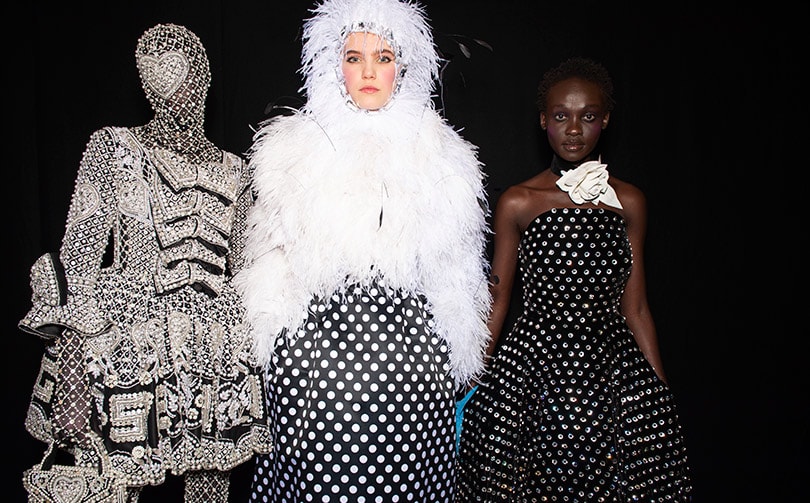 The British Fashion Council has confirmed the first round of recipients of the BFC Foundation Fashion Fund, created to support creative fashion businesses and individuals to survive the Covid-19 crisis.

Financial grants will be given to 37 British designer businesses from the 1,000,000 pound emergency fund, with the money allocated to “viable businesses depending on their urgency and capability to come through and thrive post crisis,” explained the British Fashion Council in a statement.

Fund recipients will receive a maximum of 50,000 pounds, however, the exact amount per brand has not been revealed, and each will be given access to the British Fashion Council’s business support and mentoring from its fashion business network including DLA Piper, Eco-Age, Farfetch, FashionEx, Google, HSBC, Instagram, Lewis Silkin, Lloyds, LVMH, Mishcon De Reya, RSM, Sheridans, Taylor Wessing, The Ellen MacArthur Foundation, Value Retail and YouTube, plus individual expert one-to-one mentors from across the business value chain.

In addition, a portion of funds has also been allocated to students as the British Fashion Council looks to underpinning the future generation of creative talent.

Caroline Rush, chief executive of the British Fashion Council said: “Over the last couple of weeks, we have seen an astonishing amount of applications come through from British designer businesses all over the country, asking for help to survive the crisis.

“The need for support is immense. Our hope is to re-open the fund for future rounds, to help as many businesses as possible, and ensure the future growth and success of the British fashion industry.”

The emergency fund has been made possible through the British Fashion Council pooling together its talent support grants that would have traditionally been awarded for either early-stage showcasing support or business growth and promotion, including the BFC/Vogue Designer Fashion Fund, BFC/GQ Designer Menswear Fund, BFC Fashion Trust and BFC NewGen.

Each of the six shortlisted designers from the BFC/Vogue Designer Fashion Fund were all named as recipients for the emergency fund as each brand had already completed the judging process, explained the British Fashion Council, and the decision was made to split the cash prize and mentoring award across each of the finalists for the very first time.

The BFC Foundation Fashion Fund for the Covid Crisis has received more than 220 applications to date, added the British Fashion Council, and all applicants that did not receive funding through this round, will be informed on new rounds of funding, government support schemes and webinars to collectively help businesses in these challenging times.

While one million pounds of funding sounds like a lot, the British Fashion Council states that the “scale of the need is much greater” and has called on both the Government to step in to work with them on significant industry stimulus, and on the industry and individuals to support the BFC Foundation Fashion Fund through donations so that more businesses can be supported at this time.

The British Fashion Council estimates that 100 million pounds of support in different forms will be needed to help protect this decade’s generation of talent over the next 12 to 18 months and that the fund will re-open for further rounds of applications so that “more meaningful support can be given”, every time the 500,000-pound milestone is reached.

Donations towards the next round of funding have already been received from Alexander McQueen, Browns, Clearpay and Coach Foundation and the British Fashion Council is calling on others in the industry to do all they can to support others during the Covid-19 pandemic.