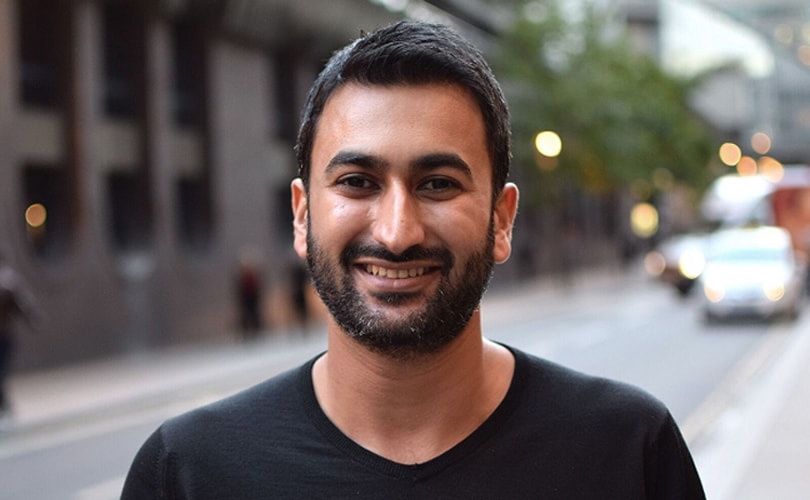 Mandeep Singh is a busy man. FashionUnited catches the CEO and co-founder of e-commerce platform Trouva on the phone in between meetings and a heavy schedule of appointments. Nevertheless, Singh is chatty and evidently in a good mood. He has reason to – Trouva has just hit a big milestone with the expansion into Germany, the company’s first foray into a market outside of the UK. The move is set to be the stepping stone to further, global expansion following a 10 million USD (7.5 million Pounds) cash injection from high profile investors at the end of last year.

Singh set up Trouva in 2015 with co-founders Alex Loizou and Glen Walker as a curated marketplace for independent bricks and mortar boutiques with the aim to “merge the world of online and offline and give smaller businesses the opportunity to compete with bigger businesses,” he explains. In just three years the company has grown to offering more than 90 000 design-led products across homeware, lifestyle and fashion, and has attracted 450 of the best UK boutiques; and, as of last month, a further 20 in Berlin and counting.

Trouva’s growth has been rapid and by all accounts impressive. The company has been recognised for the second year running as The Next Web’s Tech5 list of five fastest growing technology companies in the UK, as well as the 8th fastest in Europe, with revenue growth of 3,332 per cent over the past two years. And it doesn’t end there. In fact, Berlin is just the start: Singh aims to develop Trouva into a “billion-dollar business”, he reveals.

However, Trouva’s seemingly overnight success did not come about by fluke. “A lot of hard work has gone in behind the scenes, which you don’t necessarily see at the front end. You can’t plan for success, but we’ve been ambitious from the start and we’ve built the site with big goals in mind,” says Singh, who worked as retail strategy consultant at OC&C, advising the likes of Arcadia Group, DFS and Asda Walmart prior to launching the Trouva. It’s here that he saw the impact online was having on offline, and the idea for the site – which derives its name from the French ‘Trouvaille’, a ‘lucky find’ – was born.

Essentially, Trouva is a technology platform which allows bricks and mortar independents to sell online. Singh sees Trouva as the “antithesis to Amazon”. He explains: “Amazon is good for when you know exactly what you want. It’s not about products you love, just what you need. It’s basically a big, faceless warehousing operation, where these days not even people but bots are collecting and packaging the items. Trouva is the complete opposite of that. We are working with a network of the best independent boutiques who have carefully curated beautiful, design-led products. We are bringing all of them together and enabling them to sell via one platform to a global audience,” he says.

It goes without saying that Trouva is very picky about the stores it accepts, and there’s a thorough vetting process before boutiques become part of its community. “Choosing the right shops is the most important aspect. They have to be truly amazing independents with a great bricks and mortar presence, identity and following. We’re focused as much on the person who runs the boutique, their vision and aesthetics, as on the products themselves. Quality is far more important to us than quantity. We turn down a lot more stores than we accept,” says Singh. Trouva’s stores include gems such as Nola in Brighton, Maze in Bristol, The Wearer in Islington, ALC in Edinburgh, and now The Amazing Crocodile Design Store, Mitte’s Type Hype and Moeon in Berlin – quirky premium lifestyle stores which have a unique brand and product proposition.

By signing up to Trouva, shops in turn get access to the site’s state of the art technology, including its own in-store inventory management software, real-time logistics platform and AI machine learning, benefiting from the economies of scale that would otherwise be impossible in isolation. End-to-end management of all logistics and delivery (including click and collect and worldwide shipping) are part of the package. Consumers, meanwhile, can shop across all stores with one basket and one flat rate for shipping in the UK and internationally, regardless of how many boutiques they are buying from in one transaction.

According to Singh, signing up to Trouva is a win win situation for independents, especially if they already run their own e-commerce arm. “Their own websites are great for attracting existing customers who already know about them. But by being part of Trouva, they are opening themselves up to a truly global customer base and turn their offline shop into an online powerhouse,” he says. Some indies have reportedly already generated sales in the region of 100 thousand pounds (130 thousand USD), while others are closing down their own e-commerce websites to just operate via Trouva, says Singh.

The $10m Series A funding from Trouva’s backers, BGF Ventures alongside Index Ventures, one of Europe’s largest VC funds and investors in Farfetch, Asos and Etsy, as well as Octopus Ventures (backers of Secret Escapes and Graze), has set the foundations to take Trouva global and replicate the success to date in other markets. After Berlin, other German cities are to be added shortly, followed by launches across Europe, and ultimately around the world. “We want to be the global destination for the best independent shops in the best cities in the world, whether that’s London, Berlin, Paris or Tokyo,” says Singh. He is confident that Trouva’s business model and technical set-up is unique enough to withstand competition, either from other, perhaps regional, platforms or top dog Farfetch. “Farfetch is an amazing company; some of our investors also back Farfetch. But Farfetch is very much about the luxury market where customers will spend 500 pounds (660 USD) in one go and more. We are pitched at the premium end; our customers would typically spend between 50 to 100 pounds (65 to 130 USD) in one transaction, so our market level is very different,” says Singh.

Last year Trouva invested in a technology centre in Lisbon, Europe’s up and coming tech capital. Other than pragmatic reasons, such as same time-zone and high standard of English, Singh also cites attracting the best developers as a key reason for the move to open in the Portuguese capital. With Trouva’s international – and particularly European – expansion plans, does this also have anything to do with Brexit? “Indirectly, yes,” says Singh. “I’m not worried about imminent change or impact on our business, but it is in the back of my mind. We need to attract the best tech talent and developers in the business, but it has become harder to hire skilled people who want to come to London. The uncertainty of what is going to happen with Brexit is a big psychological barrier for many. So having Lisbon as an alternative also serves this purpose, in addition to being Europe’s main tech centre,” he adds.

Considering Singh runs a thriving e-commerce business, his vision of the future of bricks and mortar retail is surprisingly optimistic. “Bricks and mortar is not going to die. Online is merely changing how people shop offline; it will be more about brand experience and brand building. Consumers still like to touch and feel products in store, but they won’t necessary buy them in-store, and instead order online at their convenience. Or, someone might order something from the other side of the world and has it delivered to their nearest boutique via click & collect. The future of retail will be about a great omni-channel experience that is seamless and global,” he says.

Photo courtesy of the brand