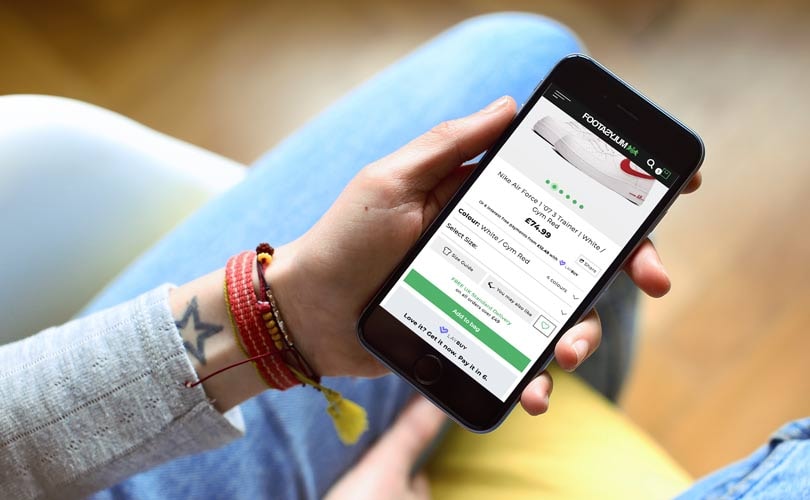 Laybuy launches in the UK with Footasylum

Footasylum will offer UK shoppers the buy-now, pay in six option, allowing customers to spread the cost of purchases over six weekly automatic payments, with no interest, using Laybuy, a rival to Klarna.

The new payment option has no hidden costs or extra fees, shoppers simply need to sign up at the Footasylum checkout, choose their payment day and the rest is done automatically, states Laybuy.

However, it does add that customers will have to complete an Experian credit check before allocating shoppers a spending limit to ensure that the platform is used responsibly. Users that fall behind on their payment schedule will immediately have their accounts frozen.

Clare Nesbitt, chief executive of Footasylum said in a statement: “At Footasylum, we know our customers want access to the latest fashion trends. From today, shoppers will have the option to bag their favourite items straight away and spread the cost over time, without any additional charges or interest fees. By choosing to pay by Laybuy it’s a win win for our customers, enabling them to juggle both sensible budgeting and style.”

The partnership will see the option to pay by Laybuy made available to Footasylum customers on its online store from today, March 11, with the in-store payment option being launched in Footasylum’s 70 UK high street stores later this year.

Laybuy was launched in New Zealand in 2017 and the fully integrated buy now, pay later service payment platform is now available with more than 3,750 retail merchants in its home country, and according to the company, 8 percent of the country’s voting population has signed up to the platform.

“We’re incredibly excited to bring our service to Footasylum shoppers in the UK,” added Gary Rohloff, managing director and co-founder of Laybuy. “Our research here in the UK indicates that there is a demand for weekly repayment options – in fact, this is the most common way for people to budget. Given this, we’ve developed a solution that allows shoppers to buy now and pay back over a short period of time in manageable repayments at no additional cost.”

The Klarna rival is looking to expand international, and it recently expanded into Australia, and its partnership with Footasylum marks the first major retailer in the UK to use its payment options.

The platform also absorbs all credit risk on any transaction, safeguarding its retail partners and removing fraud risks, as well as paying all merchants up automatically to offer a “frictionless experience” both online and in store.