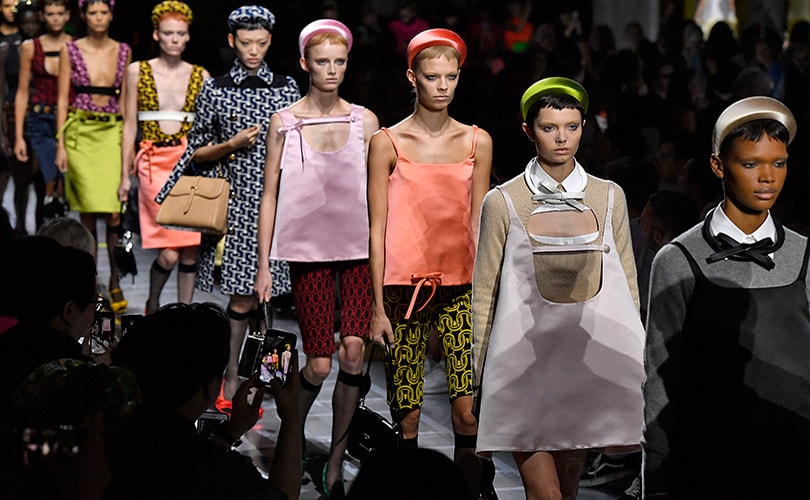 One more fashion week season is behind us. Time to look at what the catwalks from Paris, Milan, London and New York have in common. These are the main trends which we’re likely to spot everywhere next Spring, according to retail technology company Edited, which delved into every single one of the season’s fashion shows. 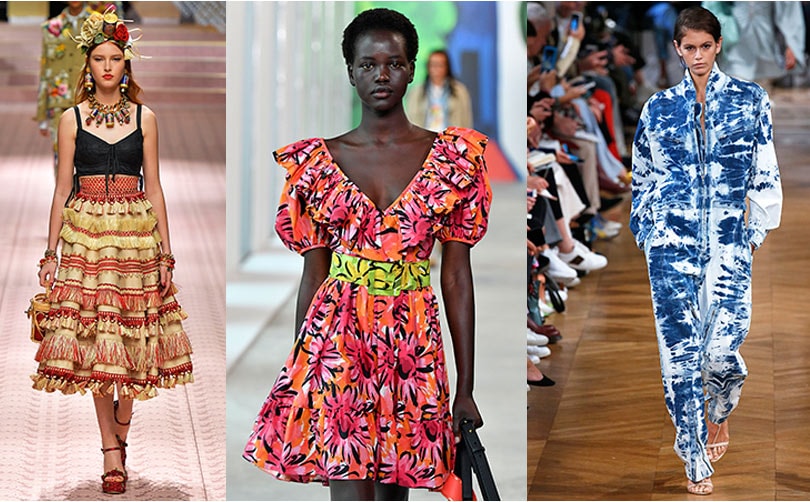 Our generation travels more frequently than ever before, which has caused the fashion industry to increasingly cater for the needs of mobile citizens. This season has seen many designers draw inspiration from travel in their creations: Bermuda shorts, Sarong-like wrap skirts and tie-dyed T-shirts were present on the runways of all four cities. Basically, brands want consumers to feel like they’re forever on vacation. 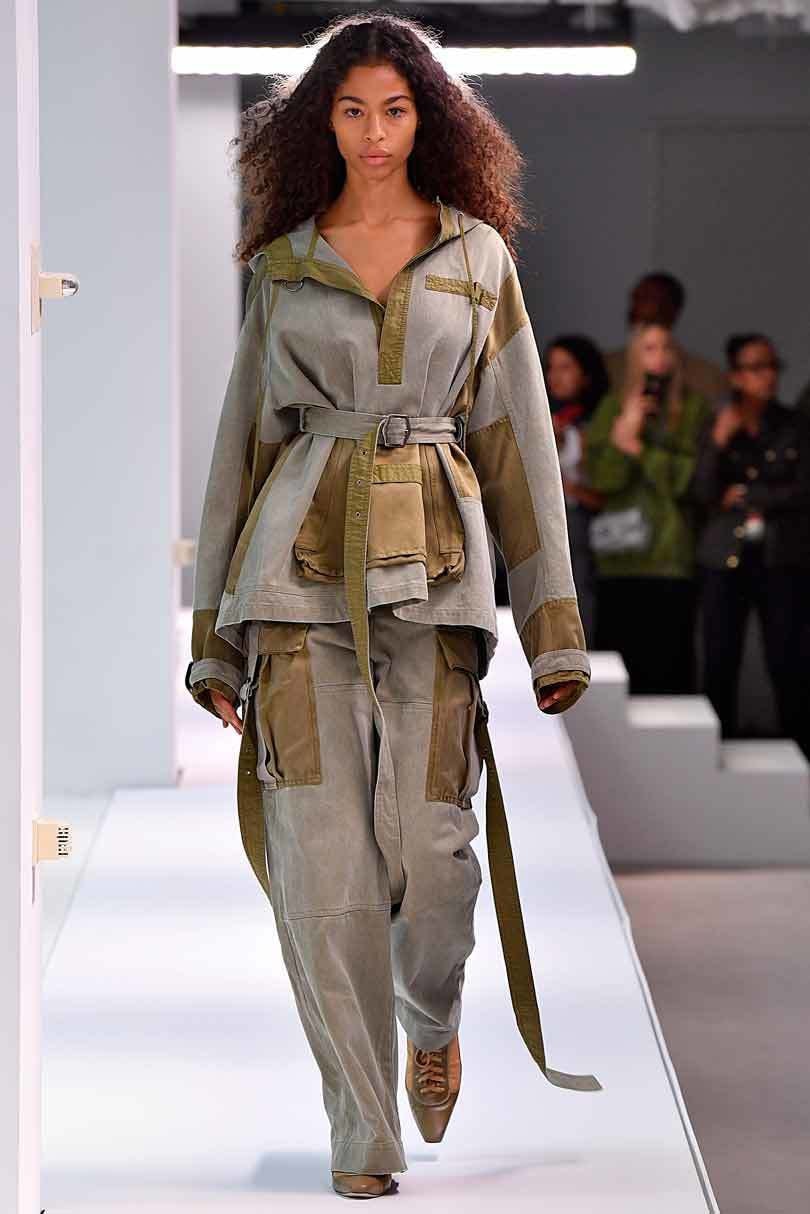 Cargo pants are making a comeback. According to Edited, the style has increased 103 percent in retail in the last three months, and it’s set to grow even more next Spring. On the runways, it appeared mostly in khaki and muted military colors. 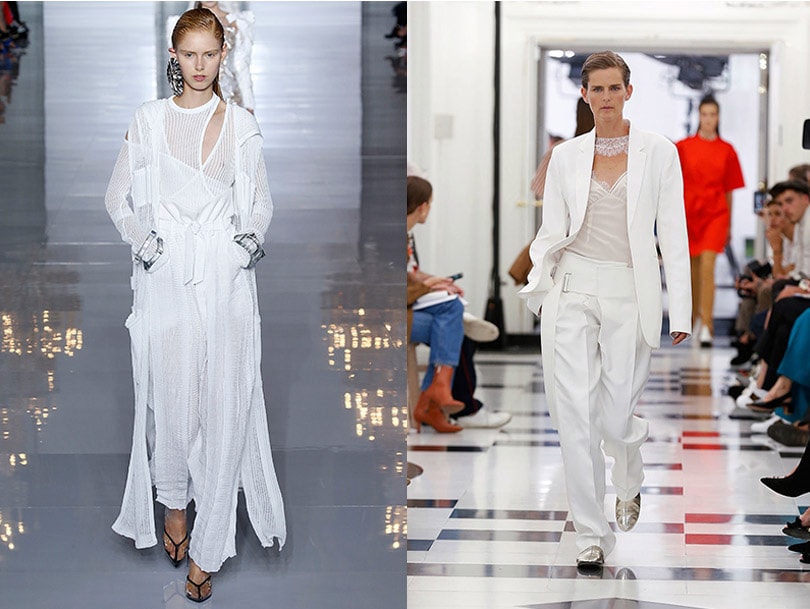 Many fashion featured models wearing a single color from head to toe. All white looks were particularly popular, but monochromatic looks in vivid shades made several appearances on the catwalk too. The chart below shows the most used colors of the season, as verified by Edited. You can also check out Pantone’s color predictions for next Spring here. 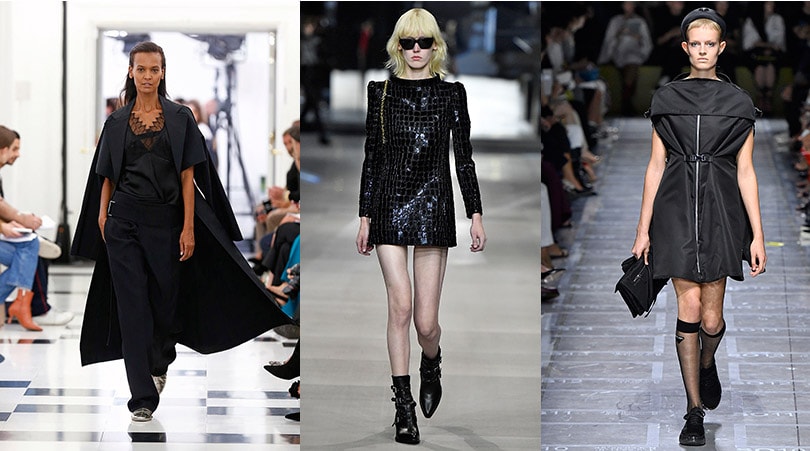 Black is the new black

Speaking of monochromatic looks, all-black outfits also had a strong presence on the Spring/Summer 2019 catwalks. According to Edited, retail is already warming up for this trend, with a 64 percent increase in new arrivals of black womenswear between July and September, compared to the same period last year. 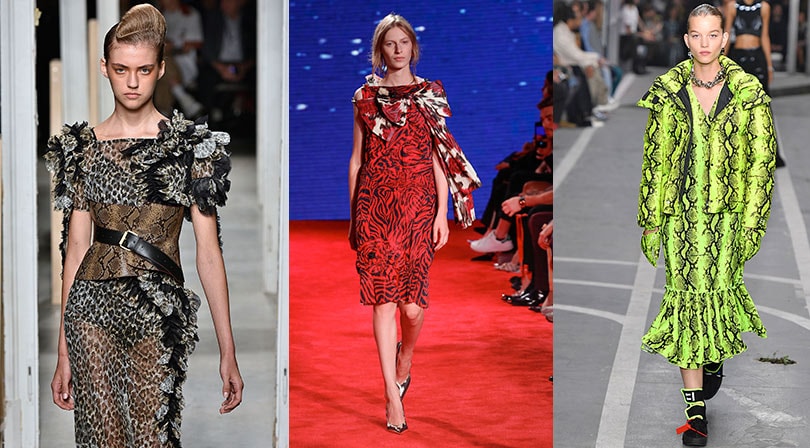 Animal print was the third best-selling print in the last month, even though it represented just 6 percent of new printed arrivals in womenswear. Leopard and cheetah prints dominated street style, but on the catwalk we saw all sorts of animal prints: snakeskin, crocodile, zebra, tiger…