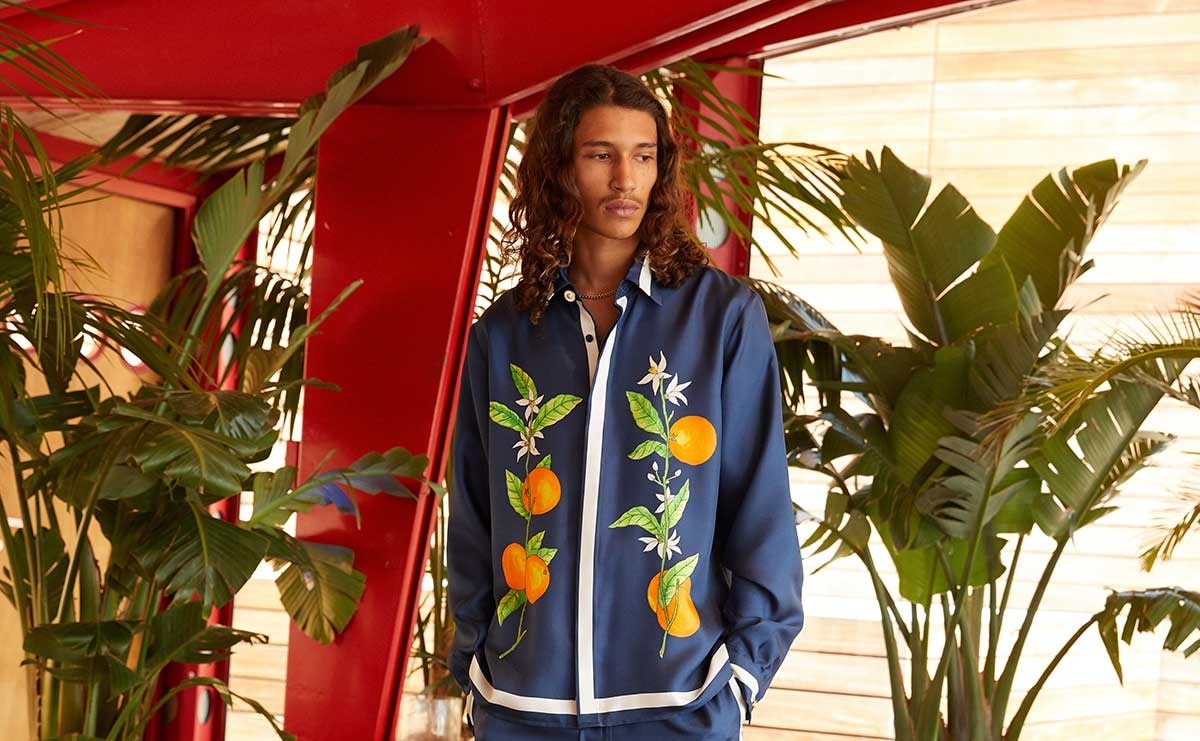 Casablanca designer Charaf Tajer has collaborated with Maxfield's Prouvé House, and has taken over the space transforming it into a tennis court with Moroccan carpeting in coordination with the Coachella music festival in California. The 17-piece capsule collection collection will be sold exclusively at Maxfield's store until April 20.

Tajer's Casabalanca brand has been growing very quickly, filling a market that very few brands do called après-ski. The brand has quickly found a market among the hip-hop crowd and its fans, with Casablanca's first runway show in Paris being attended by A$AP Bari, Octavian, and Gunna who walked in the show. 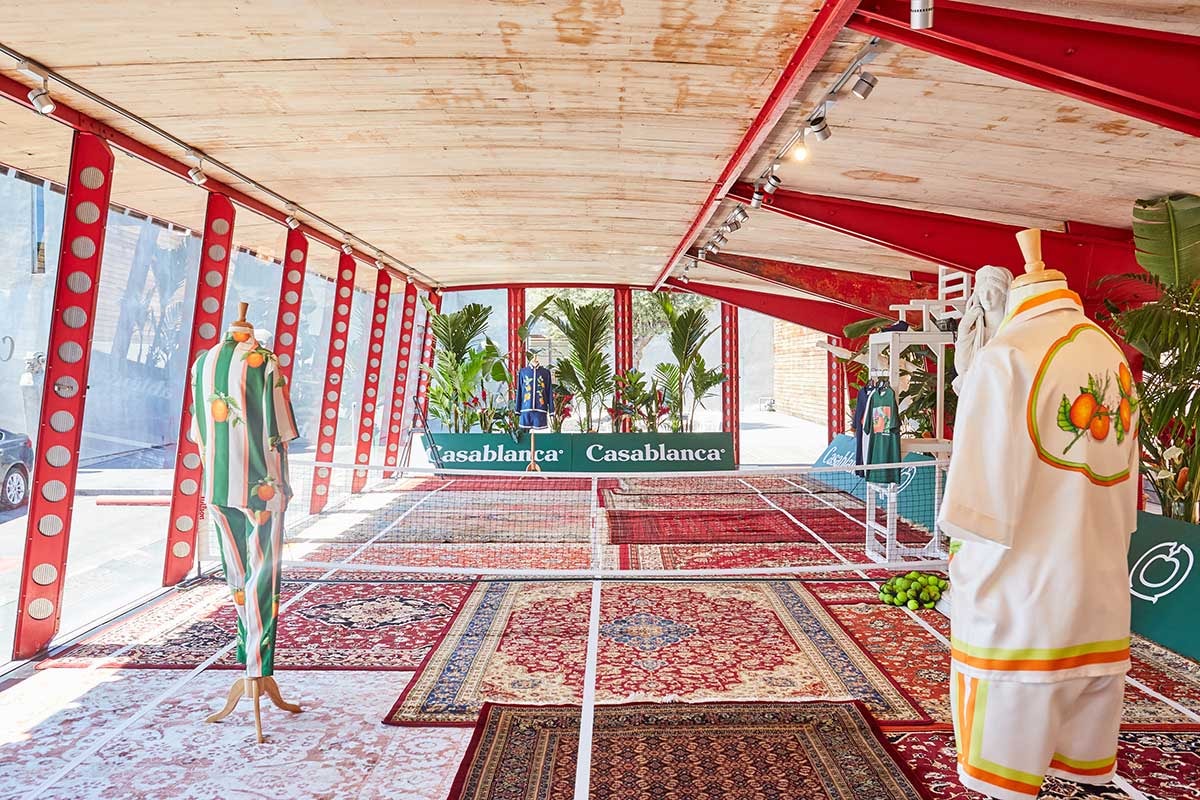 The Casablanca x Maxfield collaboration brings a new take to music festival style. Whereas many are used to the Urban Outfitters chic style looks, lots of fringe, and flower crowns, Casbalanca gives the menswear side of things a more luxurious take with silk shorts and shorts combos, and graphic T-shirts and caps. Price points for the collection range from 85 to 730 dollars.

As Coachella has become more consumer facing, fashion brands are making sure that they get in on their piece of the market share. Coachella shopping events are becoming just as much a part of the event as the actual musicians, performers, and after parties themselves. As retail works on becoming more experiential, events like Coachella become an easy way for brands to do that as consumers are driven to have everything perfectly curated for their social media accounts from their videos of performances to the brands they are hashtagging in selfies.