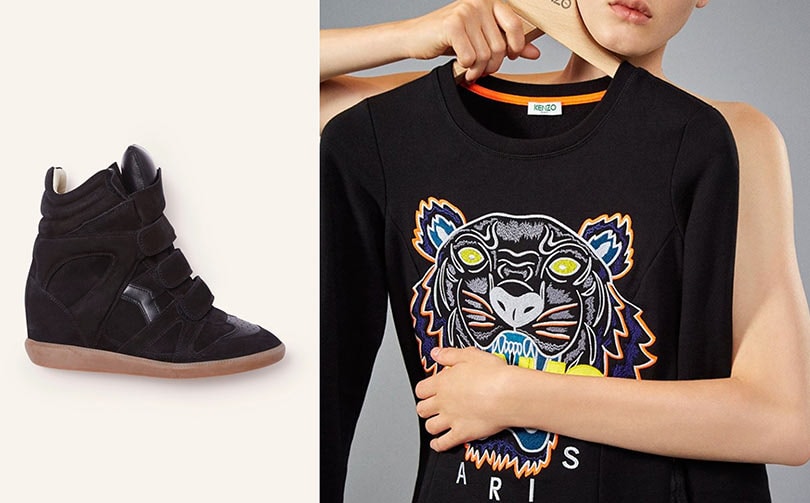 Fashion pieces and trends that defined the decade

The decade closes and took with it it’s signature feminine silhouettes and accessories. From the Bekett wedge sneaker from Isabel Marant to the long pleated skirt from Dior, including the shoulder jackets from Balmain, the army trend and the influential minimalist-intellectual wardrobe from Phoebe Philo for Celine, FashionUnited has picked up the pieces and the most memorable trends launched between 2010 and 2019.

The decade opens with the influence of an American series with a polished aesthetic: Mad Men. The Fifties and Early Sixties wardrobe of women's roles left their mark on the minds and gave rise to desires for flared silhouettes. Prada's fall-winter 2010 collection sets the example by proposing a retro look, with hair pulled back into a voluminous bun and a pronounced waist. 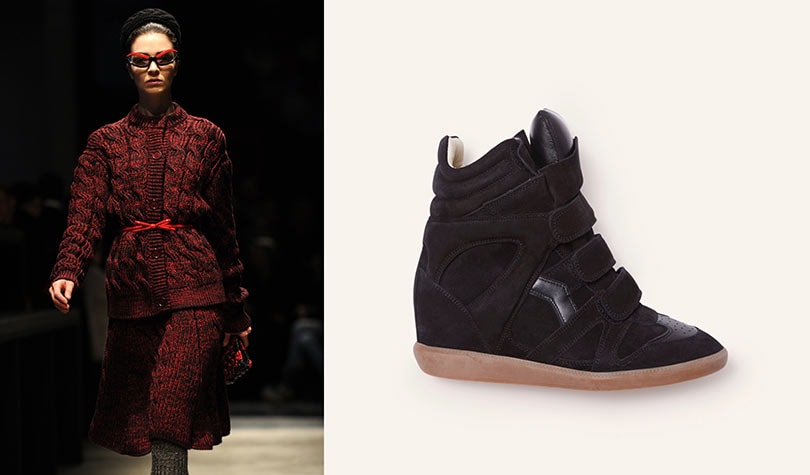 As fashion embraces the look of Joan Holloway and Peggy Olson - heroines of Mad Men - Isabel Marant's studio on rue de Charonne is designing a sneaker for her fall-winter 2010 collection that will be copied many times: the Beckett sneaker. A sneaker with velcro, whose wedge heel is hidden in the design of the shoe for a trompe-l'oeil effect. 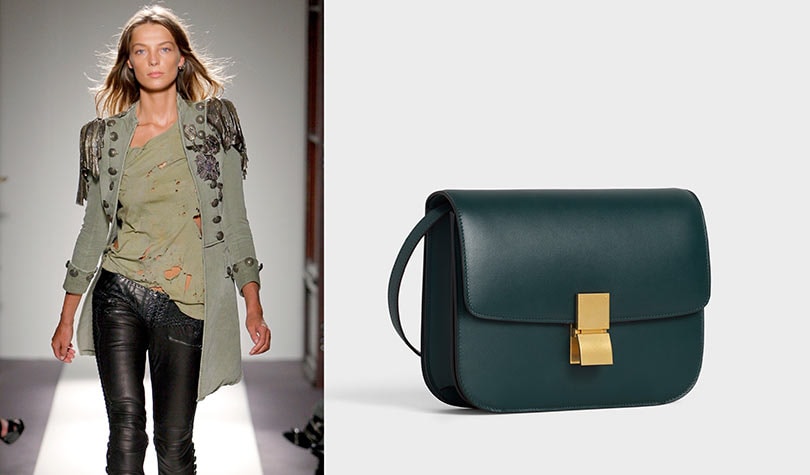 Launched a few seasons back at the time, the "balmainmania" is still present in 2010. Structured shoulders and a slim silhouette define the codes of Christophe Decarnin's wardrobe, then Balmain's artistic director. The khaki fracs and the officer's jacket with the glittering shoulders of the spring-summer 2010 parade will strongly contribute to the army trend.

But the green colour is not the only one to be at the top of the list in early 2010. Under the influence of the Chloé parades by Hannah MacGibbon, camel also colours the streets of fashion capitals. The creative director will also give desires of large beige capes and long nude coats.

In the semantic field of comfort: Celine's new creative director joins the iconic luxury house: Phoebe Philo and her minimalist, cerebral and demanding lines. The refined contours of her silhouettes, as well as those of her accessories, will be copied by all the major ready-to-wear chains. The English designer will notably make Celine leather goods a commercial success. Among the iconic bags: the Classic bag (created in 2009), a compact size, free of frills.

In 2012, the equipment manufacturer Adidas announces the end of the marketing of its unisex sneaker: the Stan Smith. The model, which has been renewed every season since its creation in the 1960s, hasn't had its last word, however. In 2014, the brand will relaunch its marketing and offer it the destiny we know today. Reinterpreted in a white version, punctuated by a green tongue, the shoe is unanimously acclaimed and definitively bury the ballerina model. From now on sneakers can be worn with everything, jeans, skirts as evening dresses.

For the top half, the leather jacket has become a must since Hedi Slimane took over the reins of the House of Saint Laurent. The rock aura and the androgynous allure of the influential designer materializes in a mass market version in this small leather piece, short and with a bias zip. Note: the high waist slim jeans, characteristic of Slimane's narrow silhouettes, are also making their mark. 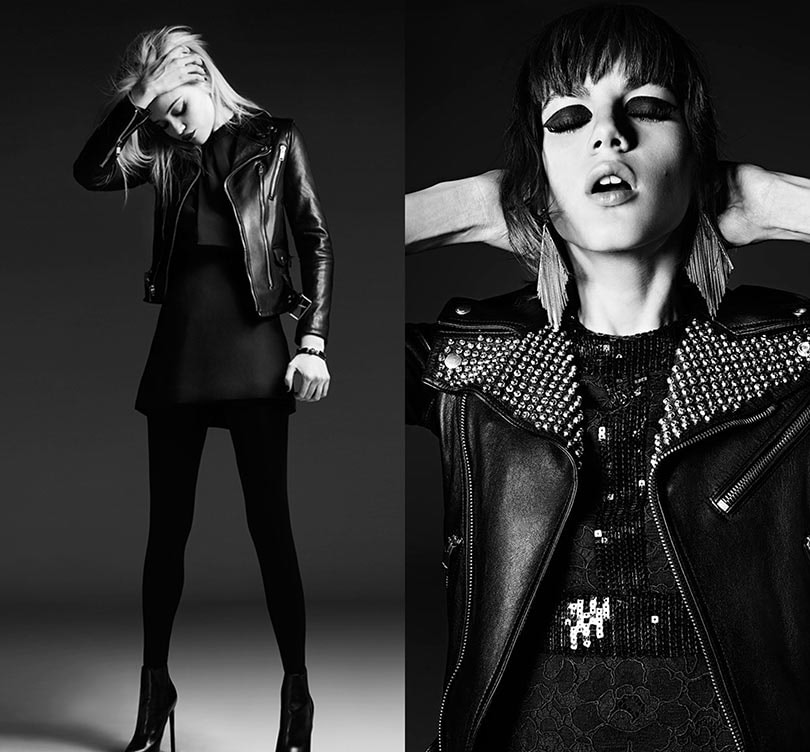 In 2012, the artistic duo Humberto Leon and Carol Lim, newly arrived at Kenzo, will launch the tiger sweatshirt. A success. Their surrealist and whimsical vocabulary, illustrated with wild animals or with an esoteric eye will be a recipe for success.

Another cosy piece of the moment: the plaid scarf. Its ample and long format is closer to that of a blanket than a clothing accessory, but it is nevertheless wrapped around the neck that this piece of great cold is seen in the metropolises. A look similar to the one that model Werner Schreyer wears on the Louis Vuitton autumn-winter 2012-2013 campaign.

As for footwear, the comfort imposed by the unanimous wearing-of-sneakers finds a new formula in the combination of Birkenstock sandals worn with socks. Combined with a long, flowing trench coat, the bold association will be immortalized in a fashion series published by the Paris edition of Vogue magazine in 2013. From then on, the trench coat with the airy drop becomes an "it".

In 2014, fashion is blurring the codes even more and mixing casual and dressy wardrobe. Jogging becomes a suit, worn at the office, paired with a pair of white Stan Smith. In wool, mottled grey or chic fleece, the new piece is called jogging pants. It introduces one of the most important turning points in fashion since the beginning of the millennium: the popularisation of streetwear and its introduction into the luxury sector.

Rapper Kanye West's first collaboration with Adidas in 2015 also helped lay the foundations for the streetwear era. This collaboration, entitled "Yeezy Season 1"mainly consisted of pieces in the army style and large sweaters with holes.

Present in the 2015-2016 winter collection of Saint Laurent Paris, the bomber succeeds the perfecto. Ample and enveloping, satin or matt, its comfort and its reference to the military style seduce.

At Gucci, in January 2015, a designer entered: Alessandro Michele. Its heterogeneous universe will notably give birth to the reinterpretation of the Gucci moccasin, trimmed with fur. 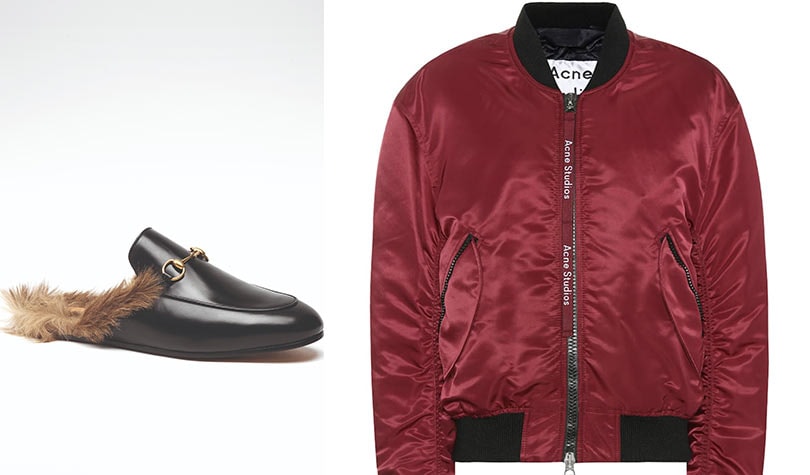 In 2016, Dior appoints a new artistic director: Italian Maria Grazia Chiuri. Her style will breathe freshness into the French luxury house, and she will be the subject of much criticism - notably for the lack of a couture spirit in her collections and the mercantile use of feminist slogans displayed on her t-shirts. Anyway, her dancer silhouette composed of a long pleated tulle skirt + casual t-shirt works. The look may not revolutionize fashion, but her princess outfits with a marked waist will influence the mass market. The pleated skirt will also be reviewed and corrected by Alessandro Michele in an iridescent version before becoming, for a while, an essential classic. 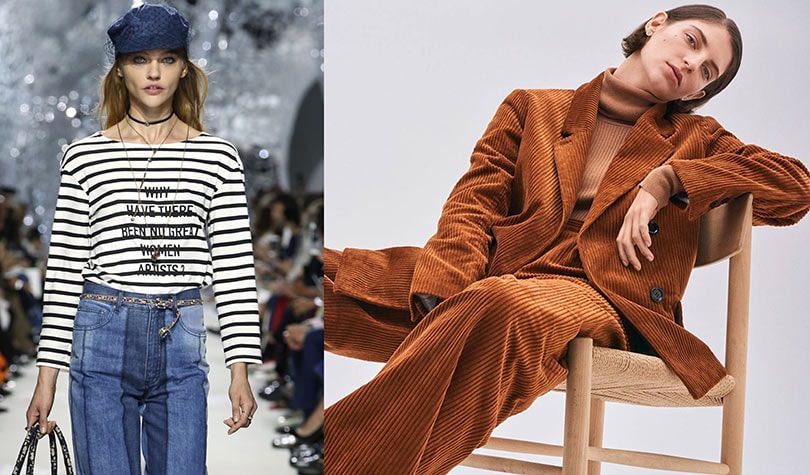 The straight cut, even loose, thick ribbed velvet trousers will become a gimmick for the winter 2017 season. Marc Jacobs, Nina Ricci and Dries Van Noten, among others, are incorporating the cozy material into their collections.

During these years, fancy faux fur coats reach the dimension of a trendy piece. Young brands such as Shrimps set the trend with coloured and/or printed pieces for a guilt-free wear, far from the rock-bohemian fur proposed by Isabel Marant at the beginning of the decade.

In 2019, the scale of accessories will shrink to midget sizes. The initial idea came from Jacquemus, the French designer and founder of a flourishing fashion house. A micro version of his "Chiquito" bag, the accessory is closer to a pendant than a handbag, but the formula is convincing and is being emulated. Many other brands will copy the idea with varying degrees of success.

When he arrived at Celine in February 2018, designer Hedi Slimane struck again. In recent seasons, the designer has made a name for himself by proposing a neo-bourgeois clothing vocabulary tinged with the 70's spirit: culottes, lavaliere shirt, wide-brimmed hat and turtleneck.

This article was originally published on FashionUnited.FR, translated and edited by Kelly Press.