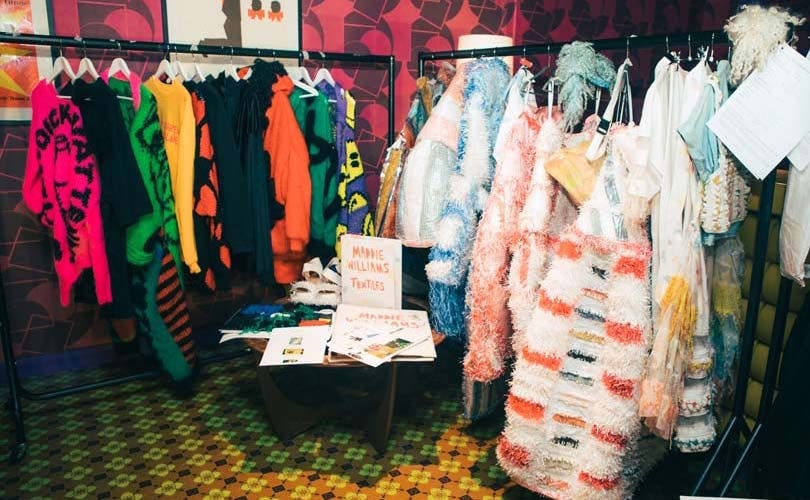 Fashion Scout names Ones to Watch for SS19

International showcase for emerging talent Fashion Scout has named the three designers who will take part in its collaborative Ones to Watch spring/summer 2019 showcase in the vestibule catwalk hall at the Freemasons’ Hall location during London Fashion Week.

The three designers taking part in the group showcase are - Aucarre, Nous Etudions and Price on Request, who were chosen by a panel of industry experts including Martyn Roberts, Fashion Scout’s founder and director, Ida Petersson, womenswear buying director at Browns and fashion stylist and show producer Joe Toronka.

Aucarre was founded by the twin designers with Greek origins, Eirini and Dimitra who both after graduating with a BSc in Bimolecular and Genetic Science, moved to London to study Fashion and Arts at Central Saint Martins in BA Fashion Design with Print and Knitwear. During their journey to launching their own label, the sisters assisted designers at international labels including Mary Katrantzou, Gucci and Chanel.

Commenting on winning Ones to Watch, Aucarre said on Fashion Scout’s website: “Ones to Watch is an opportunity for us to communicate with the world after taking the risk to pursue our dream and leave our scientific background behind.

“It is really fulfilling that this supportive team believed in us and our vision among so many talented designers. We are super excited to see our creations come to life as this show will be our stepping stone for making our mark.”

Use the arrows to navigate through the events ordered by date or click on a time frame (in the gray bar) to learn more.

Showing alongside Aucarre will be Argentine brand, Nous Etudions created by designer Romina Cardillo in 2014, which has built its tailoring collections around the philosophy of sustainability, veganism and non-gender traditions, and Price on Request, based in Zagreb, Croatia is an award-winning multi gender brand established in 2016 by designer Gala Marija Vrbanic.

Fashion Scout’s Ones to Watch was created in 2014, with the aim of raising the profile of emerging design on a global scale. Previous winners have included Eudon Choi, Georgia Harding, Phoebe English, Helen Lawrence, Edda and I-Am-Chen, who has gone on to win the spring/summer 2019 Merit Award.

Fashion Scout will present its Ones to Watch catwalk show during London Fashion Week on September 16.