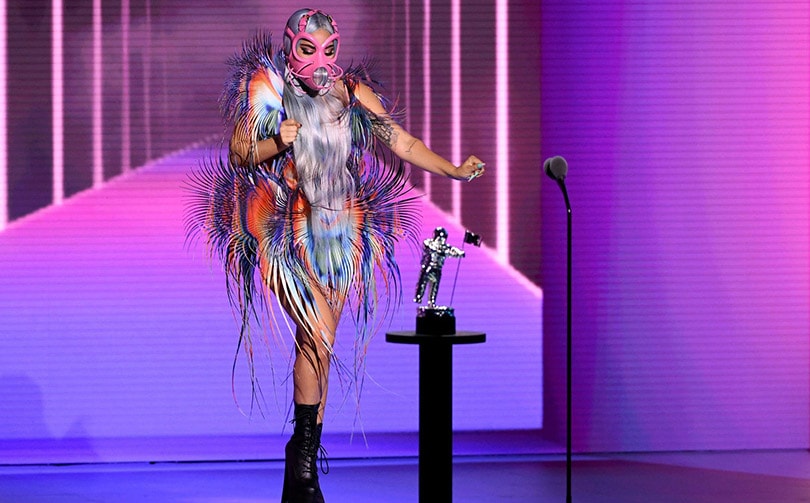 The nine different outfits that Lady Gaga wore at the MTV Video Music Awards on Monday will go on for ages: from Christopher John Rogers' meter-wide, poison green ball gown and the glittery catsuit with majestic feather cape by Valentino Haute Couture to the cloak. by Candace Cuoco, which was reminiscent of large folded metal plates. The most poetic outfit of the evening came from Dutch designer Iris van Herpen made a creation for Gaga from satin in all colors of the rainbow, lasercut to wafer-thin fringes.

Gaga wore a matching face mask with every outfit. There was one with octopus tentacles, and for the performance of the song 'Rain on Me', a mouth mask on which the lyrics of the song flashed in neon letters. With Van Herpen's dress, Gaga wore a pink face mask in the shape of an insect's head, giving her something of an exotic butterfly.

Gaga received five awards during the evening: for artist of the year, song of the year, best cinematography and best collaboration for the track 'Rain on Me', and the new Tricon award, for artists who excel at at least three different disciplines. During her last speech, Gaga called on the public to also wear face masks, 'as a sign of respect' during the time of corona. 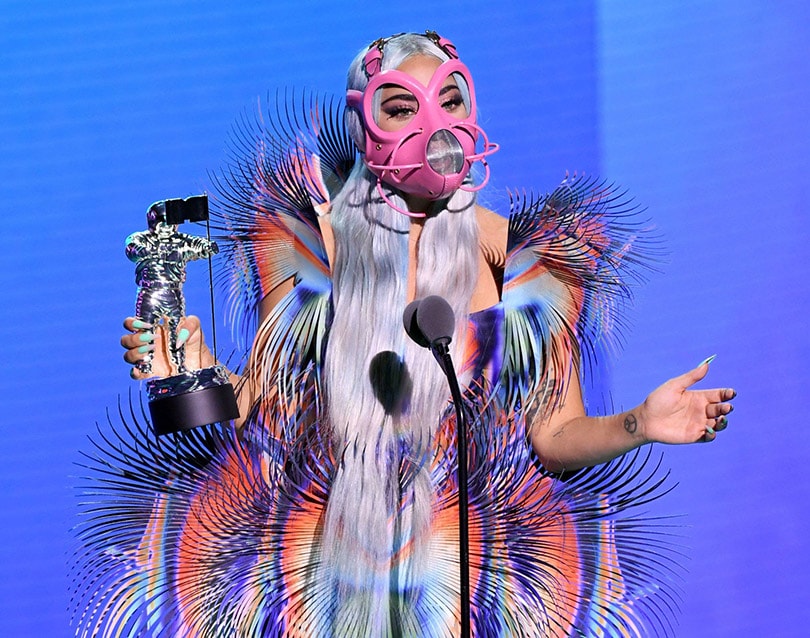 The VMAs was one of the first award shows to air in the United States since the outbreak of the corona pandemic. The program was a combination of awards and shows on video, and live performances without an audience. Other winners of the evening included The Weeknd, Taylor Swift and Megan Thee Stallion. 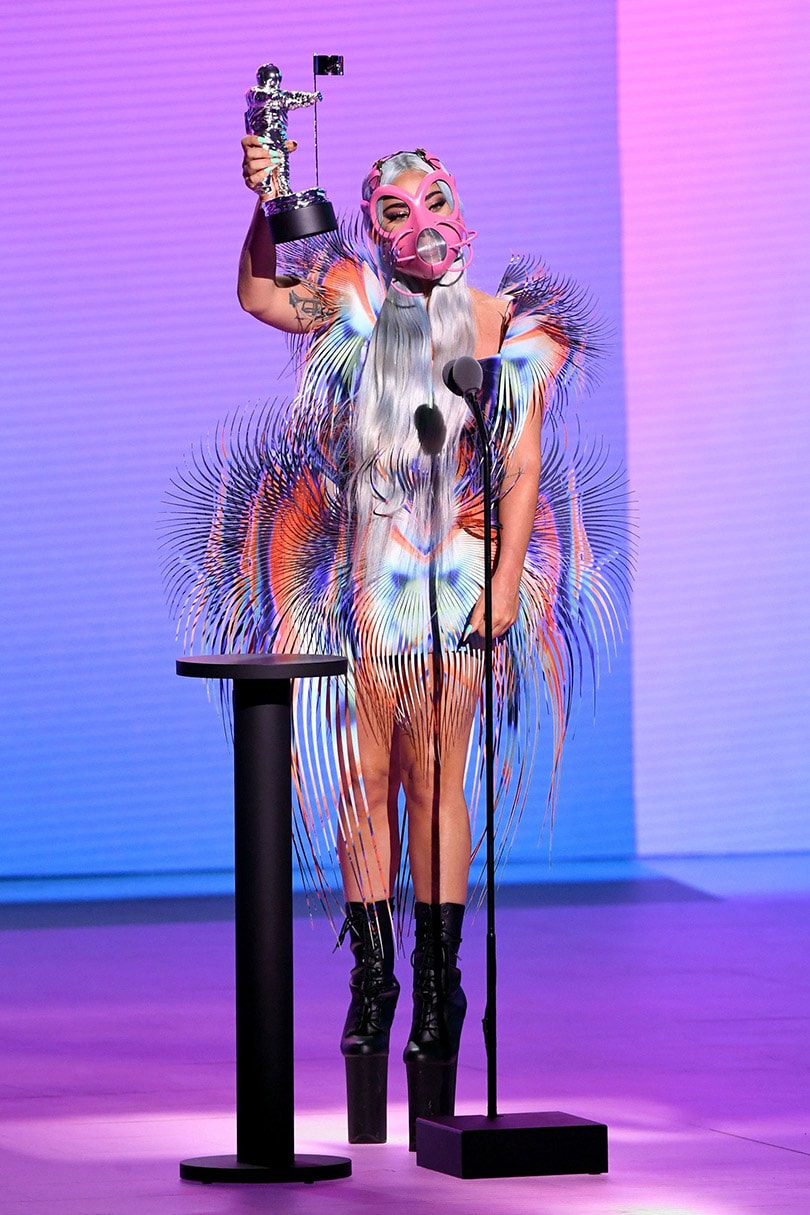