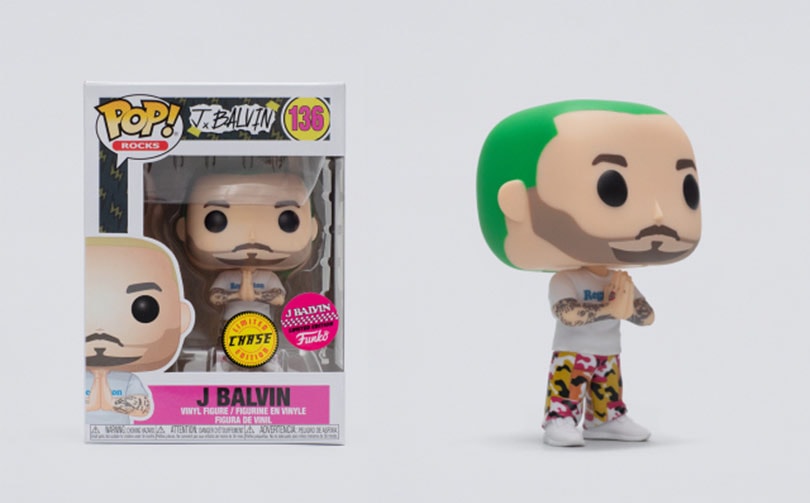 The new direct-to-consumer product release method has been designed to allow brands to launch or auction products, while offering StockX members exclusive access.

Designed to support StockX’s commitment to amplifying culturally relevant brands and creatives, DropX is the latest product release method from the leading resale marketplace, and aims to complement its StockX’s IPO (initial product offering) model, where the marketplace does blind Dutch auctions for limited-edition collections and items.

“At StockX, we have built a global platform around digital-first innovation designed to disrupt commerce as we know it,” said Deena Bahri, chief marketing officer at StockX in a statement. “In line with our revolutionary IPO model, which empowers buyers to set their own retail price, DropX is yet another example of the ways in which StockX blurs the lines between retail and resale.”

The first product launching is a J Balvin ‘Green Hair’ Chase figure by Funko Pop! Rocks, retailing for 40 US dollars and limited to 500 pieces.

Balvin first teamed up with Funko Pop! in October 2019, releasing collectable toys in his likeness, but this inaugural DropX features a version that only those closest to the four-time Latin Grammy winner have had the opportunity to access until now.

"I'm excited to partner with StockX to release this Funko figurine because they're the best place for me to find rare items that I can't find anywhere else,” said J Balvin. “It only felt right to release this with them."

This will be followed up on August 13 with a collaboration with London-based designers Carri Munden and Liam Hodges, who will launch a collection entitled ‘Chaos Lost’ featuring 75 limited-edition T-shirts, combining archive Liam Hodges and Cassette Playa graphics for 100 US dollars, which also includes individual DIY customisation graphic packs and a ticket to a live, virtual customisation workshop with both designers on August 18.

The third drop on August 18 will be with Tommy Bogo’s Tombogo who will release 10 cargo caps in collaboration with New Era, accompanied by patches for customisation, starting at 120 US dollars and scaling up to 150 US dollars.