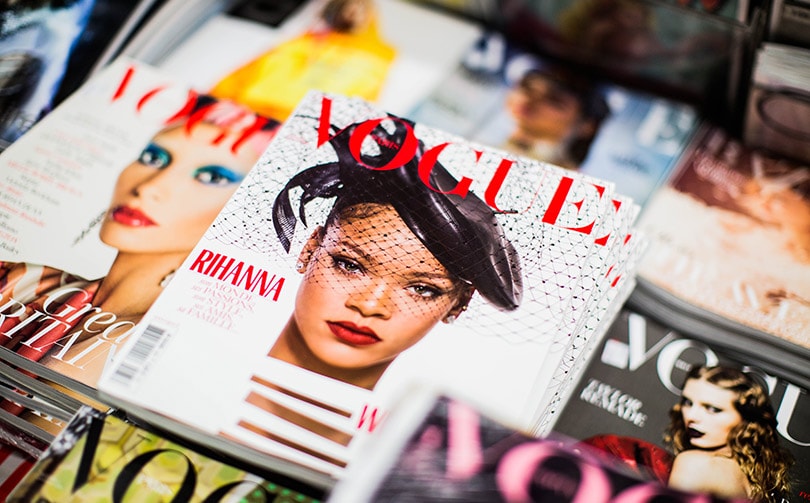 For the first time in Vogue’s 128-year history, all its issues unite together in the theme of ‘Hope’.

Marcus Rashford, England and Manchester United F.C footballer, is starring on the latest issue of the British Vogue edition after his campaign drove the government to change its policy on free school meals. Alongside him on the cover is Adwoa Aboah, model and mental health advocate. The cover is titled: Activism Now.

Misan Harriman is the first black man to photograph the cover of British Vogue’s magazine in its 104-year history after his imagery of London’s Black Lives Matter protests in June was spotted by Edward Enninful, British Vogue’s editor-in-chief.

“In this case, the failure would have been me not standing up for all of those people that didn’t have a voice,” Rashford said in a statement to British Vogue. He partnered with FareShare and helped raise more than 20 million pounds to keep school meal vouchers going through lockdown and the summer by sharing his story.

“I’m a Black man from a Black family and I will eventually have Black children. I want my children to grow up in a world where regardless of the colour of your skin you have the same opportunities to succeed in life. No one person is more important than the other,¨ he added.

In each of the 26 magazines in the September edition, published in 19 languages, a portfolio of imagery celebrating ‘Hope’ will be found, specially chosen by the editor-in-chief of each Vogue.

Enninful wrote in the edition: “British Vogue’s September issue is our show of thanks. When all is said and done, it’s clear that 2020 will be remembered as a tough year, but also as a moment of necessary change. The future starts now.”

In June, Vogue’s editor-in-chief Anna Wintour apologised for mistakes made in the past: “I want to say plainly that I know Vogue has not found enough ways to elevate and give space to Black editors, writers, photographers, designers and other creators. We have made mistakes too, publishing images or stories that have been hurtful or intolerant. I take full responsibility for those mistakes.”

Photo by Charisse Kenion on Unsplash