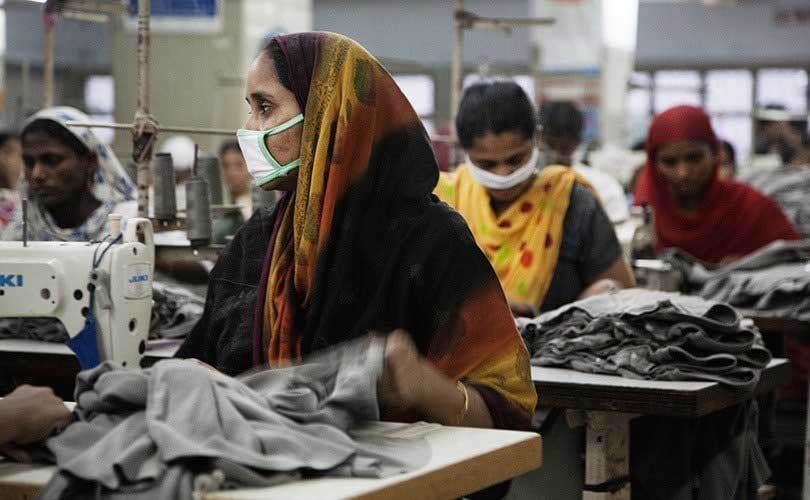 As more consumers become aware of the deplorable working conditions faced by millions of workers across the apparel supply chain, global fashion brands have been pledging to work with suppliers, governments and NGOs to make sure workers earn a fair living wage. But is that just lip service? And, even if they are taking action, are their programs actually working?

The Clean Clothes Campaign (CCC) went on a quest to find it out. In 2014, the organization published a report titled Tailored wages: are the big brands paying the people who make our clothes enough to live on?, which inspired several companies to commit to ensure living wages across their supply chain. Five years on, CCC decided to verify if they have kept their word.

The results are disappointing: “although some brands are doing more than others to promote better practices, no brand can yet show that living wages are being paid to any worker in supply chains outside their own headquarter countries”, said the organization in its follow-up report Tailored Wages 2019: The state of pay in the global garment industry.

The new study assessed 20 fashion brands, of which 85 percent said they are committed to ensuring a living wage. They were divided into five categories named A to E: A for companies able to guarantee that all workers across the supply chain are paid a living wage and E for brands which can show no evidence of a living wage being paid.

Shockingly, 19 brands were classified as E, namely: Adidas, Amazon, C&A, Decathlon, Fruit of the Loom, Gap, G-Star RAW, H&M, Hugo Boss, Inditex, Levi’s, Nike, Primark, Puma, PVH Corp, Tchibo, Under Armour, Uniqlo and Zalando. The only brand which got a different score was Gucci, classified as C because it was able to show 25 percent of its workers are paid a living wage.

According to CCC, the problem is the companies which declare themselves to be committed to ensuring a living wage have no benchmark and no strategy. “Having no benchmark indicated to us that wages being enough to meet workers’ basic needs is merely an abstract concept for their work”, says the organization. “No brand was able to show a scalable strategy for achieving a living wage within a specific timeframe”.

Due to the absence of clear targets and benchmarks, brands’ voluntary initiatives are failing to deliver a significant reduction of the gap between a living wage and what workers are actually paid, according to CCC. H&M reported a 25 percent wage increase in Turkey, an 18 percent increase in Cambodia and a 15 percent increase in China following its projects -- still, those workers are far from earning a living wage. Inditex reported a 90 percent wage increase in Turkey but the minimum wage stipulated by the state went up 60 percent in that same period. Last but not least, Nike showed an 11 percent increase in wages in Thailand in 2017, but CCC noted that their method was based on targets related to bonuses, a system which can promote overwork, stress and accidents in factories.

To add insult to injury, brands which have made public plans to encourage governments to set a living minimum wage were notably absent from public support for the protests which took place in Bangladesh earlier this year.

Brands aren't doing much to pay suppliers enough money to allow them to pay a living wage to their workers, either. Several studies have pointed out that buyers’ negotiation tactics are a big part of the wage problem, as they pressure suppliers for low prices. According to CCC, none of the companies assessed is currently ring-fencing a living wage figure into their product costs. Although some companies, like H&M, say its buyers have been trained to take a labor cost out of its price negotiation, there is no independent data to confirm this -- and the so-called labor costs are not a living wage benchmark figure.

That said, C&A, Nike and H&M were all able to show reductions in their supplier numbers in the last 5 years, achieving 39 percent, 33 percent and 14 percent, respectively. Adidas and H&M also have a policy limiting the use of repeated short term contracts with suppliers, with Nike going so far as to establish a 15 percent cap on them.

“Brands should set public, concrete, measurable steps throughout the supply chain to ensure garment workers get paid a living wage within a reasonable time frame. They should also negotiate and sign legally-binding, enforceable agreements with worker representatives that require the payment of significantly higher prices to suppliers affording them the financial capacity to pay a living wage that covers the basic needs of a worker and her/his family”, concludes CCC. Until they implement those steps, their efforts, if they are doing anything at all, can be rendered negligible.