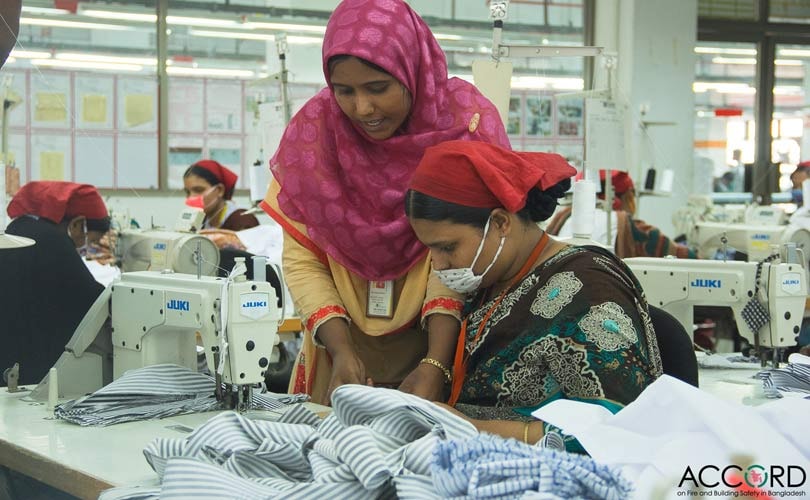 H&M Group has issued a statement about the unrest in Bangladesh after being criticized for working with garment factories in the country. Last month, thousands of garment factory workers staged an eight-day strike, calling for fair wages and safe working conditions. They claimed factories failed to implement a raise in the minimum wage announced by the state in September. The police used rubber bullets, water cannons and tear gas to disperse the protesters, killing one and injuring dozens. The strike ended after a settlement was signed by a panel comprised of workers, government officials, factory owners and union leaders. However, about 7,000 workers have been fired for taking part in the strike ever since, according to several reports by international media.

“Even though we understand and fully sympathize with the garment workers’ frustrations, we cannot encourage vandalism and violence as a means to an end. We strongly encourage peaceful conflict resolution for all parties in all situations and see ourselves as an enabler to make that happen”, the company wrote on its website.

“This is why we have created National Monitoring Committees under the Global Framework Agreement together with the global union IndustriALL and the Swedish trade union IF Metall; platforms consisting of local union representatives and local H&M group staff supporting peaceful conflict resolution within our supply chain”, added the Swedish company, one of the biggest fast fashion corporations in the world.

Three of the over 200 factories working for H&M in the country were reported to have dismissed protesters. The H&M Group has been sourcing from Bangladesh for over 30 years. In December, the company told FashionUnited in an email that its commitment to its production markets, including Bangladesh, is “long-term”.

“We understand garment workers have recently been dismissed from three factories that produce for H&M Group amongst others, and we are closely observing the situation to ensure that the documents and agreements that have now been signed are acknowledged and approved by all parties”.

Bangladesh is the world’s second largest garment exporter, according to the World Trade Organization. Apparel exports generated some 30 billion US dollars for the country in 2017. But the low prices that attract so many global fashion companies to the country are based on extremely low wages and unsafe working conditions: five years ago, 1,134 garment factory workers were killed in the Rana Plaza building collapse in Dhaka. Workers were ordered to keep working even though the building was known not to be safe. A series of reports, films and documentaries, including world-renowned The True Cost have shed light on the working conditions of garment factory workers in Bangladesh since then.

Following the disaster, more than 200 apparel companies formed a nonprofit organization to improve workplace safety in Bangladesh. Named Bangladesh Accord on Fire and Building Safety, the initiative has been ordered to leave the country by the High Court of Bangladesh last year. The Accord appealed from the decision, and the final ruling is scheduled for later this month.