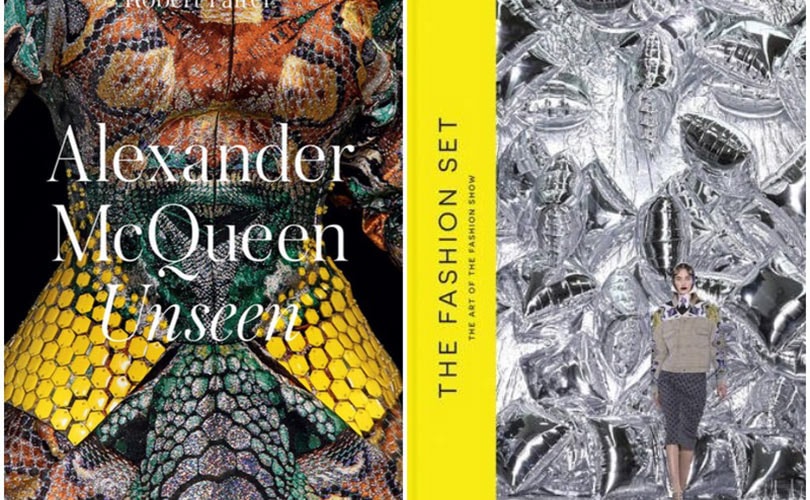 London - A coffee-table book is a key side-selling product in the fashion industry, and no fashion lover’s living is complete without a tome or two. With the holidays waiting at our doorstep, FashionUnited has made a selection of this year’s latest and greatest fashion coffee-table books. After all, a fashion book makes a lovely gift for those keen to expand their fashion knowledge, or those looking to extend their current collection or for those simply looking to marvel at the beautiful images.

A key must have for those who love fashion or baking, or both. The coffee-table book ‘Prêt-à-portea’ is chockfull of “fashionable goodies” inspired by catwalk looks of the likes of Jimmy Choo, Moschino and Zac Posen. The book also features Burberry Trench Coat cookies and Anya Hindmarch handbags made from blueberry cake. Mourad Kahiat, the head pastry chef at the Berkeley hand made the twenty recipes included in the book. The London-based hotel is known for its signature fashion inspired sweets and every season offers new cookies and cupcakes inspired by the latest catwalk looks. This delightfully sweet book is currently retailing for 12.05 pounds at Amazon.co.uk. 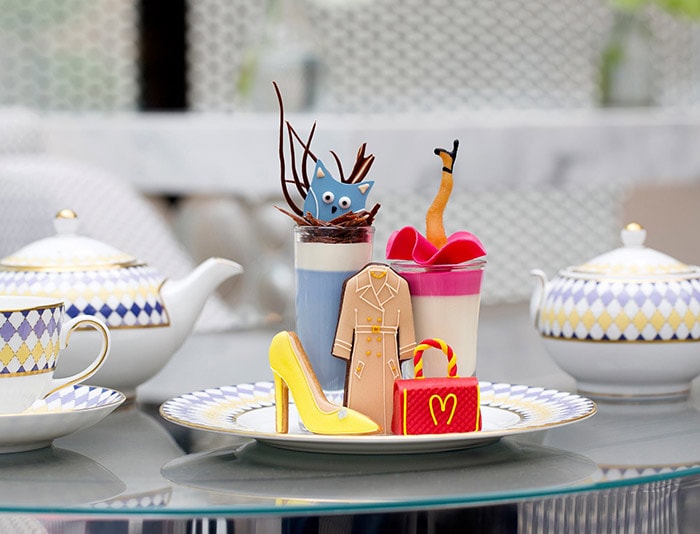 The number of fashion coffee-table books published on the late designer Alexander McQueen is close to rivalling those devoted to the great luxury kings and queens - Dior, Prada and Chanel - to name a few. However, unlike previously coffee-table books published on Alexander McQueen, ‘Unseen’ features unique behind-the-scenes images and never-before-published photographs taken by Robert Fairer. The pictures are accompanied by commentary by Claire Wilcox, curator at the Victoria & Albert Museum and the mastermind behind the V&A’s exhibition ‘Alexander McQueen: Savage Beauty.’ Together the two revisit the designers most celebrated and iconic collections and creations and shine a light on all the “grit and spirit” which made McQueen’s work truly unique. Hardcover version currently available for 31.20 pounds via Amazon. 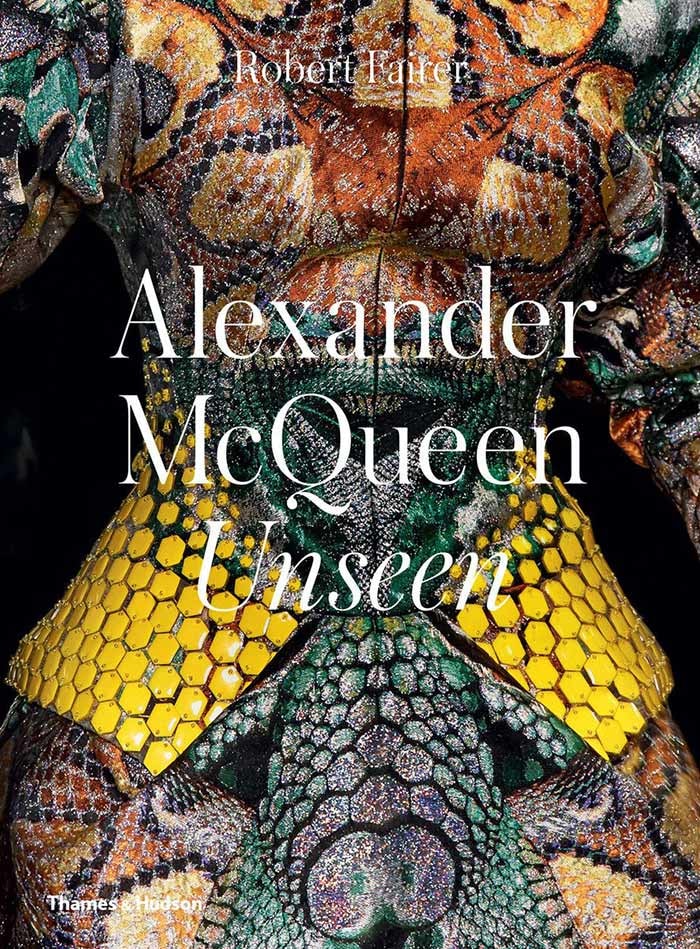 A definite must-read for all fashion, theatre and design lovers, ‘The Fashion Set: The Art of the Fashion Show’ focuses on the art of hosting a catwalk show and the importance behind presentation. The coffee-table book, written by Federico Poletti and Georgia Cantarini, also highlights the transformation fashion shows have undergone over the past decades, how they have become a work of art in their own right - at least those hosted by fashion houses able to afford it. Ranging from innovators like Dries van Noten, who marched models down a banquet table to Karl Lagerfeld, who paraded his Fendi collection next to the Great Wall of China, fashion shows themselves seem to becoming the centre of attention at times, at times even eclipsing the clothes they are designed to compliment. ‘The Fashion Set’ retails for 26 pounds at WHSmith. 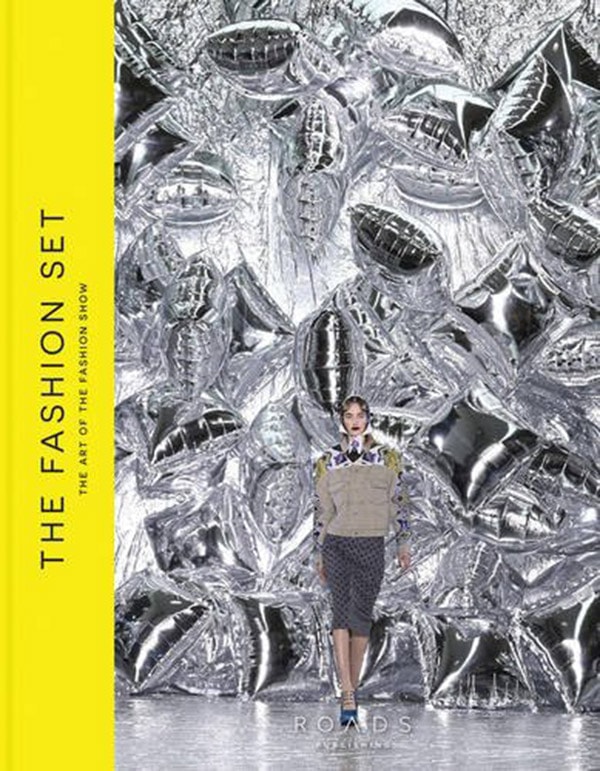 Gucci released a limited edition coffee-table book entitled ‘Blind for Love.’ The title, much as the contents of the book, act as a visual reference of the Italian fashion house’s Cruise 2017 collection presentation, which took place at the Westminster Abbey. Led by creative director Alessandro Michele, the book features photographs of the show and behind the scene pictures take by British artist and photographer Nick Waplington. The images are mixed with lyrics from ’Scarborough Fair’; an English ballad that was played during the fashion show. Only 2,000 copies of the book were created, retailing for 95 US dollars. Fun fact: the cover of the book-box set features Queen Elizabeth I, who was coronated at Westminster Abbey on January 15, 1559. 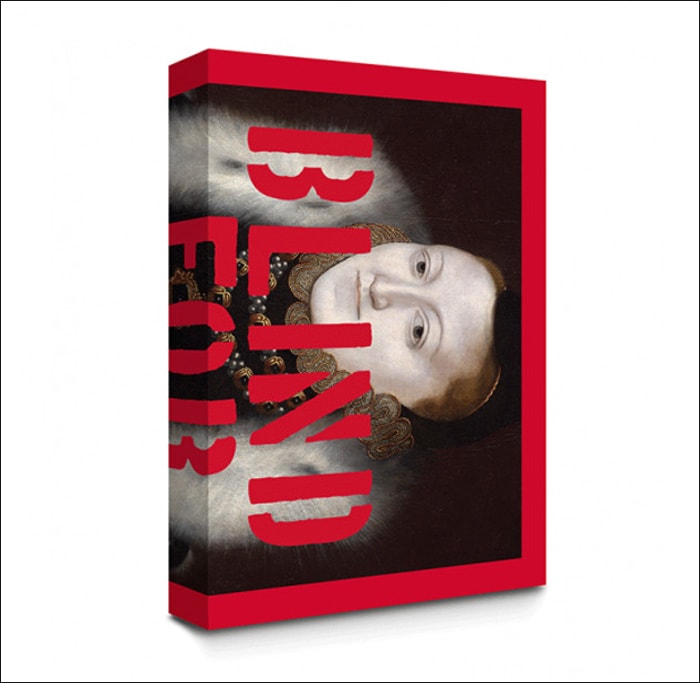 The coffee-table book ‘Victoria Beckham: Style Power’ visually tells the story of how Victoria Beckham outgrew her previous image linked to the Spice Girls and became a style icon and respected fashion designer. The book, the first dedicated to the designer’s impact on the fashion industry, documents the evolution of Beckham’s design aesthetic, starting with her debut capsule collection in 2009 up to her catwalk shows in 2016. Written by David Foy, ‘Style Power’ is the first retrospective of Victoria Beckham’s work and currently retails for 14.95 pounds. 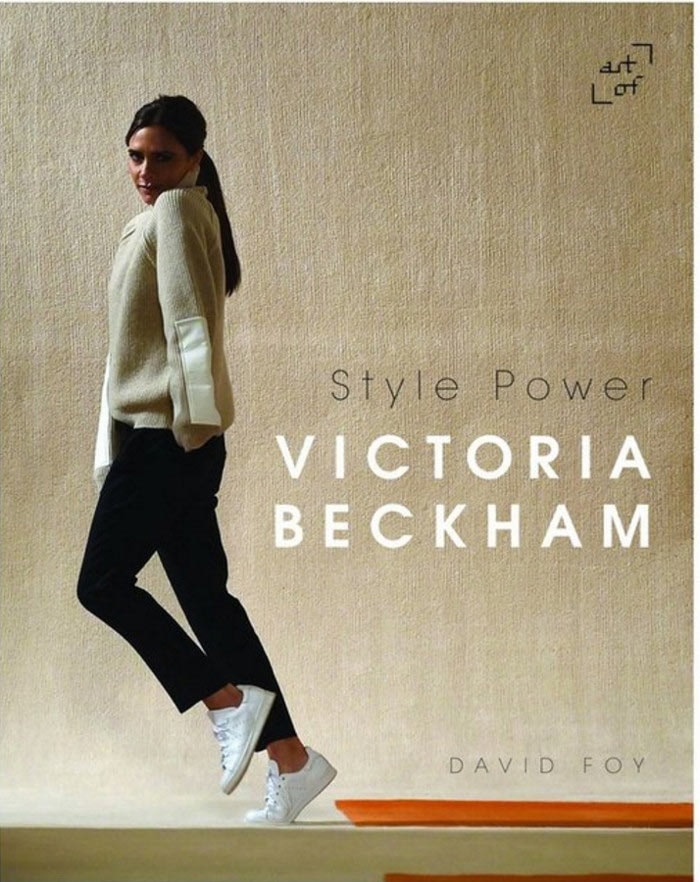 French fashion house Louis Vuitton has released five new books in one this year: ‘Fashion Eye Miami, Paris, Shanghai, California and India.’ The luxury brand commissioned both emerging talents as well as established photographers and fashion photographers, such as Jeanloup Sieff, Kourtney Roy and Guy Bourdin, to capture their city, country or region in fashion pictures. The results are catalogued in the coffee-table books, which are available separately or together in a limited edition box set.

The much awaited visual autobiography of Donatella Versace is a must have for all Versace fans. Written by the icon herself, together with Maria Luisa Frisa and Stefano Tonchi , the book follows the rise of the Italian fashion label from a family run company into one of the world’s leading fashion houses from Donatella’s point of view. ‘Versace’ features both catwalk photographs as well as backstage images from the fashion houses archive, taken by renowned photographers such as Richard Avedon, Irving Penn and Steven Meisel. The book also features a number of images of the original “supers” who modelled for Versace over the years, such as Christy Turlington, Naomi Campbell and Linda Evangelista. ‘Versace’, published by Rizzoli, retails for 95 US dollars.

70 Years of Dior By Christian Dior

In honour of fashion house Christian Dior’s seventieth anniversary, the French company has published the first volume of a seven volume series dedicated to its history. Each volume will be dedicated to the work of each designer to led Christian Dior, starting with the man himself, who founded his eponymous label in 1946. Following editions will celebrate the works of designers such as Yves Saint Laurent, Marc Bohan, Gianfranco Ferré, John Galliano, Raf Simons and Maria Grazia Chiuri. The first volume, entitled 'Dior by Christian Dior 1947-1957' is currently available at publishers Assouline in French, English and Chinese for 195 US dollars. The other six volumes will be released between 2017 and 2018. 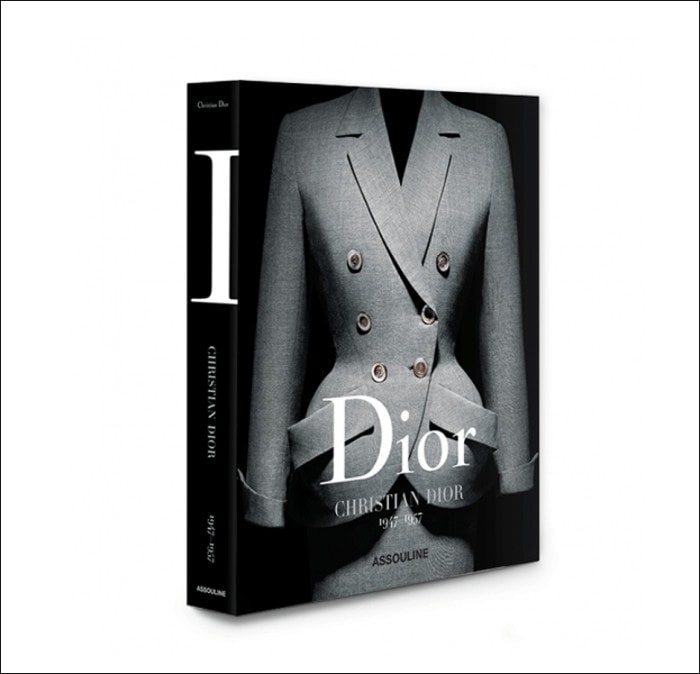 This one of a kind coffee-book offers readers the chance to marvel at the wardrobes and fashion collection of 50 of the leading ladies and gentlemen of today - think Karlie Kloss, Jessica Alba and Tommy Hilfiger. Published by TheCoveteur.com, the book celebrates the website’s 15th anniversary by sharing a glimpse into the closets of fashion designers, actors, models and musicians. The photographs, taken by Jake Rosenberg, capture their favourite pieces, accessories and collectables and offer viewers an intimate look into their lives. ‘The Coveteur: Private Spaces, Personal Style’ hardcover retails for 17.95 pounds on Amazon .

The debut book from hit-label Vetement was sold out within a day, so the brand did not wait long in releasing its second book. Entitled ‘Summercamp 2’, the 480 paged book pays homage to Vetements Spring/Summer 2017 collection, as well as their collaborations with the likes of Juicy Couture, Brioni, Champion and Manolo Blahnik. Images in this visually telling coffee-book where taken by photographer Pierre-Ange Carlotti, with the book itself retailing for 50 euro online.