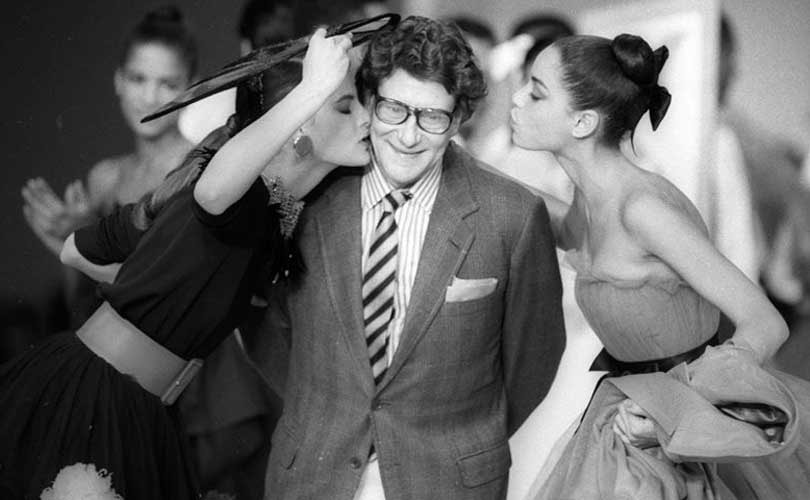 Fondation Pierre Bergé Yves Saint Laurent has announced that two museums dedicated to the late French designer will open in Paris and Morocco in autumn this year.

The foundation, which is dedicated to the conversation of the designer’s 40 years of creativity, has a collection that comprises of more than 5,000 haute couture garments and 15,000 accessories, as well as thousands of sketches, photographs and objects that will be utilised across the two museums.

The Parisian museum will be hosted in the foundations home, 5 avenue Marceau, where Yves Saint Laurent designed and created his work for almost 30 years, from 1974 to 2002. The dedicated space will allow the public to explore the designer’s heritage through what it describes as “constantly updated displays” of the foundation's collection.

Stage designer Nathalie Crinière and interior designer Jacques Grange, who both collaborated with the foundation on past projects, will rethink the exhibition space, an area that will be doubled in size and refurbished in the style of the designer’s original couture house.

“By walking through the former haute couture salons and Yves Saint Laurent’s studio, visitors will experience the essence of the creation process within the haute couture house,” explains the foundation.

The larger of the two museums will be in Marrakesh, located on Rue Yves Saint Laurent near Jardin Majorelle, a garden the designer and Pierre Bergé saved from development in 1980 and that has now become, with its museum dedicated to Berber culture a major cultural site in Marrakech with almost 700,000 visitors every year.

The new space spans over 43,000 square foot and will house a permanent display of Yves Saint Laurent’s work staged by Christophe Martin, a space for temporary exhibitions, an auditorium, a research library and a café and restaurant.

It is hoped that the two museums will “not only intend to attract fashion and art lovers, but also aim to appeal to a large audience interested in discovering Yves Saint Laurent’s work, the oeuvre of a major artist of the twentieth century,” the foundation added.

Pierre Bergé, president of Fondation Pierre Bergé-Yves Saint Laurent, said: “When Yves Saint Laurent discovered Marrakech in 1966, he was so moved by the place that he decided to buy a house and regularly go back there. It feels perfectly natural, fifty years later, to build a museum dedicated to his oeuvre, which was so inspired by this country. As for Paris, who needs to specify that it is where Yves Saint Laurent created all his work and built his career?”

Both museums are set to open in October.