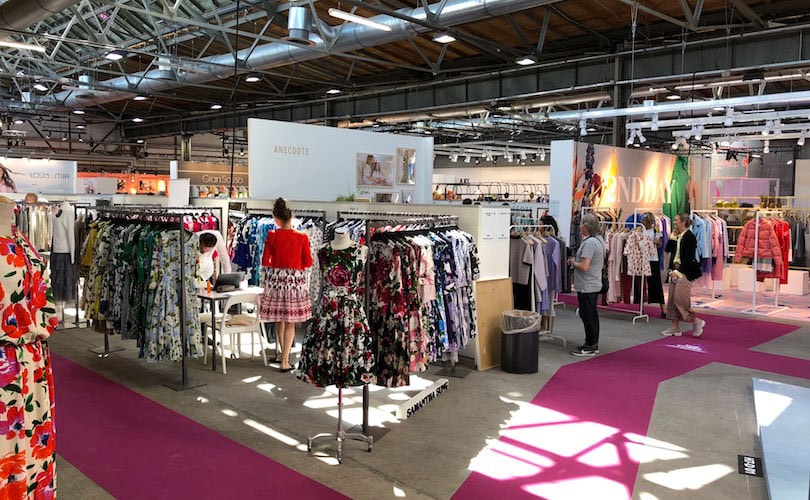 Gorgeous summer weather set the tone for a positive mood at the Berlin fashion fairs last week. Even though the crowds seemed to be somewhat smaller than in previous seasons, the atmosphere at the eight events in the German capital was generally cheerful – disguising the fact, that German fashion retailers have been struggling with unfavourable market conditions and sluggish demand just as their international counterparts for some time. But under the glorious sunshine of Berlin, buyers and exhibitors seemed to have forgotten about those struggles for three days. The upbeat mood at the fairs therefore became the focal point of most organizers’ reviews afterwards – in these difficult times for the industry, they had once again succeeded in creating a pleasant and productive experience for tens of thousands of guests from Germany and abroad.

The only fair that actually revealed basic numbers was Panorama, the gigantic platform for commercial mid-market brands. In ten halls with a floor space of 45.000 square meters, Panorama presented more than 800 labels at the Messe West exhibition centre. Proudly, the fair company announced that they had reached their goal for the season: Once again, they counted more than 50.000 visitors. 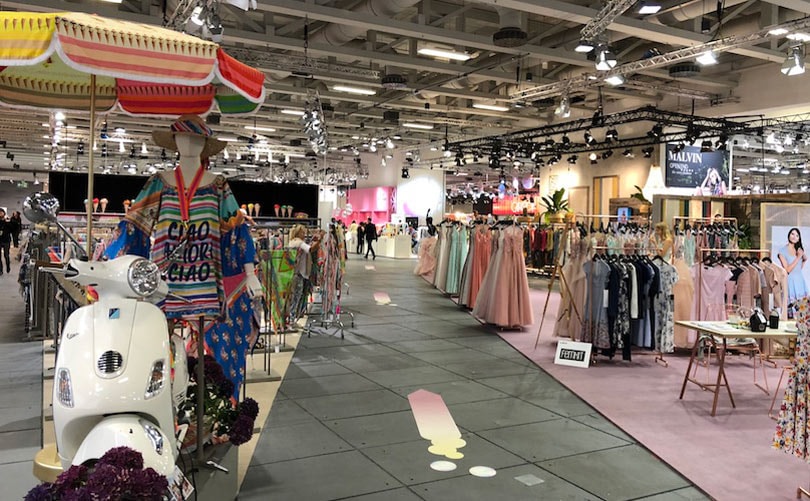 Panorama’s unlikely neighbour, the much smaller, but highly selective Selvedge Run, is not about big crowds anyway. With a portfolio of classic workwear and biker brands, labels focussing on traditional craftsmanship and rare Japanese denim manufacturers, it caters for an exclusive target group. This season, it had moved to a bigger and remarkably stylish venue, the “Palais am Funkturm“ – one of the icons of Berlin post-war modernism. The feedback on the new location and the 80 brands on display was positive: "Once again, the notable density of international buyers and the high exclusivity of the stores were remarkable", the organizers said in their closing statement. 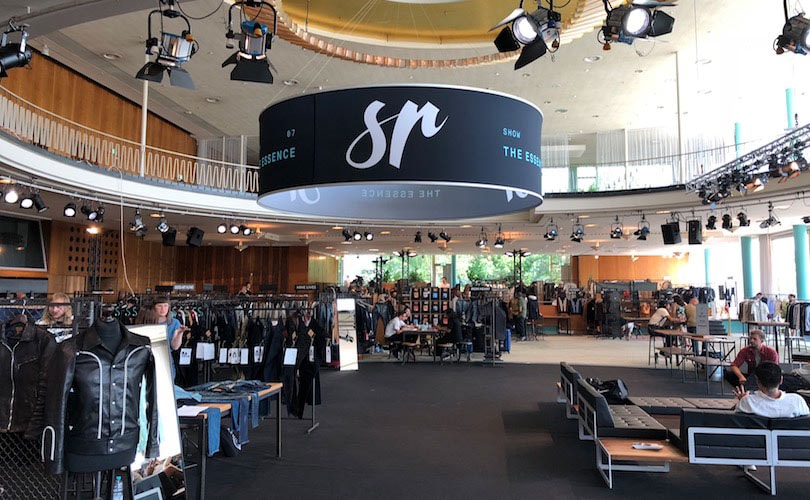 The biggest player of Berlin fashion fairs, Premium Exhibitions Group, also came to a favorable conclusion. The company now owns four major fairs – Premium, Show & Order, Seek and Bright – and hosts the “Fashiontech“ conference that focuses on innovations in the textile industry. "The mood at all four shows and the Fashiontech Berlin conference was better than last summer. The exhibitors repeatedly praised the range of international buyers who connected and inspired each other at the shows and events around“, concluded Anita Tillmann, Managing Partner of Premium Group.

Even though the usual queues at their main event, the huge and influential Premium fair, were missing this season, the company was satisfied: “The halls of the Berlin Station were already very busy after a very short time and the mood was consistently positive“, they said after the opening day. At the massive 19th century complex – a former train station, hence the name – 213 German and 387 international brands presented their collections for next summer. Once again, Premium strongly reflected the ongoing trend for concept store solutions, showing not only mens- and womenswear, but also shoes, jewellery and other accessories as well as lifestyle objects such as old-school record players. A similar concept was adopted for the smaller Show & Order fair that housed 214 exhibitors in an adjacent building on the Station premises. 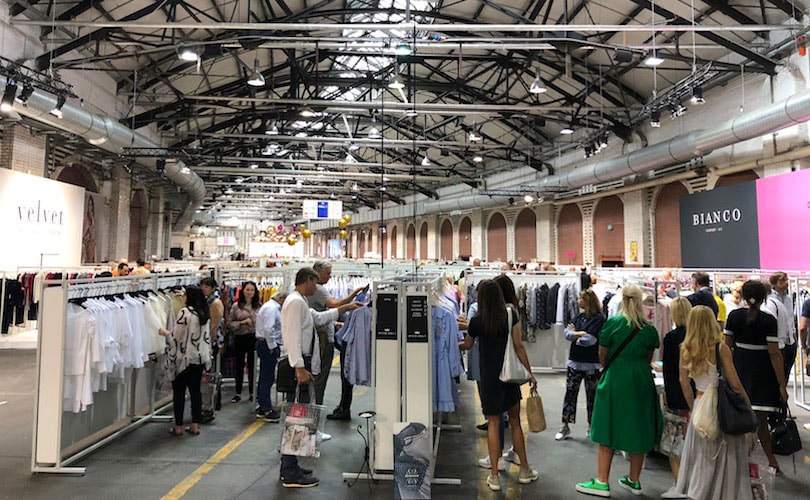 Probably the busiest place during the week was Arena Treptow, were Seek and Bright not only shared the huge halls of a former bus depot with an impressive industrial atmosphere, but also the adjacent beach bar and the “Badeschiff“, a floating swimming pool on the river Spree. Visitors were able to have a drink in the sun or dip into the pool after after sampling the offers at the two fairs, taking full advantage of the hot weather and creating a unique laid-back mood. Seek once again impressed with a coherent mix of major retro sports brands such as Ellesse, Fila or Hummel, classics like Fred Perry or Clarks, and an assortment of up-and-coming casual fashion labels with a strong Scandinavian contingent. Sales Director Maren Wiebus pointed out that the pleasant atmosphere had been very much at the centre of the organizers’ thoughts: “This season, we have made a special effort to create a cosy, inviting space that feels new and fresh thanks to a great mix of brands“, she said in a statement. 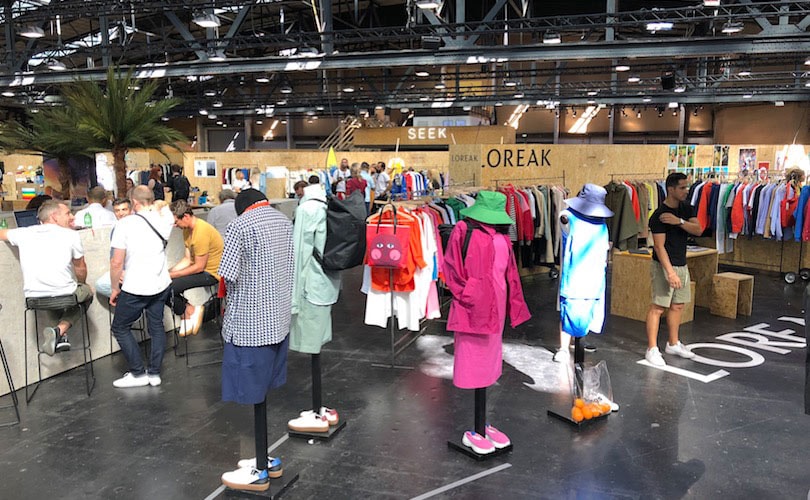 Bright, the second fair at the Arena complex, underwent the most radical conceptual change of all Berlin events: At the traditional showcase for skate wear and accessories, the area reserved for professional visitors was drastically reduced and most of the hall spaces were turned into a skatepark and opened to the public. It was enthusiastically accepted by local skateboarders, giving the event a welcome blood boost: The fair that had been created by members of the skater community over a decade ago seemed to have been reconnected with its roots.

Whereas Bright already adopted a new concept, the two Berlin fairs for sustainable fashion are set for fundamental changes next January: Messe Frankfurt, the owner of both Greenshowroom and Ethical Fashion Show, already announced plans to merge the two events into a new concept under the name of “Neonyt“. This season, the two fairs which already share the Kraftwerk building in central Berlin, took place as separate events for one last time. Together, they showed about 140 brands, of which 37 percent came from Germany and the remainder from abroad. As a foretaste of the merger, exhibitors from both fairs presented selected outfits at a joint fashion show. 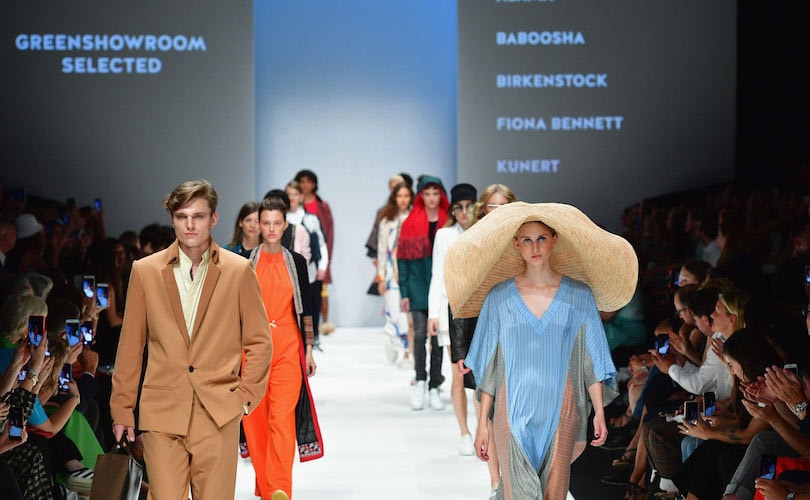 Faced with fundamental changes in the industry such as the growing importance of online and vertical retailers, the craving for new concepts could be felt at most of the Berlin fairs. Many events had diversified their exhibitor portfolio even further, adding more accessories, cosmetics or interior design products to traditional fashion collections. At Panorama, even IT companies offering industry-specific software systems set up their stalls. Moreover, lectures and conferences have become an integral part of most fairs, addressing the need for guidance in a rapidly changing environment. Once again, the events in Berlin demonstrated that the fashion industry is in need of new of new ideas and business models – and not just next season’s trends.