125 hand-colored sketches from Karl Lagerfeld’s early days working for the house of Tiziani, in Rome, will be auctioned by Palm Beach Modern Auctions on April 18. Many of them have original fabric swatches attached.

“Of particular importance are the seven Lagerfeld portfolios, each containing between 22 and 44 original sketches. Each prized portfolio is estimated at 2,000-4,000 US dollars. Individual sketches are estimated at 1,000-1,500 dollars, while two that were special designs for Elizabeth Taylor could sell for up to 3,000 dollars each”, informed the auction house in a statement. 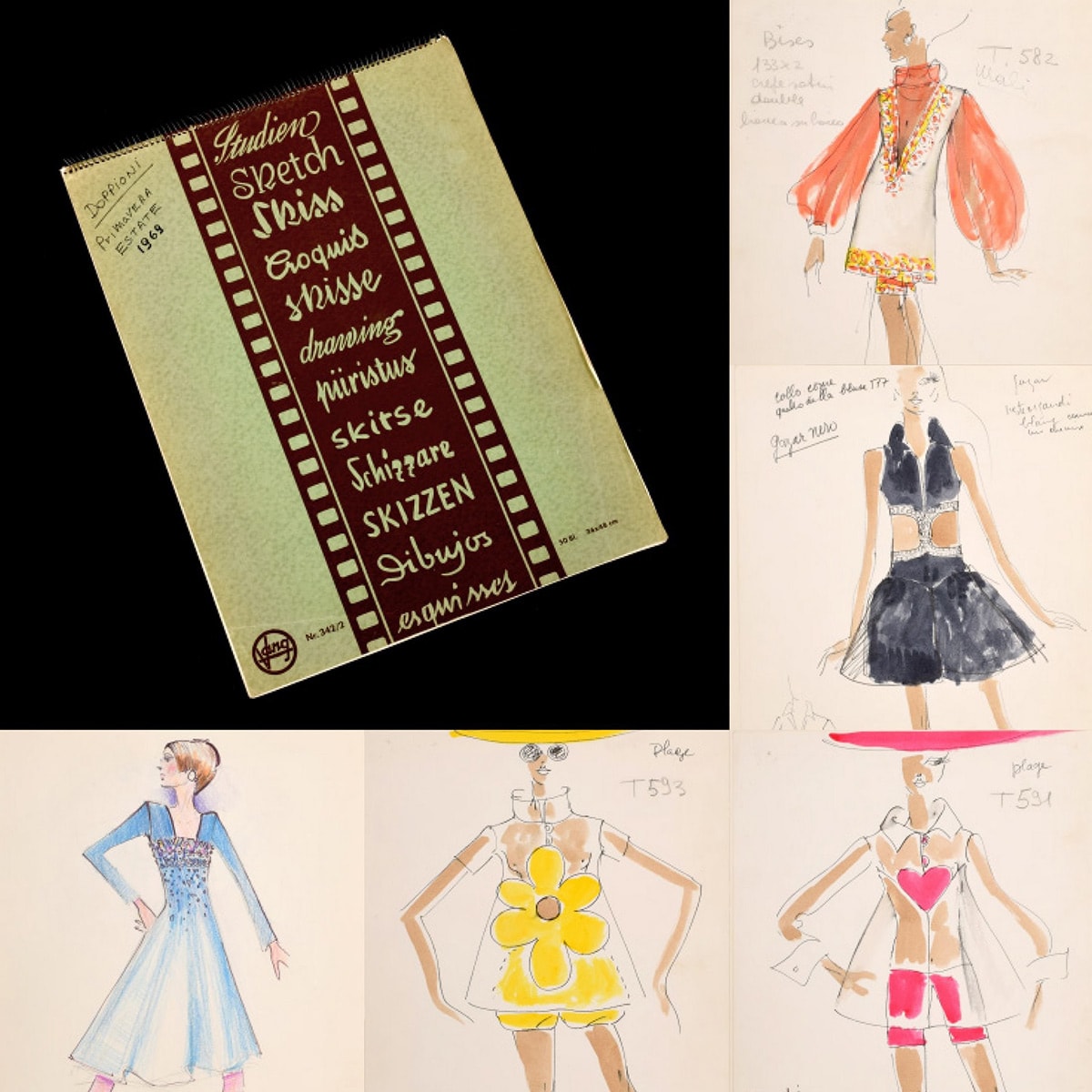 Palm Beach Modern Auctions hosted a sale of Lagerfeld’s sketches in 2014. It was believed then that the owner of the sketches had consigned all of his Lagerfeld archive. “Even we did not know that he had retained some favorite sketches for his own personal collection”, said Rico Baca, owner of Urban Culture Auctions, a division within Palm Beach Modern Auctions, in a statement. The person in question decided to sell the remaining sketches after the auction house started receiving calls inquiring whether it still had any sketches left to sell, following the designer’s death in February.