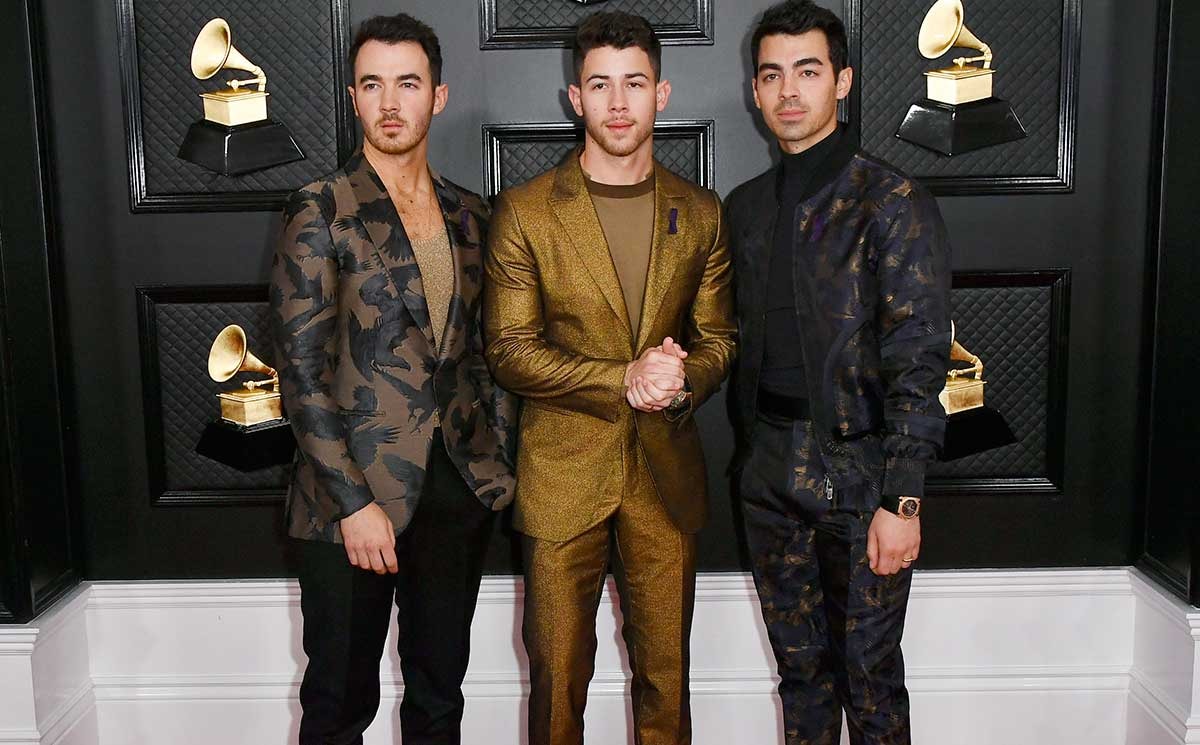 2020 Grammys: fashion on the red carpet

Los Angeles - Twenty years ago, Jennifer Lopez shut down the Grammys red carpet with her now legendary barely-there Versace green dress, open to her navel, that sent the internet into a full meltdown. How can anyone beat that? Well, the music industry's brightest stars certainly gave it a go, strutting their stuff Sunday at the Staples Center in Los Angeles. White was a big trend, along with strapless gowns -- and super-long glittering nails. Here are some takeaways from the red carpet on Grammys night: 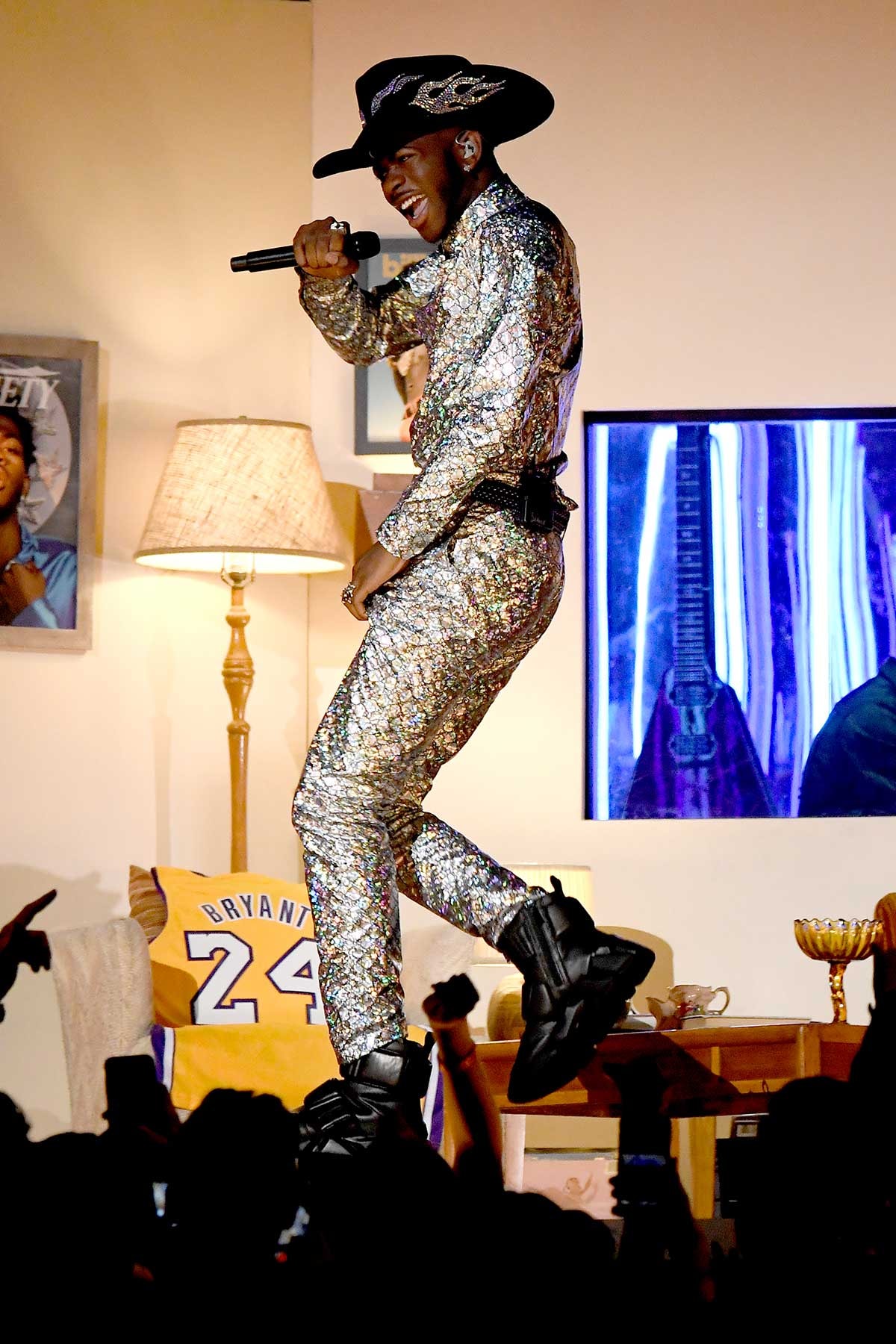 Breakout star Lizzo arrived early and ready for her close-up -- and with reason. She won three Grammys on the night.

The 31-year-old singer and flautist stunned in a strapless white Versace corset gown with Swarovski crystals sewn in by hand, according to the Italian fashion house.

Her hair was slicked back in old Hollywood waves and she was dripping in diamonds, right down to her fingernails.

She opened the night with a tribute to basketball legend Kobe Bryant, who died in a helicopter crash earlier in the day, and then a stirring medley of her hits.

One of her main rivals, country-rap sensation Lil Nas X, was a vision in white at the pre-gala award ceremony as he won his first-ever Grammy for best music video for his viral smash hit, "Old Town Road."

Gwen Stefani -- who will perform with real-life partner Blake Shelton -- rocked in a strapless, shell-encrusted off-white Dolce and Gabbana mini-dress with thigh-high boots.

Indian actress Priyanka Chopra Jonas, accompanying her nominee husband Nick Jonas, went for the shock factor with a JLo-esque down-to-there neckline on her caftan-like dress with silver accents and lots of fringe.

And pop singer Demi Lovato, making a major comeback after a near-fatal drug overdose in 2018, brought the audience to their feet with her raw performance of "Anyone."

She did so in a voluminous white long-sleeved gown made for her by designer Christian Siriano, who wrote on Twitter: "I love you and love creating for you!!!" 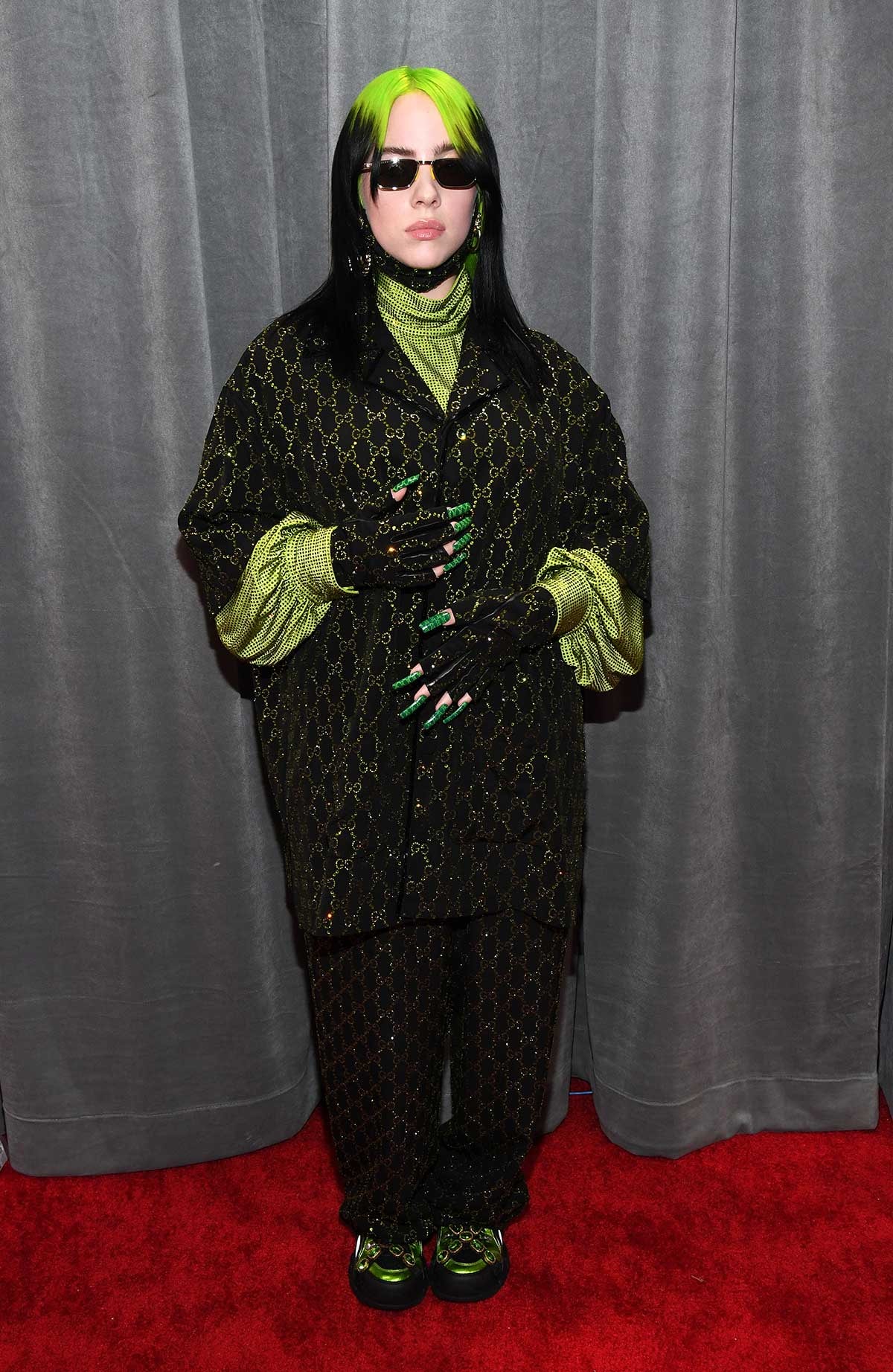 Pop princess Ariana Grande arrived in an absolute cloud of a ruffled blue-gray tulle ball gown from designer Giambattista Valli and elbow-length gloves, her signature ponytail bobbing atop her head.

Strapless was a big trend on Sunday, and she joined the bandwagon.

And let's give another style shoutout to Lizzo for the glittering off-the-shoulder black Christian Siriano gown she wore on stage. 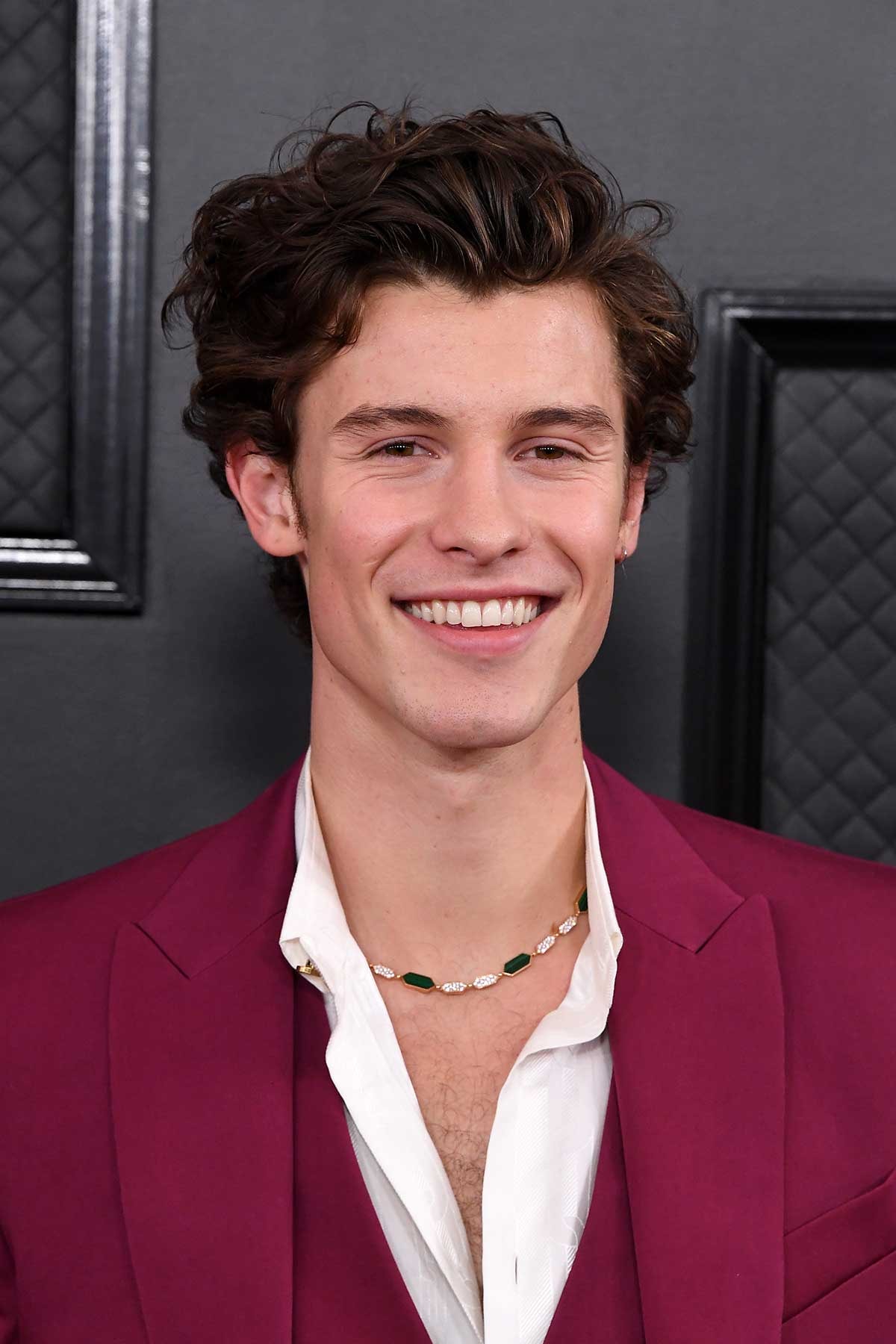 Sometimes, it's all about making a splashy statement with some bright color. Lil Nas X ditched his earlier white outfit for a hot pink Versace cowboy outfit complete with a studded cropped jacket and pants, a harness over a mesh shirt and the requisite hat.

Not to be outdone, Billie Eilish -- the big winner of the night with five awards -- was in head-to-toe custom black and lime green Gucci, and sneakers.

On Sunday, the music A-listers were all about the fingernails -- the longer, the better.

Lizzo's tips were literally dripping with diamonds, or something diamond-like, anyway.

As her tune "Good As Hell" goes, "Head toss, check my nails, baby how you feelin'?"

And Spanish singer Rosalia -- a winner for best Latin rock, urban or alternative album -- said her dagger-like silver nails were "something special" she did for the night. 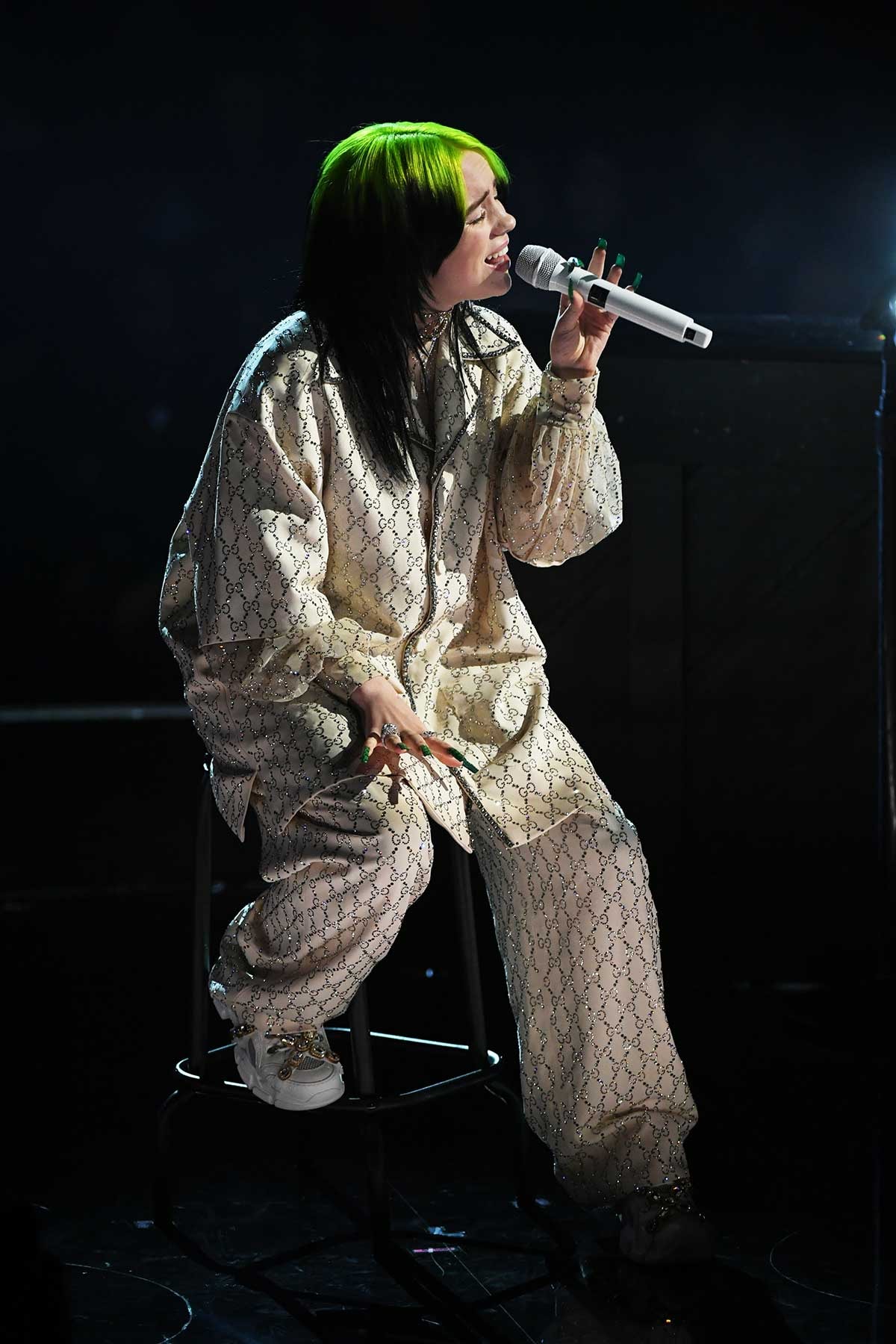 Showbiz is generally unkind to Donald Trump, but a few with Grammys invitations have repeatedly used the red carpet to show their love for the Republican president -- and undoubtedly to get attention.

Singer Joy Villa went with a sparkly red gown with TRUMP 2020 emblazoned down the front in white block letters. On the back? Impeach & Re-elect. She capped the look with a blue and white cape.

Onetime 90s boy band singer Ricky Rebel arrived under a red lace umbrella, which he lifted to reveal a shredded sort of shirt and red leather pants, revealing his buttocks, on which were written: Impeach this.

And actress Megan Pormer wore a red gown with a super-high slit that read "NO WAR IRAN." Over it was a sort of cape made of the US and Iranian flags.(AFP)