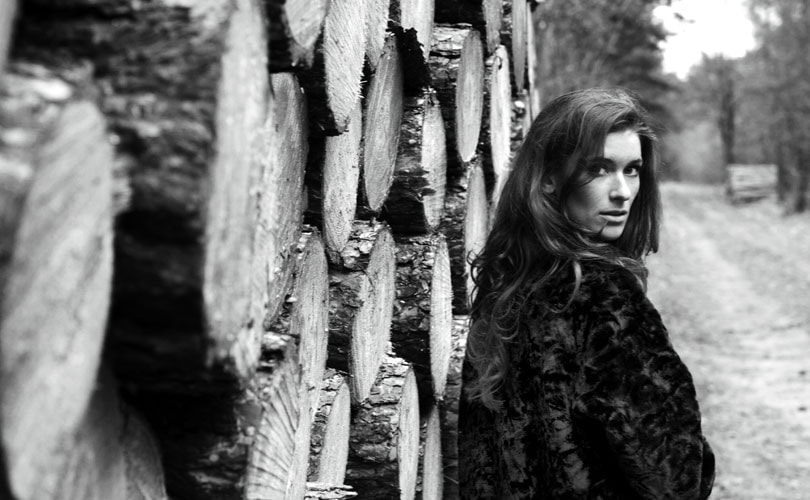 A model life: from a business perspective - Part V (conclusion)

”I don’t get out of bed for less than a 10,000 dollars a day,” Linda Evangelista was famously quoted to have said. The era of the supermodel is far behind us, but in this generation there are still significant discrepancies between what ‘top models’ and ‘regular working models’ earn. The daily rate of a model depends on talent, experience, reputation and fame. Luckily, the modelling industry is very diverse and there’s a big difference between the various modelling agencies. A handful of agencies work exclusively with international top names, but there are enough agencies with local models on their books who focus primarily on jobs in the region.

’The top’ and ‘lucrative’ do not always mean the same thing

The remuneration amount is determined based on the type of assignment. First of all, modelling agencies differentiate between daily rates for print and commercial work. A fashion shoot for a magazine naturally also has a commercial element: after all, clothes are being marketed. But because a magazine doesn’t buy the garments itself (and making a refreshing series of photographs actually costs money), it is first and foremost an artistic endeavour. These shoots are therefore labeled as “editorial”. For models, this means a lower daily rate than publications with an aim to generate profit. A day’s work for ELLE - resulting in a six page spread - therefore usually pays less than a commercial shoot in which you feature in the bottom right hand corner of page ten of the brochure. The size of a postage stamp, at that. But that brochure will be distributed in eight different countries. It can be very confusing for outsiders. When I just started modelling, people said: “Good job, getting the cover and big fashion shoot. That must have paid really well!” Naturally, those kinds of jobs are great for your reputation and portfolio. After all, those pictures lead to new assignments, but they certainly aren’t the most lucrative jobs. I know enough models who returned home from Milan or Barcelona after a couple of months with great tear sheets (publications in magazines) and a wealth of new experiences, but who had only managed to break even because of all the costs they made.

To be able to make a living from modelling it is therefore important to book commercial work alongside the sexy magazines and covers; catalogues, campaigns for fashion and cosmetic brands, look books, advertisements, and commercial. Certain hourly, daily and also half-daily rates apply. Most agencies have clear-cut guidelines that apply to each individual model. A surcharge applies to swimwear and lingerie. A buy-out is an extra reimbursement for the commercial use of a model’s face. When a close-up of you is used in commercial productions, you have a right to a buy-out. This reimbursement is defined based on the type of commercial production, such as television, poster or commercial pamphlet. The buy-out is only paid out if the item is actually used and expires if you are cut out of the end product. 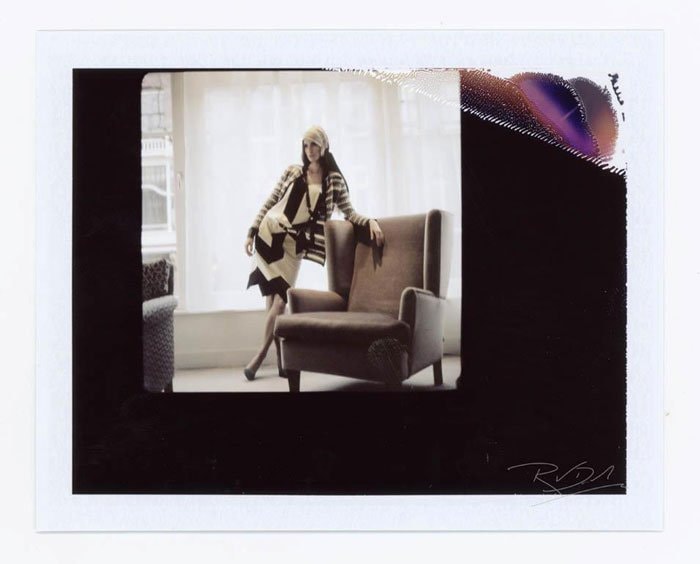 Discuss your preferences in advance

Not everyone is aware of these rights. I was once booked by a catering company that had never worked with models before. The foto shoot lasted half a day and the pictures would be used for their brochure. Upon arrival at the studio, the client enthusiastically told me that she had had a brilliant idea the night before. How cool would it be to print the photo’s from the shoot onto their trucks?After all, those trucks drive up and down the country delivering their products. The sketches for how this was supposed to look already lay on the table. In order to visualise the idea, she had downloaded a picture of me from my agency’s website and photoshopped it onto a truck. Apparently, nobody from the team had realised that blowing my picture up was not part of the standard reimbursement for half a day’s work. Their openness meant their intentions were pure, but naive. So I reacted enthusiastically, but told them I would have to call my agency to run the situation by them. Later that day I heard that the company had decided against the plan, when they hear what the extra costs would be. After some afterthought, they decided that the old trucks with pictures of various dishes could be deployed for a few more years.

In the fashion world, terms like ‘buy-out’ and ‘rights’ are more commonplace, although even there you hear similar stories. A colleague who had worked for the catalogue of a well-known mailorder company found out that her picture had been used on a much grander scale when she saw ‘herself’ drive buy on the highway. And when I had posed for a brochure, I received a phone call some weeks later from a friend, who had seen my picture on primetime television. I also once featured in a commercial, for which the contract stated a running time of one year, but which - I later found while innocently zapping through channels - had been quietly extended. Luckily, in cases like these, you have a modelling agency that backs you up and will pick up the phone and put things right for you. Of course, it’s always better to have everything neatly arranged beforehand, so no one is faced with any unpleasant surprises. The same applies to fashion shows. A show is usually also used to shoot the look book, thereby killing two birds with one stone. The models are, after all, ready to go, hair and make-up in place, with an appropriate setting and there is often enough time to photograph the models between catwalk appearances. This saves time and money. But no matter how efficiently you work, the fact remains that this is an extra assignment for the model. Therefore, do not forget to discuss the portrait rights with the modelling agency in advance. 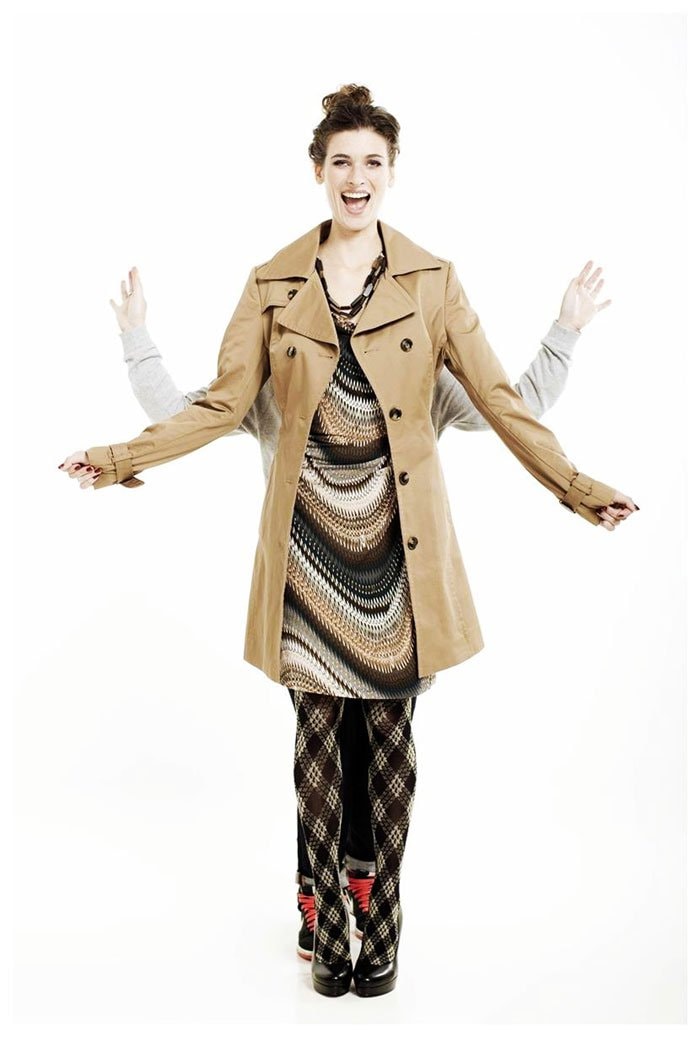 Sometimes, jobs don’t go as you had hoped. That one great shoot in the studio with fun props and attributes unfortunately ended on a sour note for me. To my surprise, the client had called to complain to the agency that my hair had been greasy. Impossible, because I had washed my hair the morning of the shoot and hadn’t used any products. Furthermore, the client hadn’t arrived until 11 am, while my call time had been 9 am. My hair had therefore been styled before the client ever showed up. And I had chatted companionably with the hair stylist without her every remarking on the condition of my hair. Unfortunately, situations like these are not uncommon. People will be kind to you on the day of a shoot, and everything goes swimmingly, but the next day the client will be on the phone to the agency to complain about your ‘unprofessional’ behaviour and refuse to pay the (full) amount. This in hopes of getting a discount, and that while the resulting photographs from the shoot end up beautiful and used! A good partnership is based on transparency and trust. Of course, the wishes of the client always come first: if a model looks noticeably different from her photographs - for example, if her roots are showing or she’s been to the hairdresser and has forgotten to notify anyone - then the client has every right to complain. Just don’t wait to complain until after the shoot is over, but immediately call the agency to say that looks of the model don’t correspond with her photographs. Furthermore, discuss your wishes and expectations with the agency in advance. Both parties benefit from a clear, up-front definition of what happens during the shoot and to the resulting photographs. This prevents possible problems at a later stage. And allows you to focus on what really matters: creating a spectacular campaign.

Natasja Admiraal is a freelance fashion journalist, who has worked for FashionUnited since 2008, and also writes about related subjects such as jewellery and design. You might also find Natasja gracing the cover of a magazine: she has been working as a models for the past ten years.

a model life A model life: from a business perspective modelling