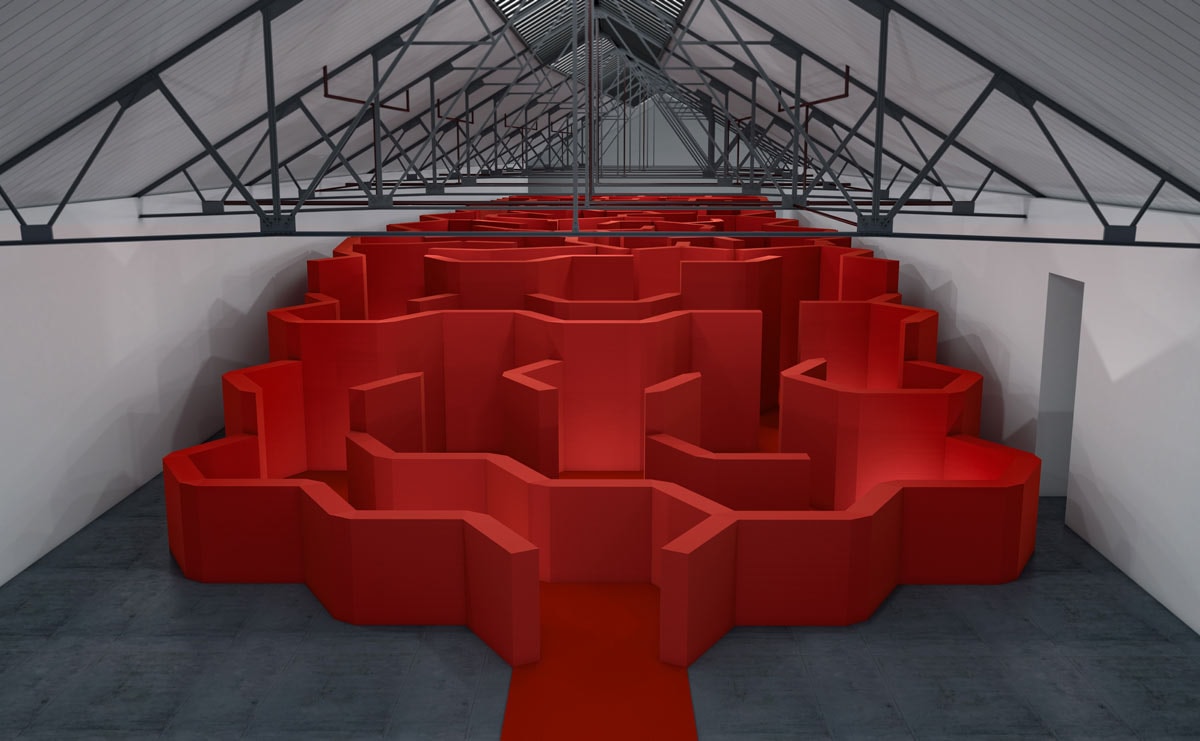 London - Another London Fashion Week, another Anya Hindmarch installation, there has been chubby hearts, a chubby bean bag cloud, and a giant woven tunnel, and for this season, it will be an immersive postbox maze inside Brewer Street Car Park.

While other brands are focused on showcasing collections with traditional catwalk shows and presentations aimed at a trade audience filled with press and buyers, accessories designer Anya Hindmarch is continuing to make her fashion week presence playful with unique consumer experiences.

As with previous seasons, Anya Hindmarch’s installation is inspired by a piece within her collection, and centres around the designer’s new Postbox bag with an immersive art installation that “celebrates the joy of the written word”. 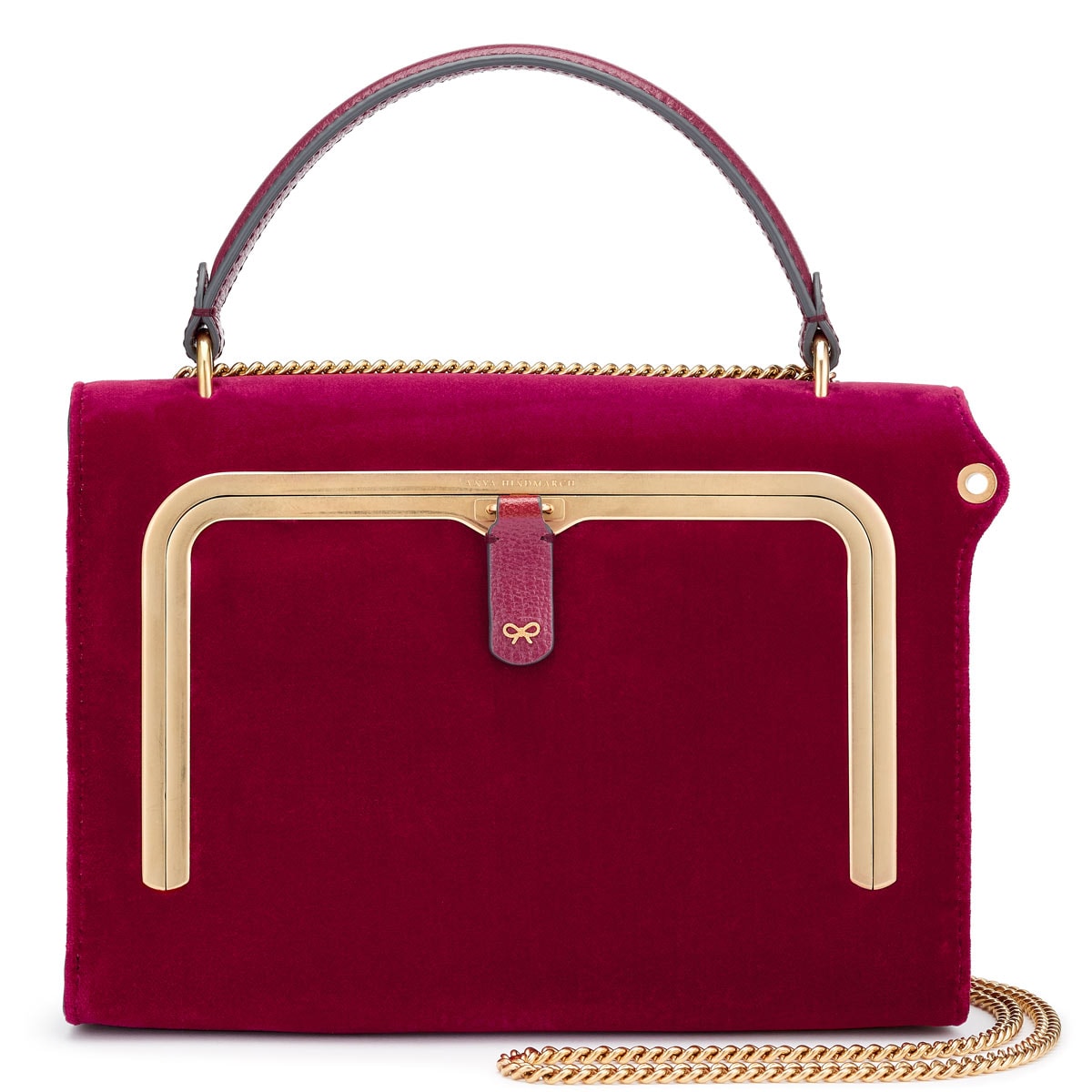 “Inspired by a postbox opening, I have worked on the Postbox Bag design for over two years. It is technically complicated to make and a slow process,” said Anya Hindmarch in a statement. “To launch it I wanted to celebrate the almost lost art of slow communication and immerse, and indeed almost lose, our customers in this world of letterwriting.”

The giant red Postbox Maze is inspired by the patterns within M. C. Escher’s Metamorphosis III mural, designed fifty years ago for The Hague Post Office, and visitors will be challenged with solving the maze, as well as discovering a gallery of curiosities featuring pieces loaned by The Postal Museum, and a series of letters written over the centuries and from around the world, which have been produced in collaboration with Letters Live who celebrate the enduring power of literary correspondence through live performance.

Alongside the maze, visitors will also be able to drop into workshops with modern calligraphy experts Quill London to write a letter which will be posted for them, and shop a carefully curated range of beautiful stationery, as well as have the chance to create a personalised gift with the Bespoke Envelope Pouch, which can be embossed with the recipient’s name and address in their own handwriting and finished with a British stamp and post mark with a custom date.

In addition, the Postbox Collection, which celebrates modern craftsmanship techniques will be on sale in its concept store. The Postbox bag, new for autumn/winter 2019 is constructed around a handmade vintage-gold frame and features what the brand describes as a “technically complicated to construct” opening. 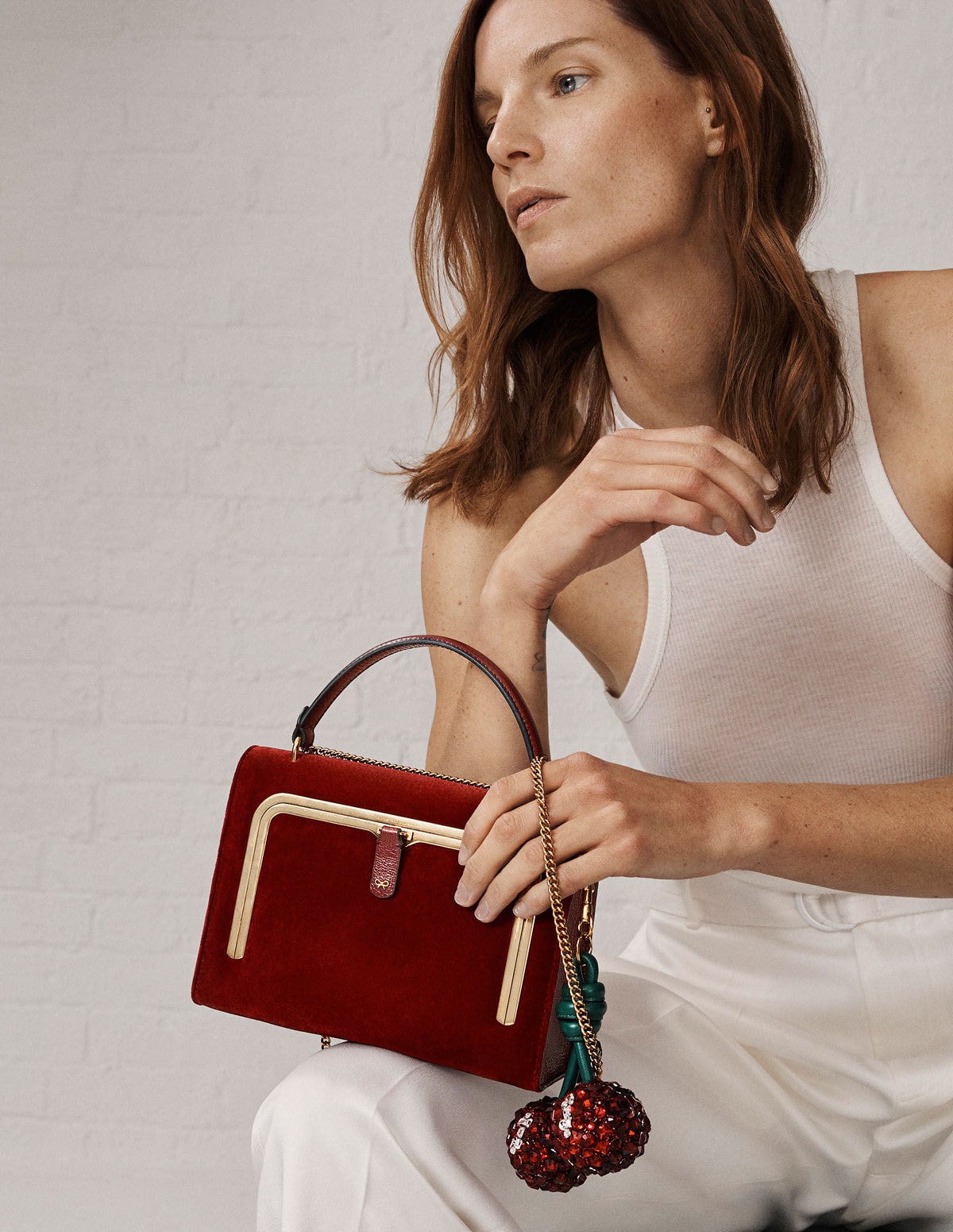 Anya Hindmarch founded her business in London in 1987 and became the first accessories designer to hold an on-schedule London Fashion Week show. Hindmarch’s shows became a firm favourite of buyers and editors due its production and creativity, with shows including models emerging from within a giant space-age Amphitheatre and an artful suburban house that revealed a giant disco ball.

Since abandoning the traditional show format in February 2018, the accessories designer has suspended giant heart-shaped helium balloons above London landmarks for its Chubby Hearts campaign, a love letter to London. This was followed up with the designer’s Chubby Cloud installation that saw 3000 visitors enveloped (quite literally) in her brand when they visited the world’s largest beanbag at Banqueting Hall to hear music, meditations, talks and bedtime stories and last season she presented The Weave Project celebrating the woven Neeson tote with a giant woven mesh construction that customers were able to climb through.