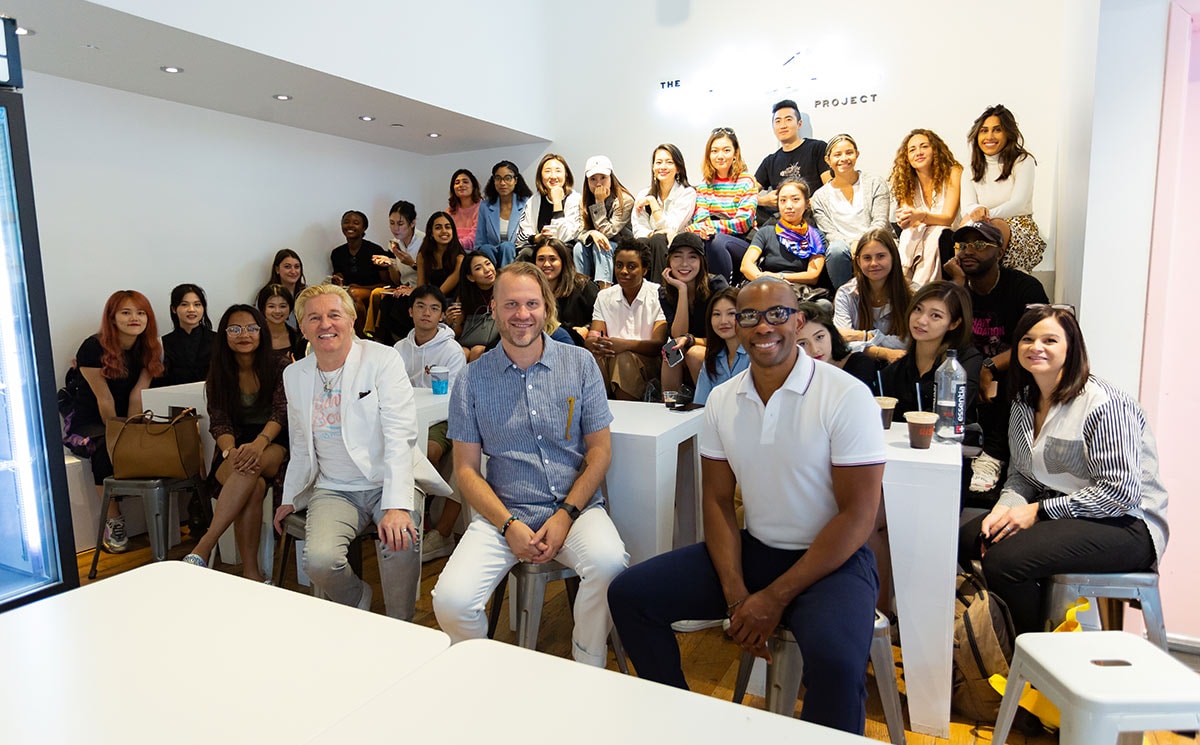 The nation’s institutions spent the summer urgently examining recruitment practices, policy and syllabus creation as a direct result of this spring's Black Lives Matter reckoning. In June, on what became known as Blackout Tuesday, when schools posted a black square on their social media pages to denounce racism, the pushback was swift. Alumni took to comments sections to level accusations of hypocrisy and performative allyship at their alma maters. The debacle forced schools to literally course-correct.

A relatively new program, the Masters of Professional Studies in Fashion Management at Parsons School of Design, generously allowed FashionUnited to see how it is navigating this historic moment. It exists as a microcosm of what is happening among faculty and in institutions across the US and overseas. Program director, Keanan Duffty, believes the only way to confront systemic racism in this time of unlearning, as the process of identifying and extracting the nuanced layers of white supremacy has become known, is with transparency and objectivity. He facilitated interviews with his colleagues and with students who recently graduated from the program who identify as Black/African American/POC to give their perspective of the learning experience and culture. 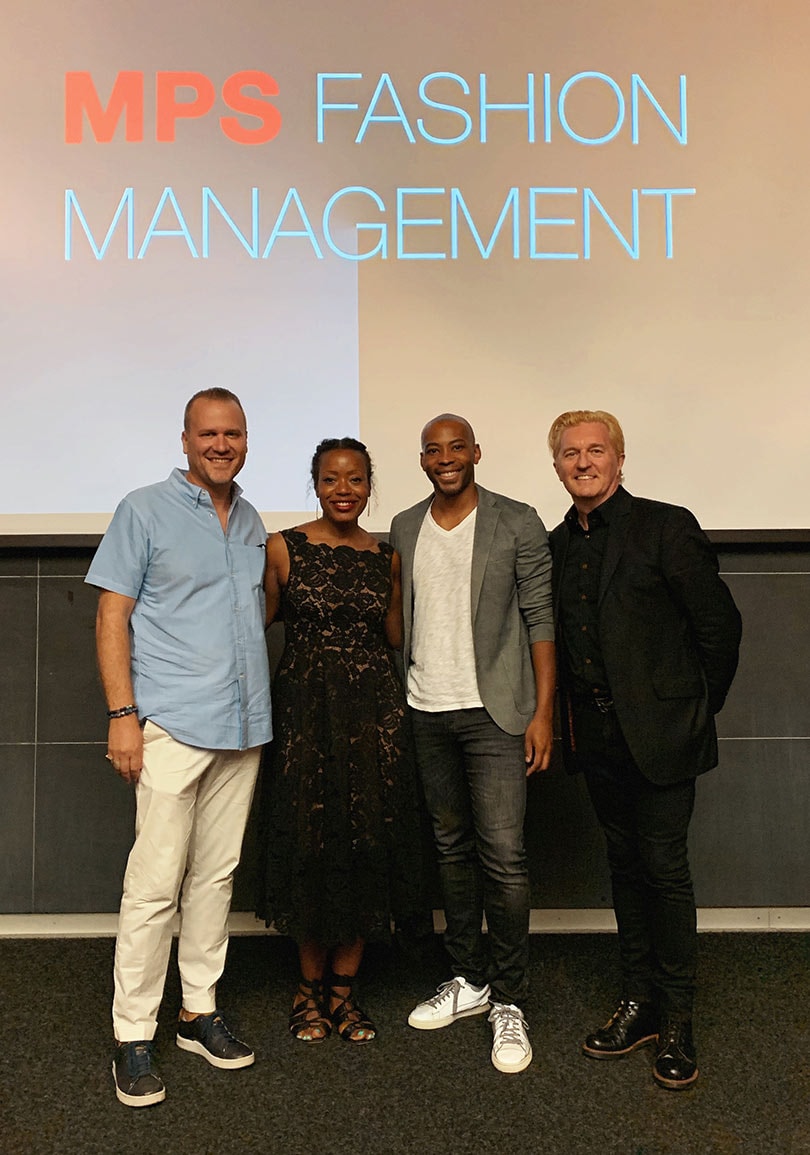 “We have no desire to uphold old systems that marginalize anyone,” says core faculty member, Christopher Lacy, who helped Duffty build the program for its 2018 launch. “We do have every desire to create a space where it is absolutely appropriate and preferred to question and challenge those systems and ultimately through collaboration develop solutions.” In the first week, students receive what he calls a “crash course” in inclusivity, diving into the importance of black culture in fashion as well as issues of ageism, non-binary concerns, and those with disabilities. “I think, amongst the three of us, because we came from industry we knew what we wanted this to be," he says, "we knew what types of leaders we wanted to emerge from this program.”

Racism has been embedded in American education

Recent graduate, Jeffrey Drouillard, is one of those leaders. While he didn’t witness or experience acts of racism while studying on the program, he believes the issue is more deep-rooted. “I’ve witnessed it through the curriculum,” he says, of the systemic racism that is embedded in the American education system. Drouillard says the teaching he received came from a basis of white supremacy. “The white textbook with information which oftentimes leaves out parts of history, particularly the parts where people of color have influenced or were of impact. It’s essentially erasing the realities of colonialism and slavery. Imagine going to school and those who are ‘successful' don’t look like you and you’re constantly being underrepresented.” He notes the absence in the Eurocentric fashion education space of any reference to Black creatives, innovators such as Zelda Wynn Valdes, Jay Jaxon, Willi Smith, and Ann Lowe––a shockingly overlooked designer considering she was the creator of the wedding dress for the American style icon of the twentieth century perhaps more revered than any other, Jacqueline Kennedy. While Drouillard appreciates the industry’s attempts to right its wrongs with regards to factory conditions or child labor, it is overlooking a major opportunity: “To educate on human rights by speaking to how the American textile supply was fully built on free slave labor.”

Graduate Jessica Jones credits the MPS program for delivering on its promise of “equal opportunity and the pursuit of creating change agents.” While she identified this on Day 1, she was particularly cognizant of it during the eventful spring semester: “In light of the recent protests due to racism and police brutality, my professors for one of the courses at the time decided to pivot the original curriculum and adjust accordingly so that students could learn and critically think about what can be done personally and professionally to help combat racism.”

Of course, the experience of students of color from diverse ethnicities can vary greatly within the same classroom, but it can be especially different for international students. They might be encountering racism, or at least the magnified discussion of it, for the first time. “As an Indian student coming to the United States to study at Parsons, I was very thrilled on the very first day to see the cultural mix at The New School, as well as in my program,” says Prachi Gor. “In the past year, it has been quite a journey. Outside of school, I've dealt with and adapted, with some difficulty, to new cultures and ways of being. However, inside school I felt I could be myself.” Gor believes this is what all schools should currently be striving for, to create a safe environment for incoming students from anywhere in the world, and to be upfront about addressing historical and institutional failings as well outlining steps towards actionable change. In her cohort which had an enrollment of 50% international students, the freedom to have difficult conversations and to be met with consideration and respect was an important aspect of her studying experience in a diverse capital like New York City. The program’s decision to adapt the syllabus to accommodate the real-time issues of the protests was also a pivotal educational moment for Gor. “It made me very aware of issues that I probably didn't notice, realize, or understand before I came here.”

Duffty founded the program with the principal mission of addressing the lack of diversity in fashion leadership roles, and to be part of the solution by ultimately empowering the new guard. The program was devised to regularly accommodate industry experts coming into classrooms who reflect the diversity of the student body and society at large, African American designer, Tracy Reese, for example, or Lucy Jones, creator of wheelchair accessory collection, Ffora. Part-time faculty, such as Candace Marie Stewart, who is also social media director of Prada US, and Khary Simon, a global vice president working in the beauty sector, regularly address systemic racism in fashion advertising and branding in their classes.

Duffty's goal is hopefully that of every other program director within the dozens of fashion schools across all fifty states. The incoming student body, more diverse than ever before, won't accept anything less, and the lacklustre leadership landscape outside school is long overdue for a shake-up. The only Black fashion industry CEO in this year’s Fortune 500, Jide Zeitlin of fashion holding company Tapestry, which owns Coach, Kate Spade, and Stuart Weitzman, stepped down recently. Only three Black CEOs remain, from other industries, none of them female. Curricula must be deconstructed, and white supremacy eradicated, so that fashion schools do not perpetuate the classroom Ta-Nehisi Coates describes in his book, Between the World and Me as “a jail of other people’s interests.” Ideally schools should be seen as the blueprint for the society of the future, they are micro-societies. Unfortunately the lack of Black professionals in the C-Suite seems to be a problem within higher education too.

The diversity problem in higher education

“The New School as a whole has a diversity problem when it comes to faculty. Black faces can be seen in the student body, security guards and cafeteria staff, but Black professors are few and far between,” says Li-Shan Jordan, a graduate of the Fashion Management program. Of the eleven professors Duffty assembled, three are Black, of which one is full-time faculty and two are part-time. In addition, Lacy explains, “When we look to guest lecturers and mentors we look for people in the industry who have shared experiences with our students while also exposing our students to other perspectives and diverse voices.”

Lacy himself shares in class his extensive experience working for Barneys New York and within the luxury goods sector, specifically speaking to the issue of diversity in the workplace and how racism has impacted him professionally. “As an educator or a leader it can be difficult to tell if what you're doing is meaningful and received the way in which it is intended,” he says, acknowledging that there are always improvements to be made. But when the students presented their capstone projects which culminated their studies, he experienced a mixture of pride and confidence that they had made an impact. “So many students tackled the issues of racism, gender norms, socio-economic concerns, wage for workers, lost einsteins and so on. I knew we had delivered a program that would create new leaders who could break down the current systems of injustice and racism.” Lost Einsteins is a name used to describe people who might have made highly impactful contributions to society if only they had been granted the same opportunities as everyone else.

Jordan offers an actionable solution to the lack of faculty diversity, referencing the initiative launched by designer Aurora James of shoe brand Brother Vellies, whose 15 Percent Pledge became a social media phenomenon early in the pandemic. Designed to push retailers to commit to filling 15 percent of their self space with product from Black owned businesses, it is named for the calculation that 15 percent of the US population is Black. So far, brands such as Sephora, West Elm, and Rent The Runway have joined the pledge. “I’d like to see Black professors make up no less than 15% of The New School’s faculty,” says Jordan.

According to Drouillard there is another major obstacle to progress that schools have been slow to tackle. Tuition fees in the US are among the highest in the world yet the value of degrees is increasingly under question. “Schools have a responsibility to give access to those in marginalized and disenfranchised groups by looking at merit-based scholarships and how those are distributed,” he says. “Access but also inclusion is critical, it’s one thing to get into a good school, but not having the space to actually succeed is ultimately detrimental.”

The MPS in Fashion Management welcomes students from every background, and aspires to be dynamic and nimble when addressing issues that will be important to the cohort post-graduation. Our industry is not only reeling from a pandemic but was already in major overhaul regarding its ethical and environmental practices, and these future fixtures of the Fortune 500 could lift it out of the doldrums, if given the opportunity.

As Lacy points out, “Anyone who has overseen a business knows and understands, businesses with diverse voices that can be heard are far more profitable, more authentic, more transparent than those who are not.” Not only fitting advice for those hiring tomorrow's leaders but for schools seeking to assemble a faculty that can inspire and cultivate those leaders. We can’t afford Lost Einsteins in education either.