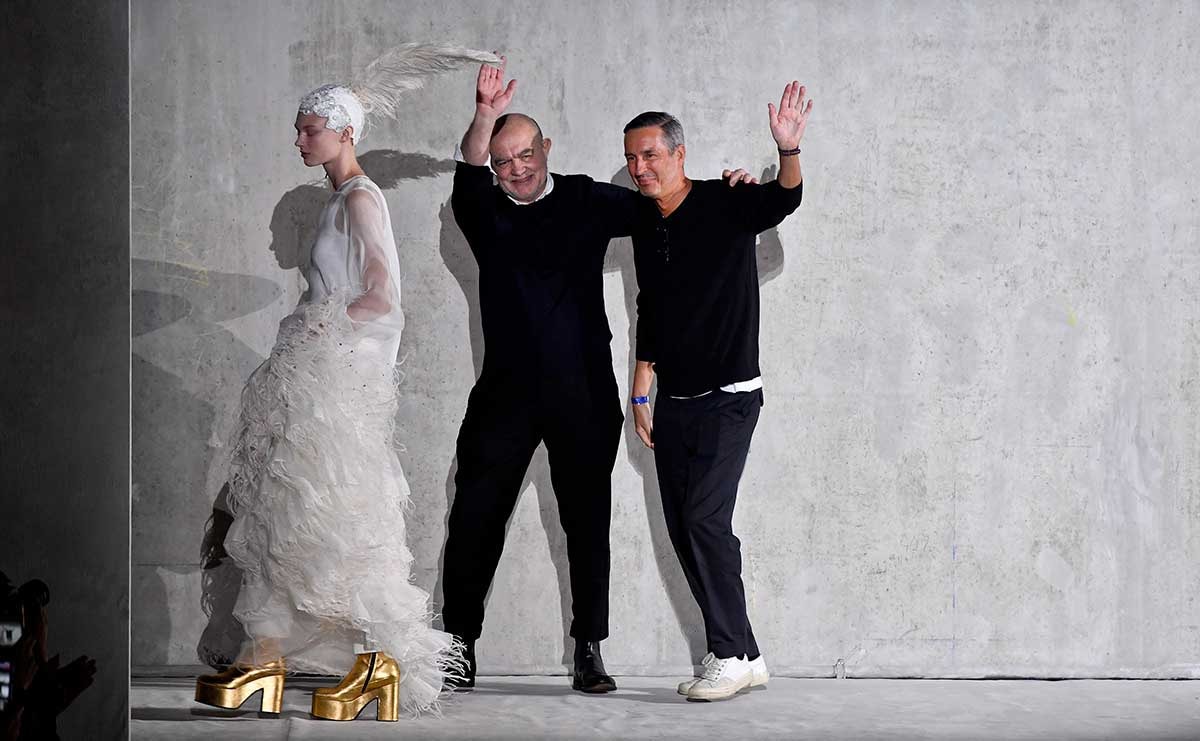 Legendary French designer Christian Lacroix made a dramatic comeback to the Paris catwalk Wednesday after a decade thanks to the Belgian master Dries Van Noten.

Lacroix, who no longer owns the trademark to his own name since his couture house closed in 2009, took a bow to thunderous applause at the end of the show in the Bastille Opera alongside Van Noten, who is known as the "King of Prints".

The pair worked together in secret over the last five months on the rich and opulent collection, which Van Noten said was inspired by the character of Lady Honoria Lyndon in Stanley Kubrick's classic film about an 18th-century Irish rake, "Barry Lyndon". 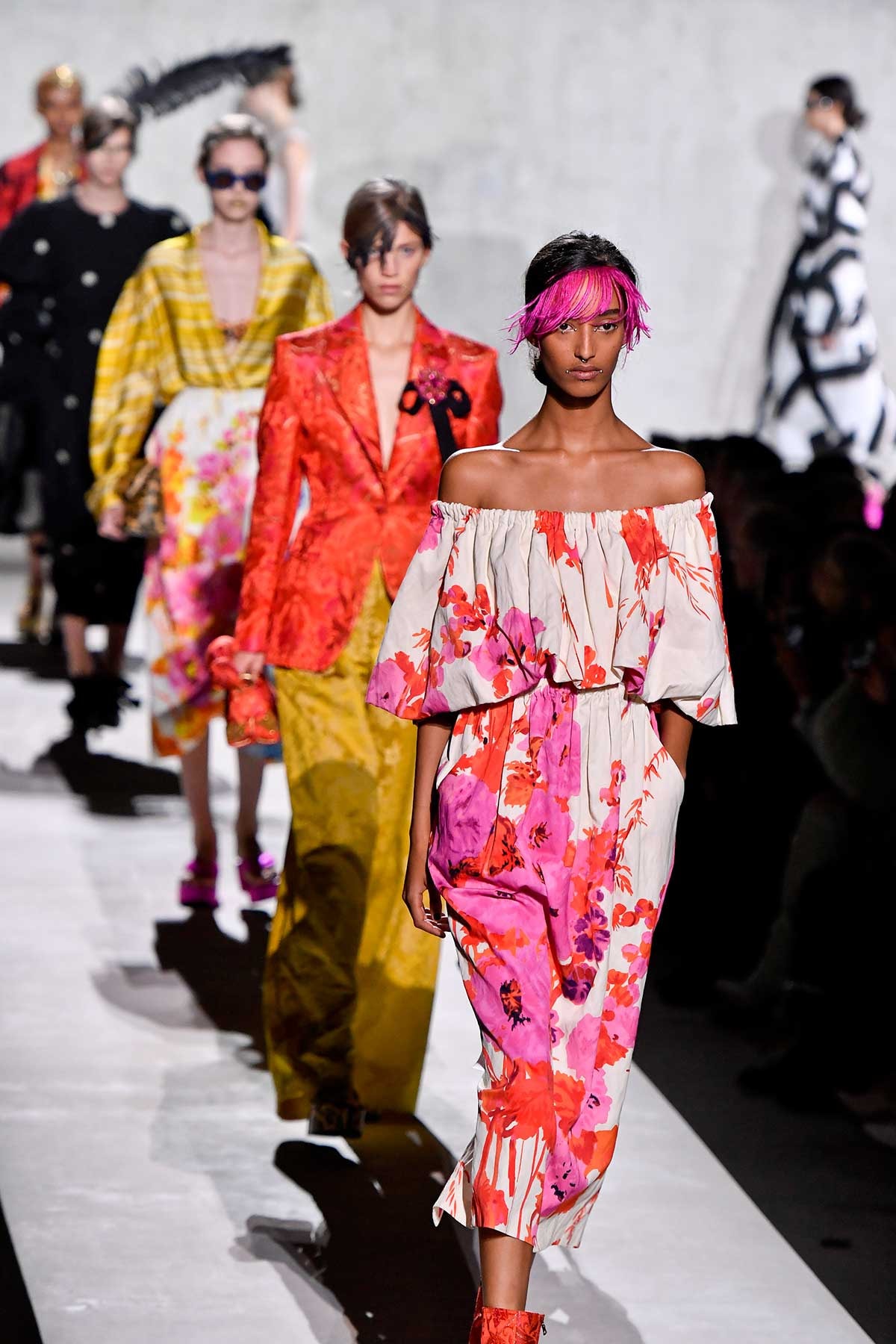 The show opened with a pianist playing the second movement of Schubert's "Piano Trio", which featured in the film, on a grand piano.

Van Noten said that he found himself "needing exuberance, opulence, another volume and fun... and I quickly realised that all roads seemed to lead to the work and world of Mr. Christian Lacroix."

Lacroix's famously decadent shows in the 1980s and 1990s were soaked in the sun-soaked bull-fighting culture of his hometown of Arles in the south of France, which is famed for its Roman arena.

Van Noten felt his own "particular mix of Dutch Protestant austerity and Burgundian opulence" might be an interesting match. 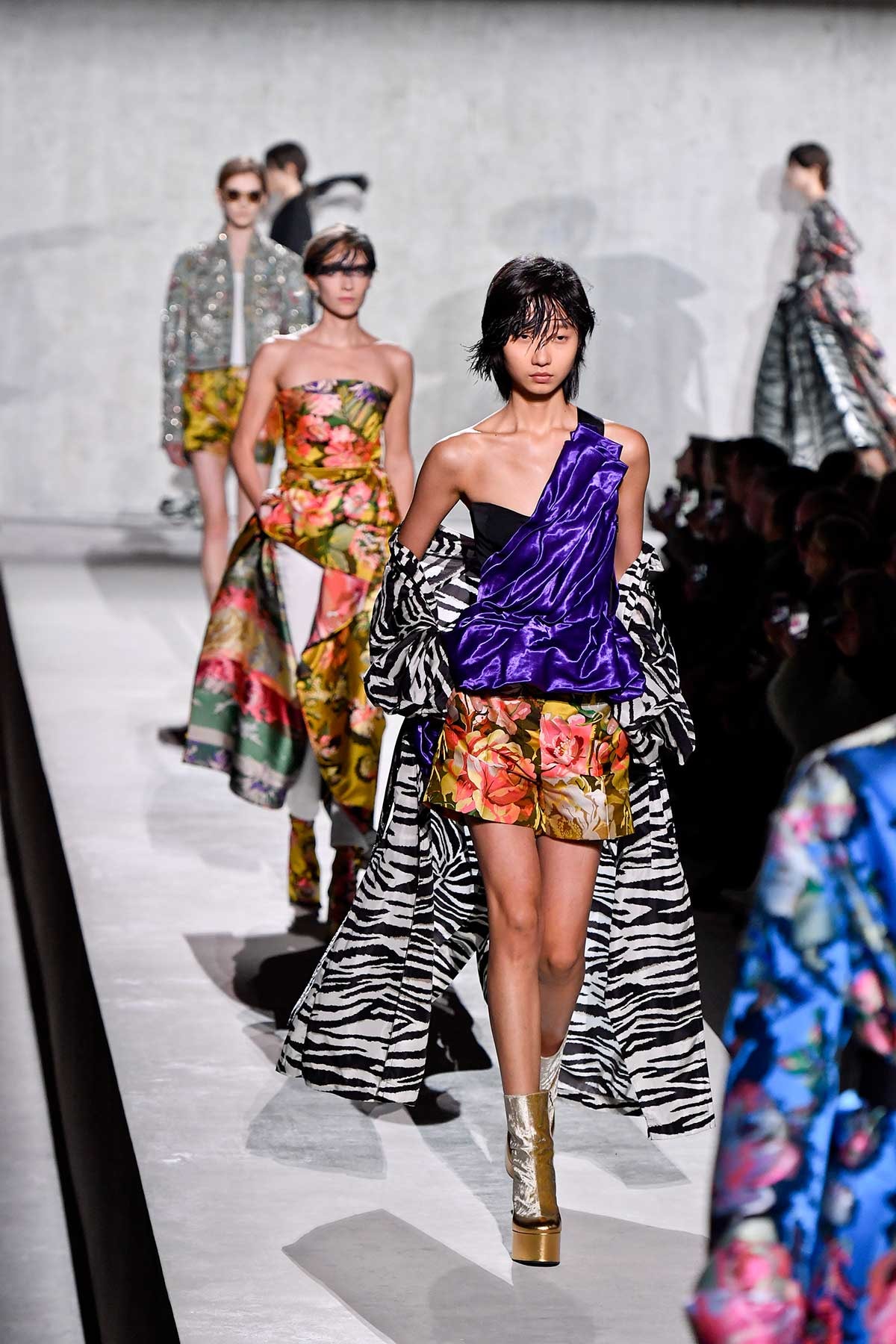 'What fashion dreams are made of'

And critics seemed to agree, with Vogue calling their collaboration "what fashion dreams are made of".

Van Noten admitted that given the state of the world, he needed some escapism and cheering up.

"The political, economical and environmental climate can be divisive exclusionary and drab.

"This left me thirsting for all that would be maximalist, optimistic, flamboyant, inclusive and enchantingly extravagant.

"There is a place for powerful opulence, exaggeration and fun and I need that energy," he added.

Even so, the designer said that some of the acid floral jacquard prints they showed were in fact "more muted than the 18th- and 19th-century designs that inspired them."

In a nod to the Lacroix tradition of throwing a flower on the runway at the end of his couture shows -- an echo of the bullring in his native Arles -- a single red rose was left on every seat labelled with the legend, "DVN*XCLX".

Lacroix works these days mostly as a commercial and theatre designer through his brand, XCLX.(AFP)