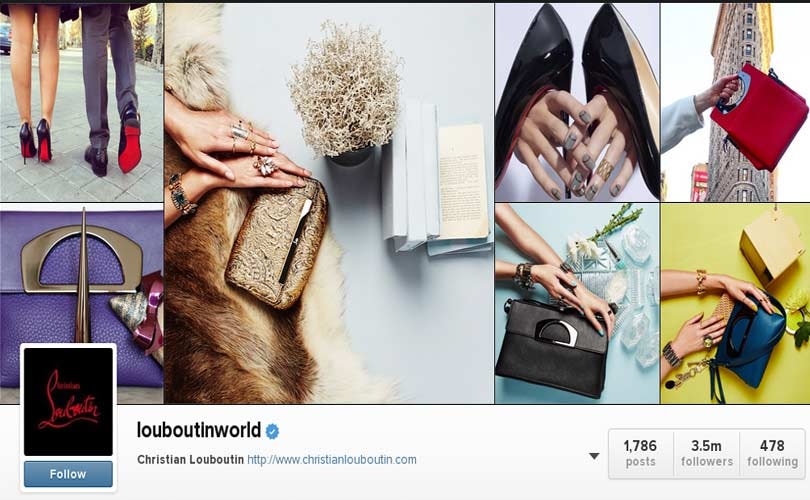 The iconic red-soled footwear label Christian Louboutin has announced the launch of a new online project to encourage its growing social media followers to populate its website and boost sales.

Christian Louboutin has teamed up with Olapic, a three-year old start-up company, to help incorporate images and videos from it's social media platform and push sales. The luxury footwear label is set to launch its debut user-generate gallery online today, named #LouboutinWorld. Fans who upload an image to Facebook, Twitter or Instagram with the hashtag #LouboutinWorld now have the chance to be hand selected by the designer himself and have their image featured on the homepage of label's online flagship store at christianlouboutin.com.

“It is sometimes the simplest, least elaborate images which get the most excitement from people, and they showcase the architectural side of my high heels,” said Christian Louboutin to WWD. He revealed that the label once made a "mistake" and posted an image two times within a few days, but both posts still caused much online engagement. “The first time, the post got 110,000 likes, the second one came close, just under 90,000 I think. It goes to show.”

The social media project is just the first step of Christian Louboutin plan to step up its online media engagement. During the second part of the project, the label aims to turn some of the fan images selected into shoppable links which take customers to the items product page with the click of a mouse.