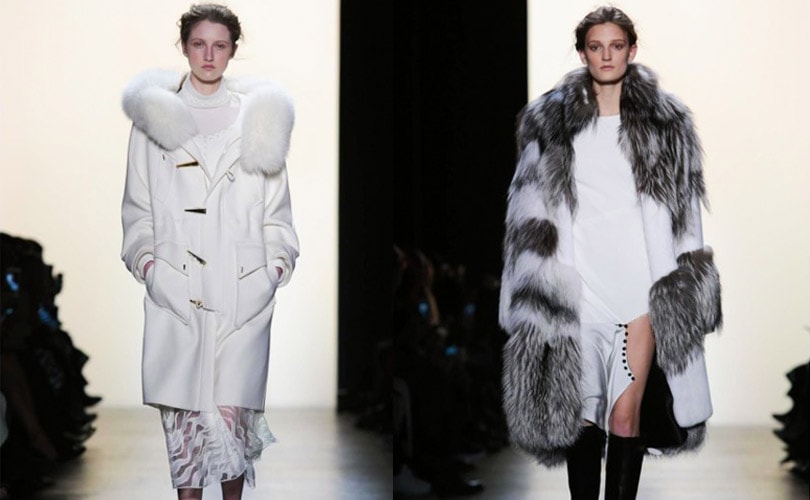 First up was Noon by Noor, who went for a very expensive looking aesthetic with items like a taupe Calvin gown, a sapphire lulu fur coat, and velvet tops. The design team of Noon Rashid Al Khalifa and Haya Mohammed al Khalifa were also going for a relaxed timeless aesthetic, and despite the distinctly on trend luxurious look of the pieces, they created a collection that customers could have forever. With clients looking for more longevity in their luxury, Noon by Noor chose a perfect time to go for the timeless look. It certainly worked for them, and it is perfect given how luxury shoppers are expecting as much longevity from their garments as possible.

The most brilliant thing Brooks Brothers has ever done for their women's line was hire Zac Posen. The label's womenswear line was often thought of as "expensive old lady clothes," but Posen has taken the line into a younger more chic phase to compete with other high-end labels. The stunning set of looks he presented included flannel trousers, tops that played with proportions, the signature Brooks Brothers camel hair coat done in a new silhouette, and a new brocade coat that is part of the company's introduction of evening wear.

With Posen having already having his own womenswear following thanks to his own eponymous line, customers are sure to flock to Brooks Brothers for his new designs for them.

Prabal Gurung, Noon by Noor, Brooks Brothers, and Scotch and Soda take it to the next level at New York Fashion Week

Scotch and Soda gave the world a collection based on the entire world. While that statement might sound a bit over the top, their presentation was set up to the tell the story of four everyday legends found through different corners of the world from Tibet to the Scottish Highlands. 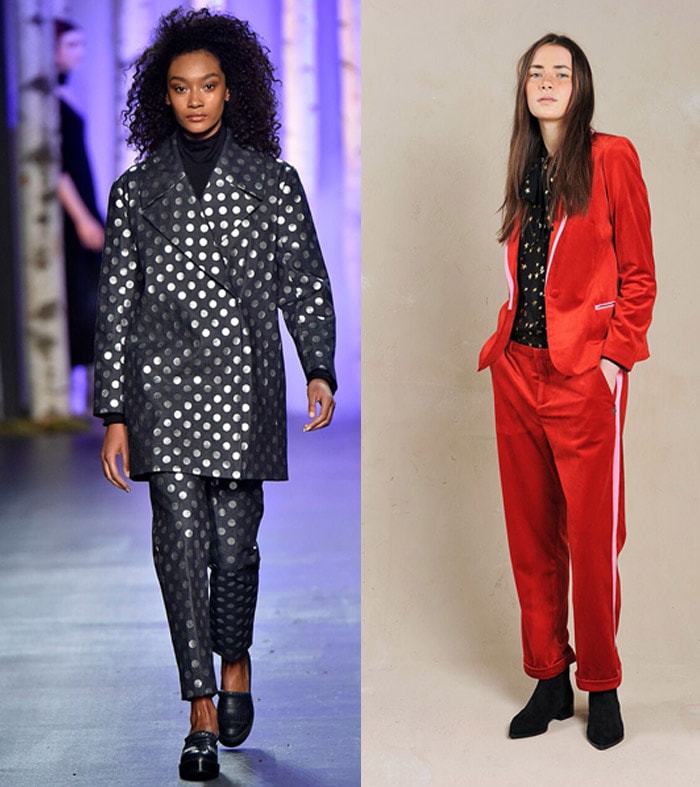 The eclectic collection was filled with clubhouse hues, jacquard prints, and heavy sequin patterning. For the brand which is "Amsterdam Couture," they had all the beautiful eccentricities of European style, all while keeping themselves original. As they continue their expansion in America, they are doing it with all the right offerings that few other brands offer in the U.S. It's a smart move on creative director Marlou van Engelen's part.

Prabal Gurung, who received a few mixed reviews last year from websites like voguerunway.com, was making sure that everyone would be left feeling positively about this collection. The first look the designer sent down the runway was jaw dropping. The snow double-face wool duffle coat with saga white fox fur trim, a snow hand-embroidered braided cable silk georgette blouse, snow silk crepe back satin asymmetric skirt with vine lace godets, and aspen bootie was one of chicest looks to hit the runway all fashion week.

That was just the tip of the iceberg, however. Other top looks included a midnight feather and leaf-hand embroidered guipure lace asymmetric wrap dress, an ivory lambskin v-neck molded bodice, an ivory silk crepe back satin cold-shouldered gown, and a night embroidered feath silk organza and tulle asymmetric flared hem dress. The collection, which was inspired by Henri Rousseau's Woman Walking in An Exotic Forest and Lord Byron's She Walks in Beauty, created the most delicious soft silhouettes and shapes that outdid anything he has ever done before.

Designers aren't holding back this season with the growing competitive nature of the luxury market. Fashion is continuing to evolve, and the evolution is on full display this week.

Photos via Fashion GPS. Noon by Noor, Prabal Gurung and Scotch and Soda