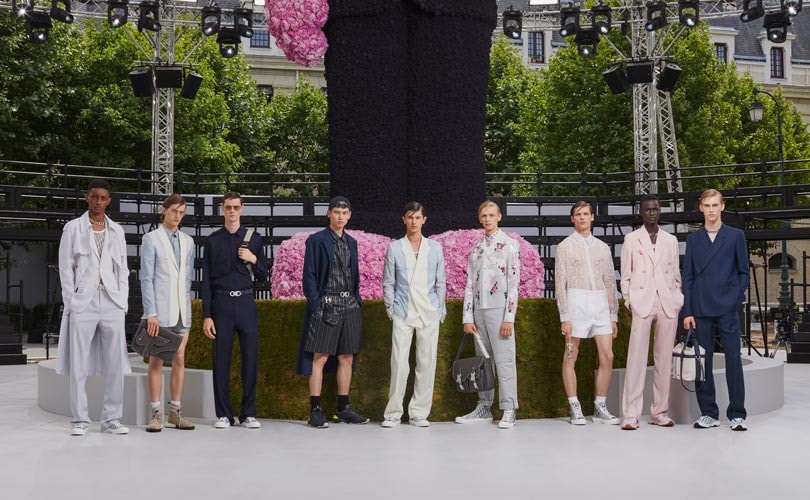 Dior has announced its first men’s show for a Pre-Fall collection -- an unprecedented event in the men’s fashion world. The show is to take place in Tokyo on November 30th. The label said in a statement that the city was chosen “in tribute of the bonds that have long united the [fashion] house with Japan”. Some of Christian Dior’s first pieces were made from fabrics he purchased at the weaving workshop of Tatsumura, located in Kyoto.

“We are honored to be holding the first Pre-Fall men’s show in Tokyo. Creativity, innovation and savoir-faire are all values deeply rooted in Japanese culture and they are also of great importance to us”, said Pietro Beccari, CEO of Dior, in the statement. “Japan is a magical country that I know quite well and that I love particularly for its incredible and unique culture, history and nature, which have always been very fascinating and a great source of inspiration to me”, added Kim Jones, Dior Menswear’s artistic director.

In addition to the fashion show, Dior will be launching a pop-up store dedicated to menswear at the Isetan department store, in Tokyo’s Shinjuku district. The shop is set to open its doors on November 28th and operate for two weeks to unveil Dior’s Summer 2019 capsule collection. The pieces will be simultaneously available at Dior’s other flagship store in Japan, located in Ginza, and then launched at all Dior shops worldwide from December 1.