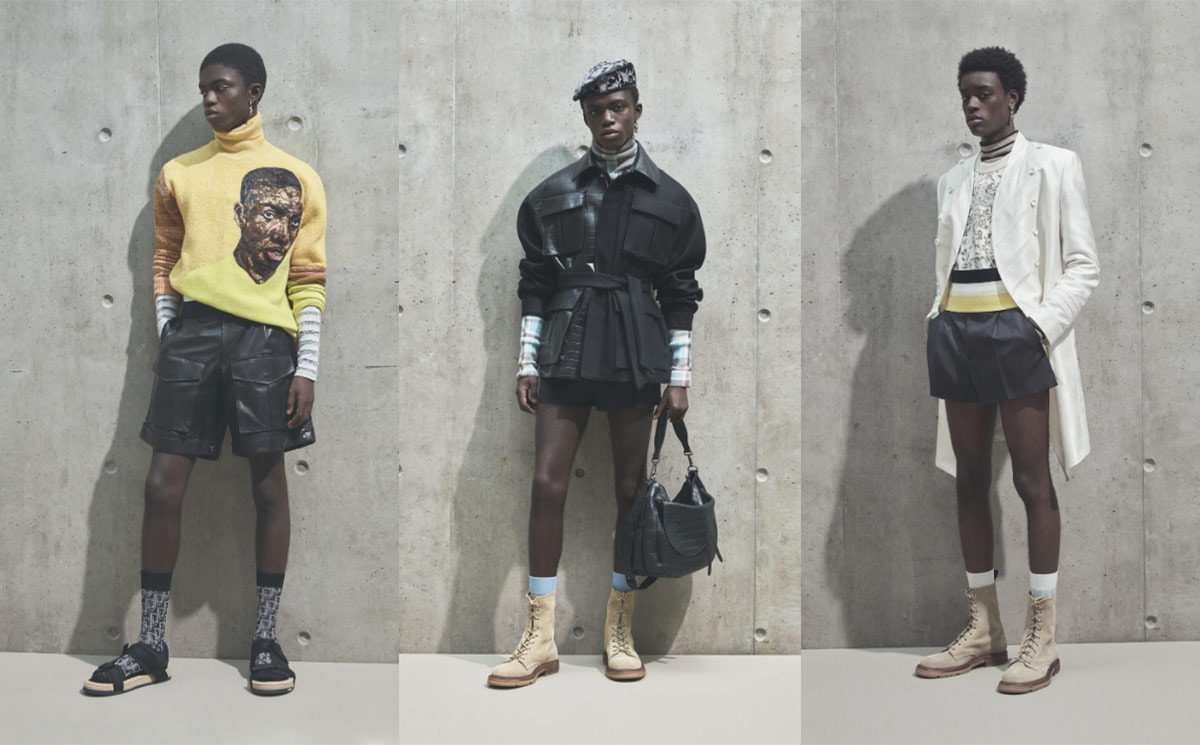 For spring/summer 2021, Dior Men’s Kim Jones has created a collection aimed as a “celebration of identity, of power of creativity” as he pays homage to Ghanaian-born artist Amoako Boafo.

The collaboration came about after a meeting at the Rubell Museum in Miami, where Jones describes it as “artistic love at first sight” in the show notes, which has led to an “intimate, all-encompassing and honest cultural conversation” since 2019, and is at the heart of the Dior Men’s spring/summer 2021 collection.

Entitled ‘Portrait of an Artist’, the collection features a cornucopia of stripes, florals and neons, with the colours drawn from the vivid, near-surreal hues of Amoako Boafo’s artworks, while the graphic patterns, jacquard of paintbrush strokes, are based on a photograph taken by Jones of a textured canvas at the artist's studio.

The creative starting point for the collection was Boafo’s painting ‘Green Beret’, showing a man wearing a shirt covered in an ivy leaf print, with dark green pants and a matching beret. This print, Jones said reminded him of an ivy-covered dress designed by Christian Dior in 1950. This was interpreted into a retro-style knitted shirt, layered with a pale yellow ribbed-knit turtleneck, shorts styled with a tuxedo belt, lace-up boots, and of course, a beret. 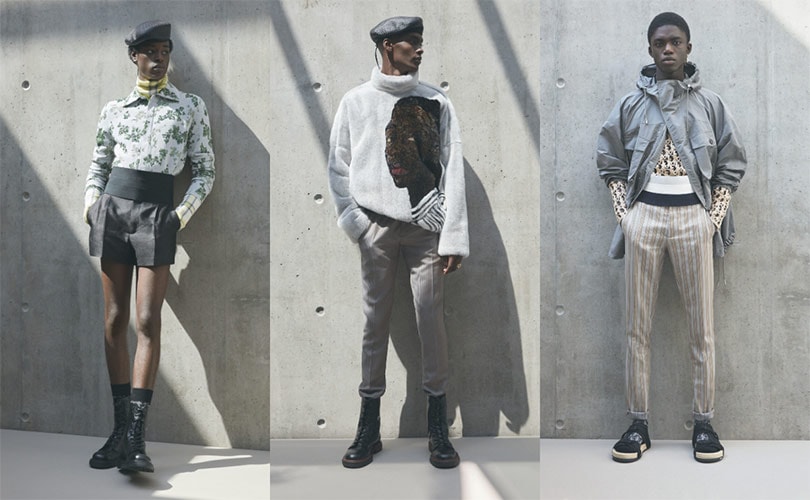 Boafo’s artwork inspires throughout, right down to the layering of the garments, through colour, cuts, proportions, and styling, which Jones explains have been “artfully manipulate by the Black gaze of Amoako’s paintings” through three-dimensionality, with fabrications that have been printed and layered, ribbed knits incorporating jacquard patterns, and embroideries on knitwear to showcase the appearance of a printed canvas.

This expression of Boafo’s artwork by Jones, turning his portraits into fashion, is a masterclass on haute couture techniques used for a ready-to-wear menswear collection, while still sporting streamline and sportswear-influenced silhouettes and tailoring with couture characteristics of the French luxury fashion house.

Each piece of the collaboration is described by the brand as a “dialogue”, allowing Jones, who grew up in African countries including Botswana, Tanzania, Ethiopia, Kenya and Ghana, to share his love for the continent as well as express his influences and the cultures that he has experienced in his lifetime.

The Dior Men show notes add: “Kim doesn’t hide his hand, which guides this collection purposely, because the hand is Africa, and through that, education is gained, a story is told and a painter and his subjects are celebrated in the context of a Dior collection.” 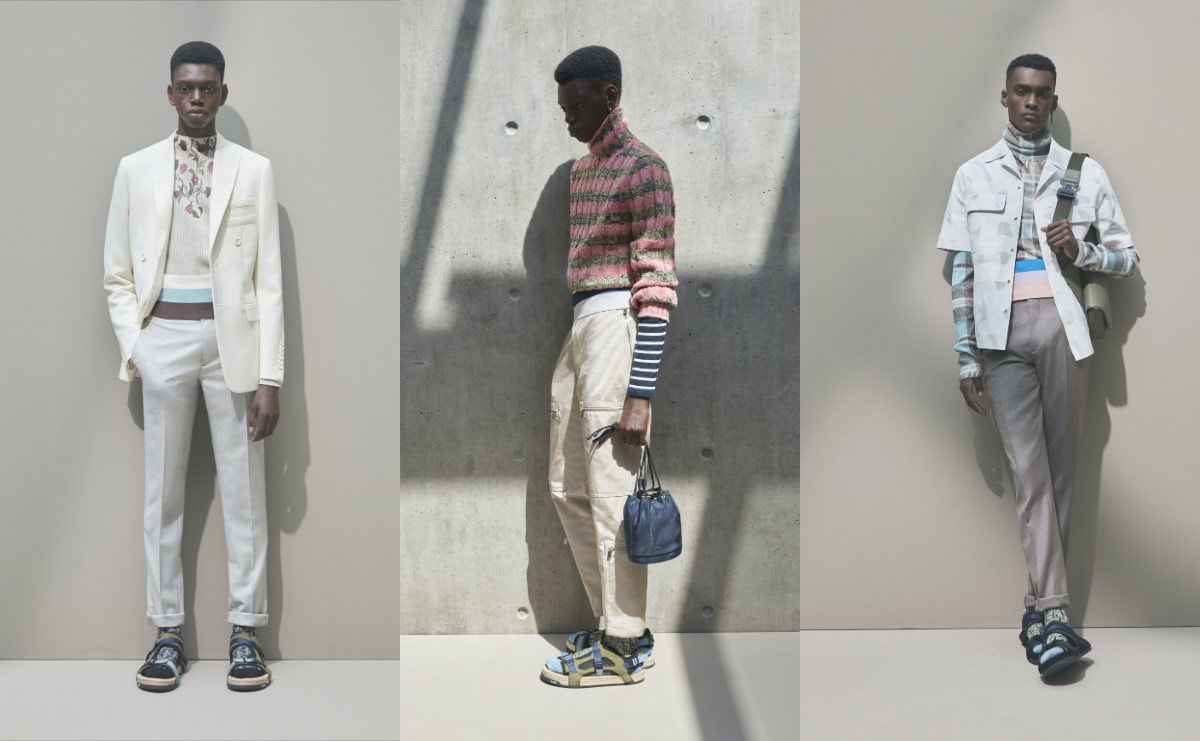 While this collection would have made a statement on the catwalk, its digital presentation which included a film and e-lookbook, allowed Dior Men to share the African contemporary artist, his life, portraits, inspirations and technique, as well as the symbiotic creative relationship between the two.

In the film, Jones expresses: “I really, really, really love his work. I’d wanted to work with an African artist for a long time because I grew up in Africa and African art has always been important to me.

“The styling of the collection is really looking at his paintings and seeing the characters he created and what he was painting in reality and then bringing it back to life in a different way.” 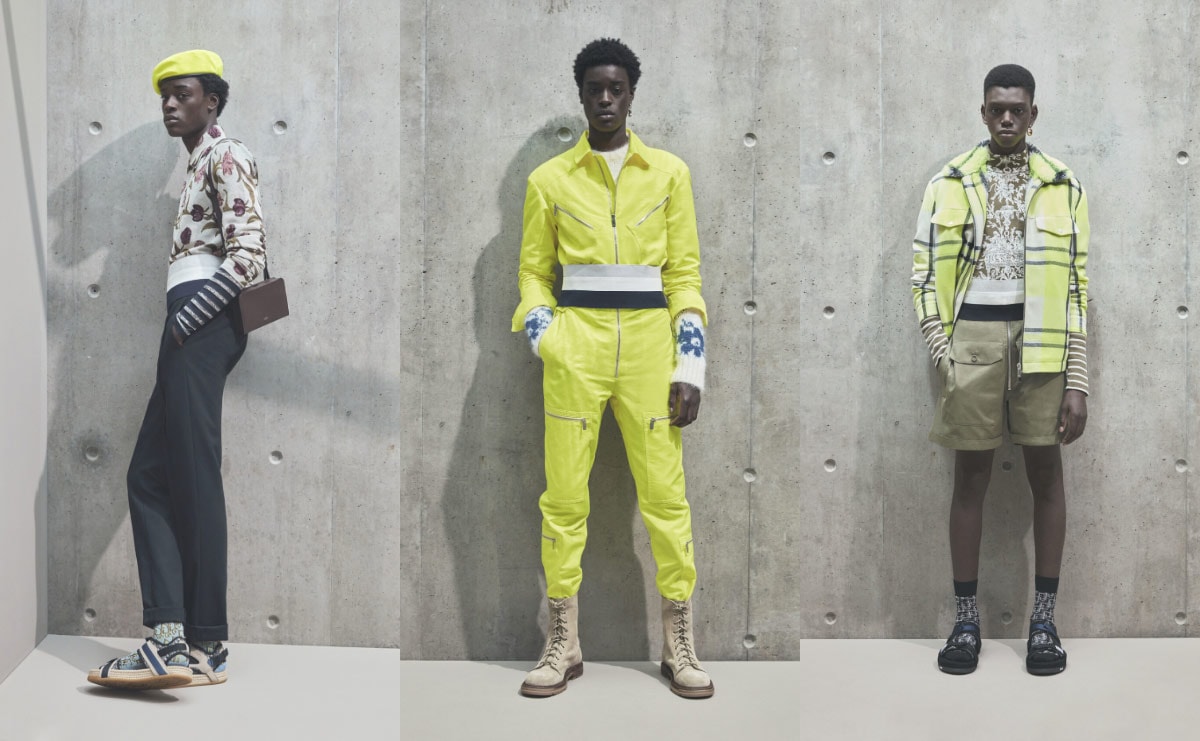