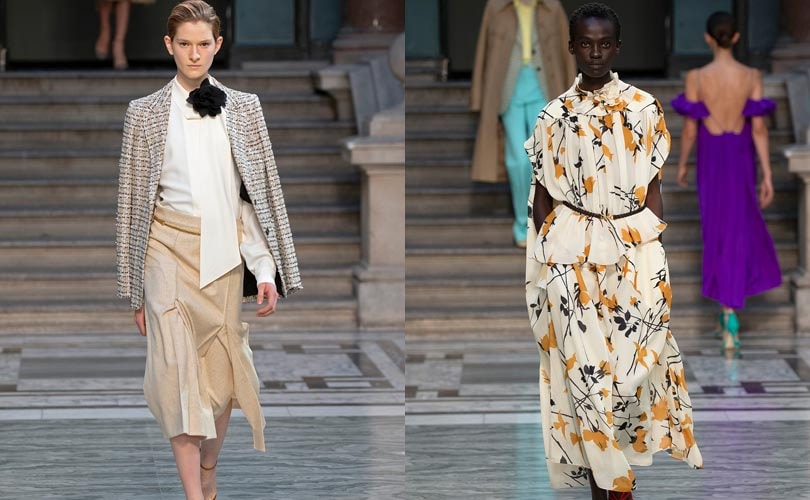 Jodie Comer, the actor who plays Villanelle, the assassin and "fashion victim" of the hit television series "Killing Eve", made a mark when she kicked off Goddard's show Saturday with a candy-pink tulle dress. Fans of the British designer's floaty creations were not disappointed with her show, set in an art deco London gym.

She sent out her models in voluminous skirts and dresses, with vibrant colours such as canary yellow and coral, worn with flat leather boots. Romantic ribbons garnished the shoulders of a pink knit worn over a black robe with a floral print. 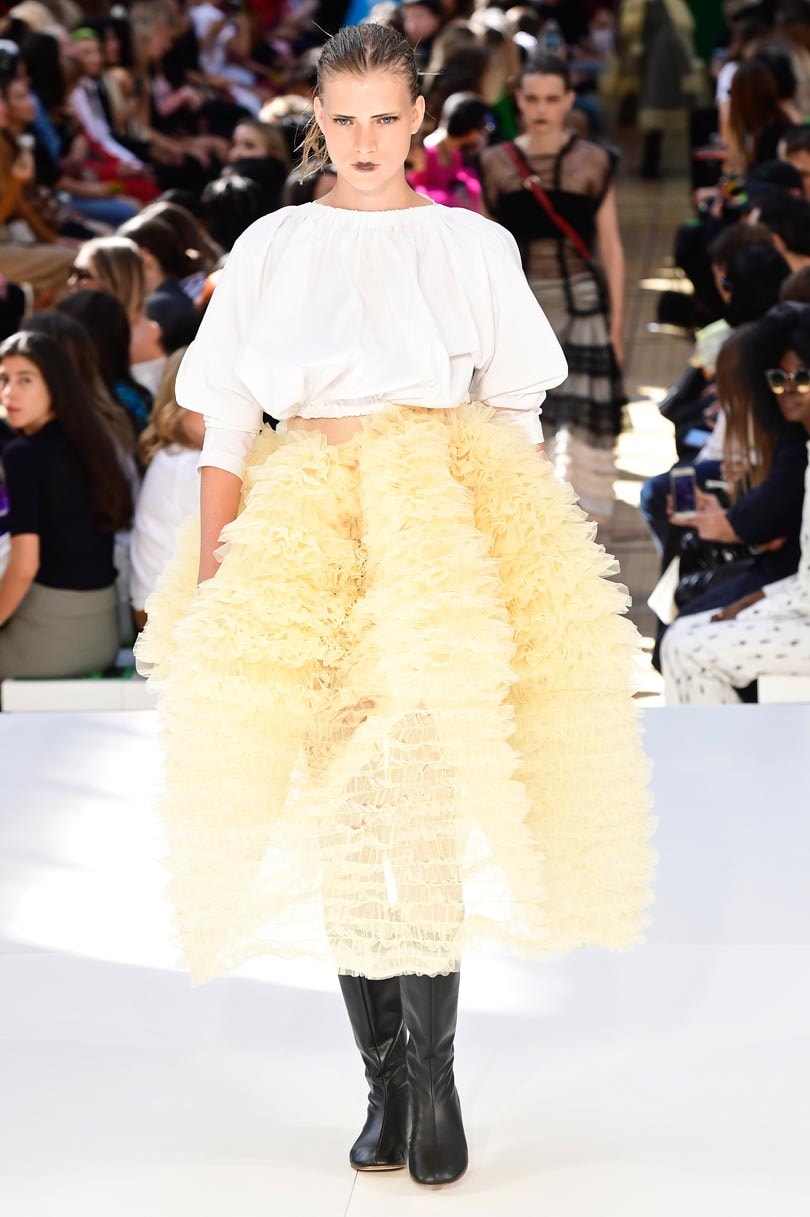 After the show Goddard said she did not have a particular theme in mind but was focussed on "individual looks".

"A lot of this was looking back at the things I've done in the last five years that I liked most, and redoing them more and more, bigger and better," she told AFP.

Long silky dresses in powder pink or violet, shirts with oversized collars worn with a houndstooth jacket with straight trousers for a 70s look: Victoria Beckham played the chic and simple card for her show in the Foreign Office's majestic Durbar Court.

Her watchwords were lightness, freedom and simplicity. 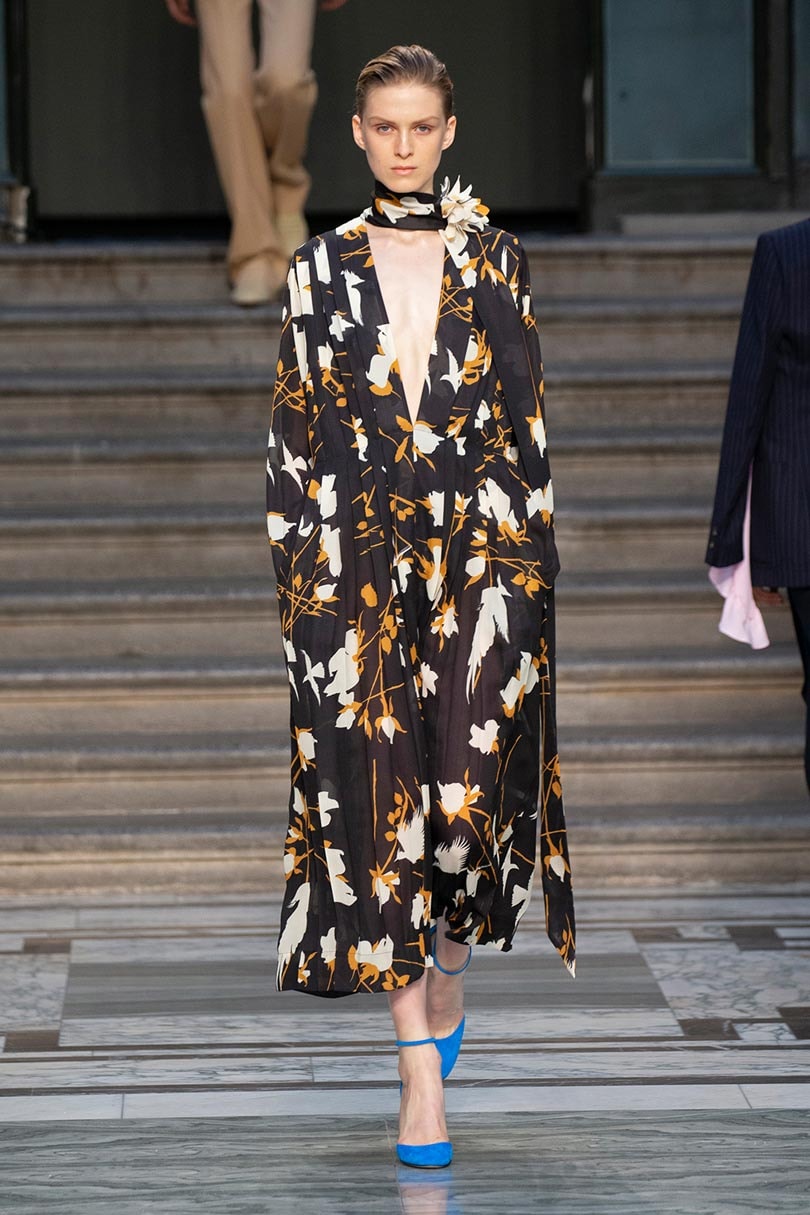 The show drew around 20 activists of environmental group Extinction Rebellion, who briefly shut the road outside the venue to protest waste created by fast fashion.

Roomy suits that could be worn by women and men alike were the fare for Irish designer Sharon Wauchob, who said she has "always liked the androgynous style".

The show, held in a church of London's upmarket Marylebone district, was attended by actor and singer Billy Porter -- whose half-DJ, half-skirt designed by Wauchob made a splash at the Oscars.

"Fashion is all about diversity, inclusion," Porter told AFP. "I want to be the image I never saw when I was a child: a black queer man." 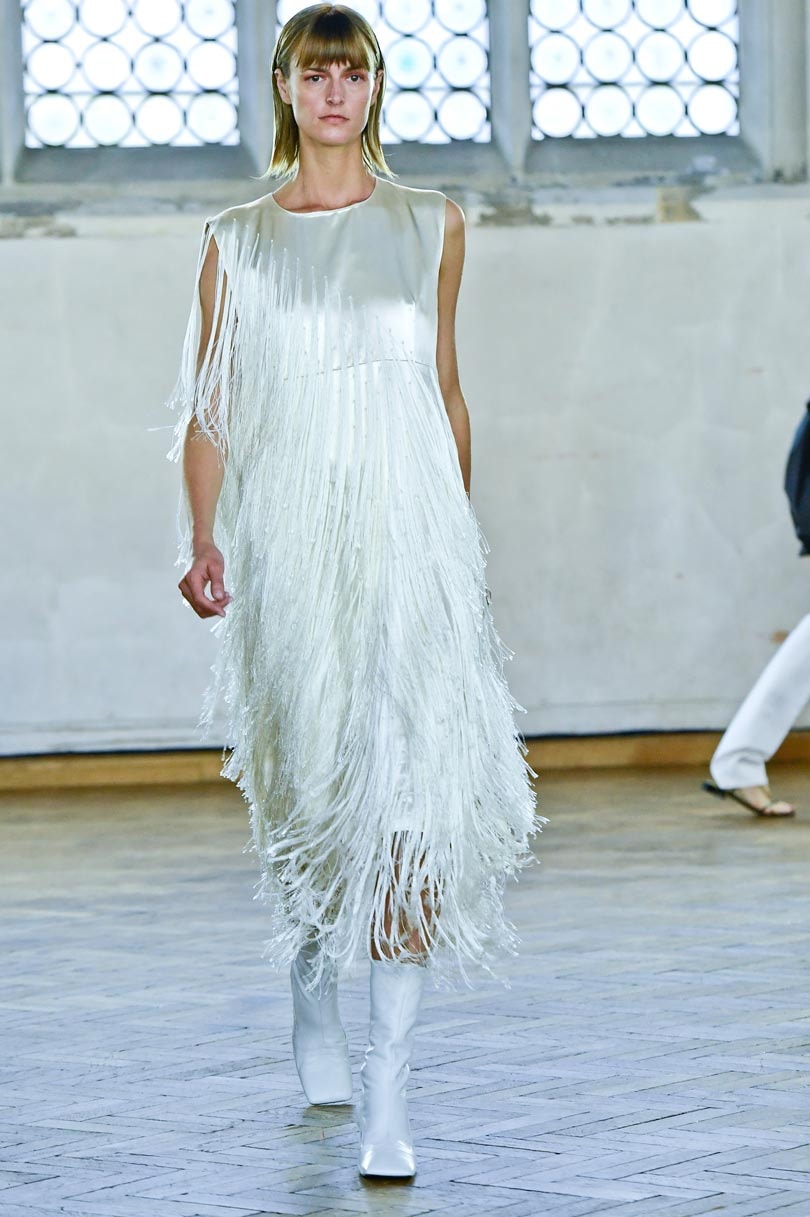 Designer duo Fyodor Podgorny and Golan Frydman drew inspiration from the films "Farinelli" by Gerard Corbiau and "Amadeus" by Milos Forman -- as well as Queen Marie-Antoinette.

Playing with contrasts, they mixed lace with heavy metal T-shirts and paired denim with flimsier materials such as satin and tulle.

"We explored the idea of pansexuality -- attraction to a person whatever the person's gender identity," they wrote.

The show also had a bedroom theme -- a duvet serving as a cape and a pillow repurposed as a bag.

Models went out in oversize pyjamas or tights with psychedelic colours, while babydoll nightdresses were transformed into evening gowns. 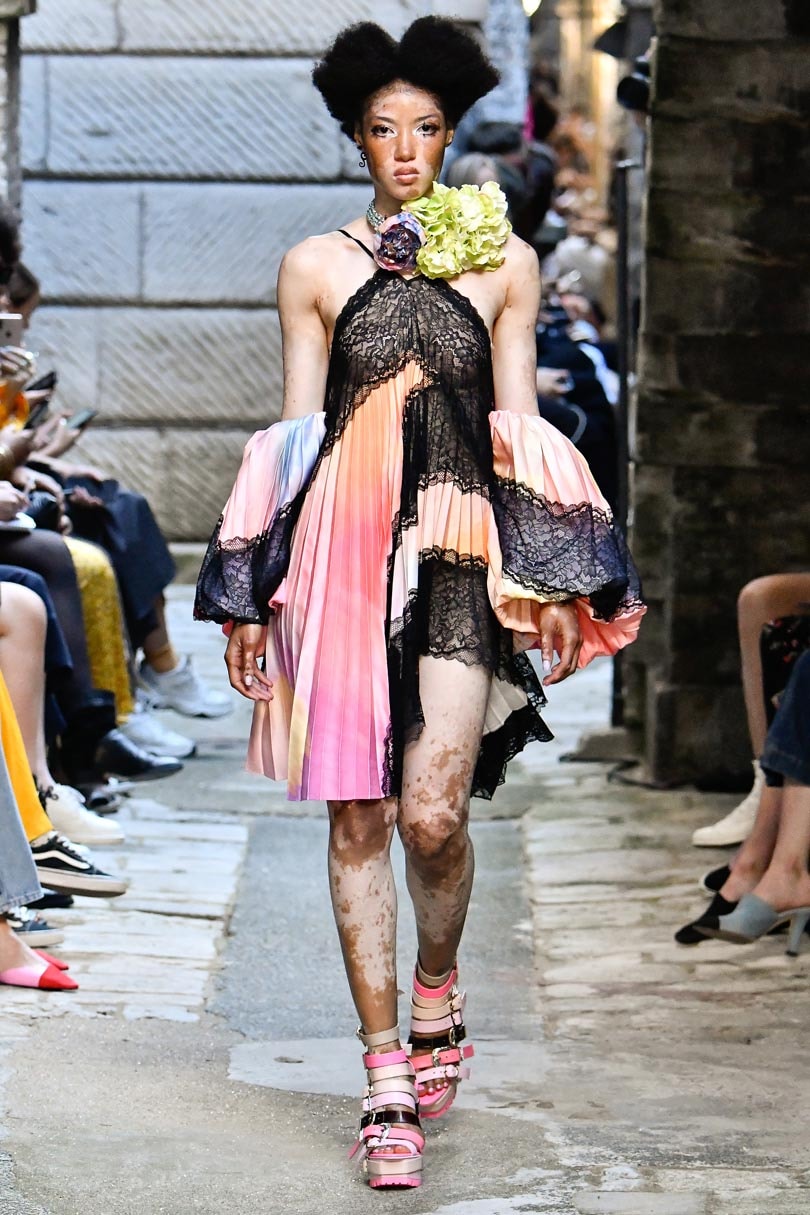 "The concept of trend is dying. Style is better than trends," French designer Roland Mouret said after his show in the garden of the Royal Academy of Arts.

Mouret, who has lived in Britain for years, warned that going after seasonal trends "means consumerism".

He said people should be encouraged to set their own styles.

Mouret said he was inspired by the New York of the 1980s when the city was on the verge of bankruptcy -- before bouncing back.

He went for pastel colours -- mauve, pale blue and beige -- for his calf-length dresses and wide pantsuits. Asymmetrical skirts and dresses, slit up the front, rounded out the show.

Photos: homepages images from Victoria Beckham, courtesy of the brand. Fyodor Golan,Molly Goddard and Sharon Wauchob SS20, all via Catwalkpictures