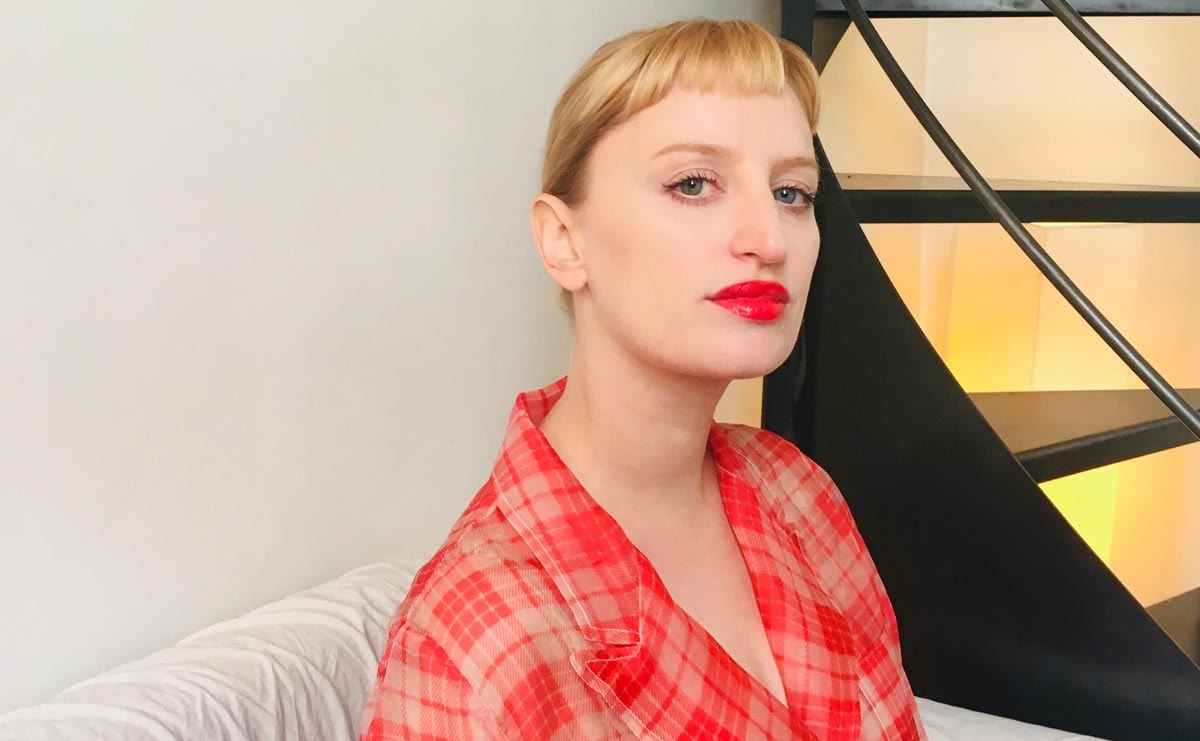 Every year, more than one hundred fashion students graduate from various fashion programmes in Belgium, ready to take on the world of fashion. The new designers all choose different paths: some start their own label, others join a reputable fashion company. What is currently occupying the young generation? What things are going well for them, and what do they have to fight for? FashionUnited interviewed Belgian designer, Marthe De Buck, who graduated from the Royal Academy of Fine Arts in Antwerp in 2015. She lives in Paris where she recently worked for Balenciaga. 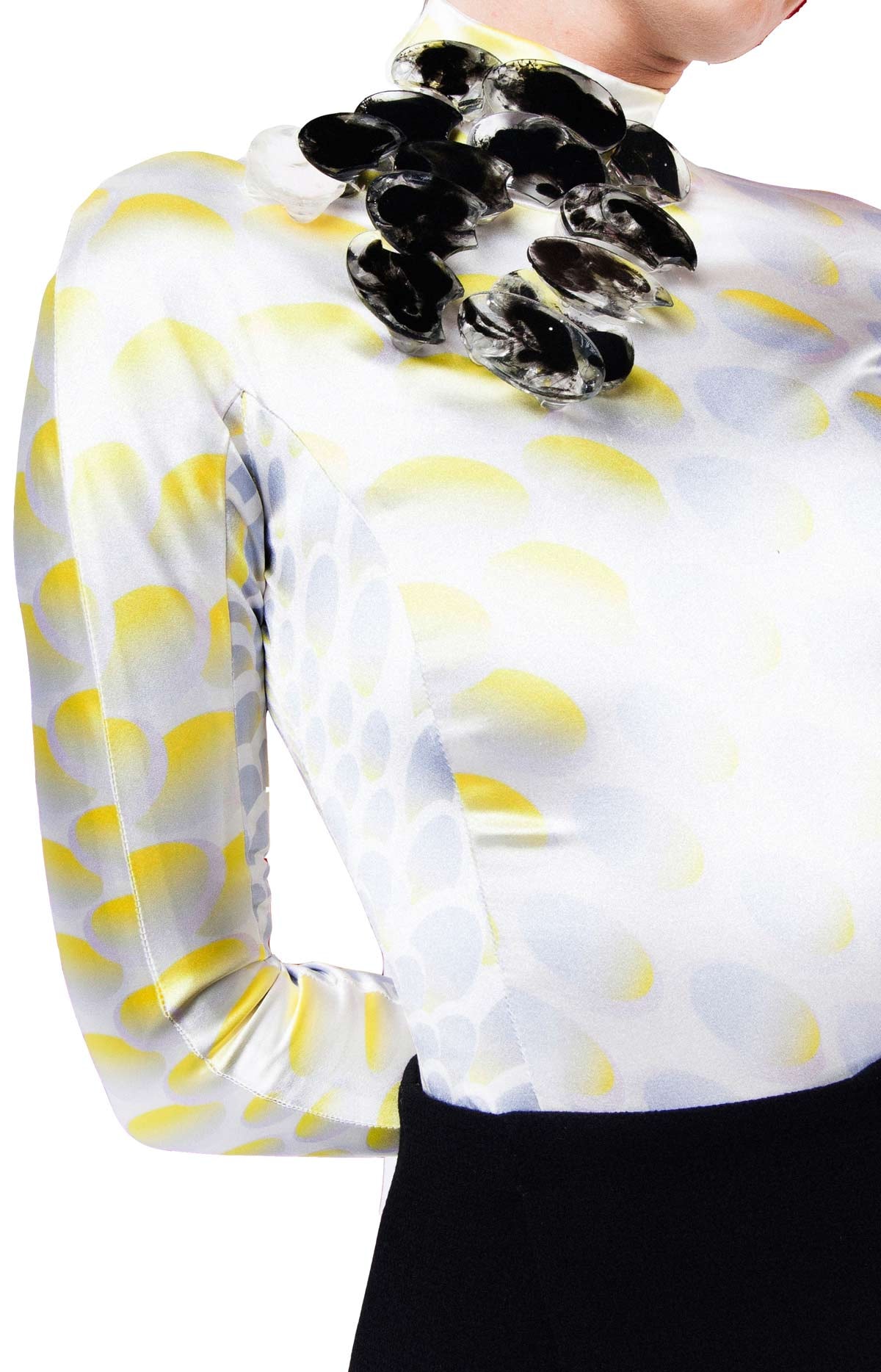 What are the main developments you've been through since your graduation?

My second internship at Marine Serre was very interesting because she wasn't as well known then as she is now. At that time she worked as a stylist at Balenciaga. In addition, her own collection was nominated for various awards including the Andam Award, the Hyères Prize and the LVMH Prize, which she eventually won. The collection was also purchased by Dover Street Market and Ssense and had to be prepared for production. I was her only co-worker and actually held an assistant position: I helped her with all the preparations. An intense and educational experience because I was given a lot of responsibility.

How did you end up at Balenciaga?

A classmate told me that Balenciaga was looking for trainees for the shoe department. I had no professional experience in this area, so I had to prepare a file focused on shoes, especially models. This is to show that you understand the DNA of the brand and can translate it into new concepts. This assignment went very well and I was immediately hired. 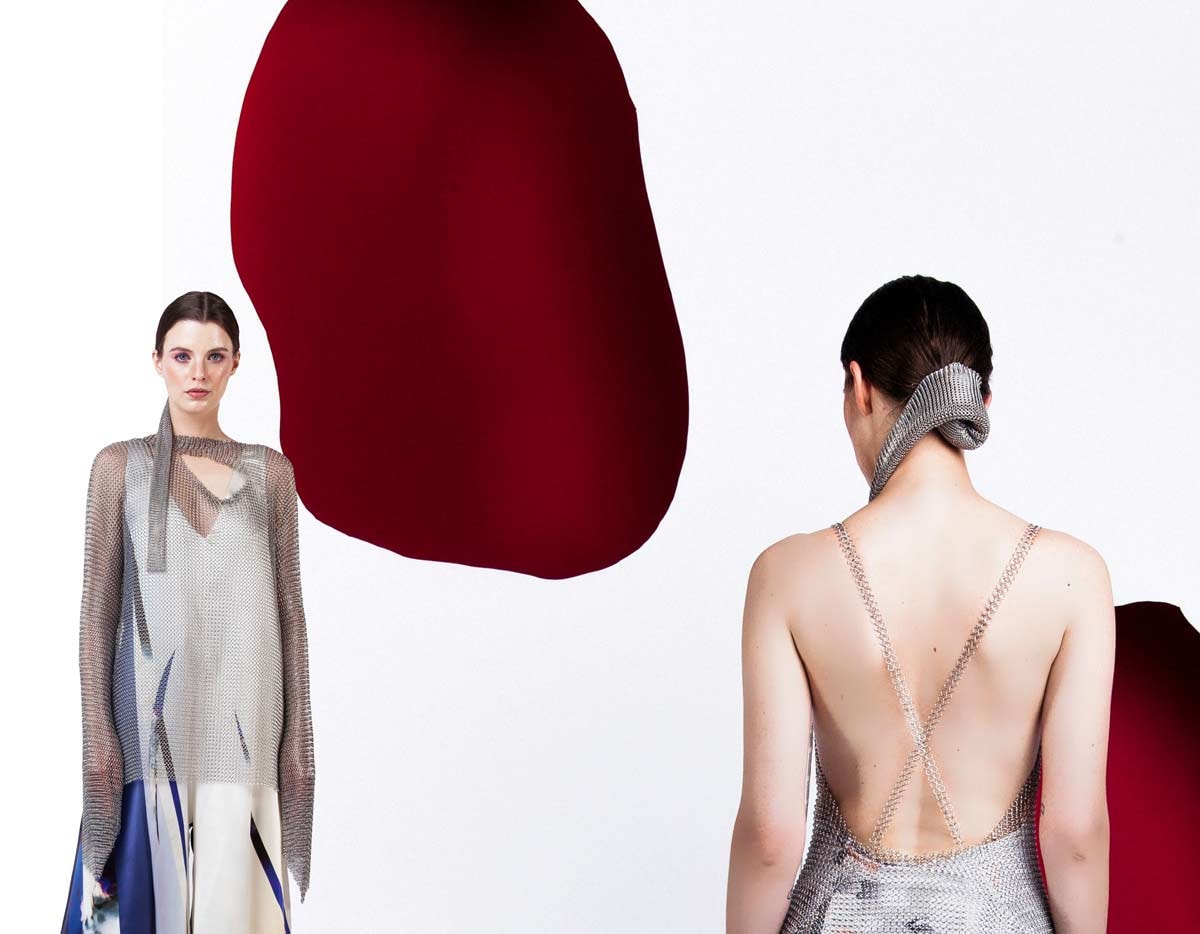 Your last position was as an assistant shoe designer at Balenciaga.

After three months the studio wanted to keep me, but unfortunately, there was no job available. I then proposed to extend my internship by another three months. Martina Tiefenthaler, the right-hand man of creative director Demna Gvasalia suggested that I should also work on an autonomous project and eventually apply to her personally. I worked during the day and spent the evening hours on this project. The end product, a show shoe, is the result of teamwork within Balenciaga and constant interaction with the creative directors. I was offered a contract for five months, partly creative, partly development. I worked at Balenciaga for a total of one year.

Balenciaga is a large fashion house with a clear structure. A large part of my work was creative, but there were also other important aspects such as doing research, making mood boards and technical sheets. It shows the technical structure of the shoe, including a technical drawing. The headquarters of Balenciaga is located ten minutes from my house. The fact that I could walk to work is quite unique in Paris. 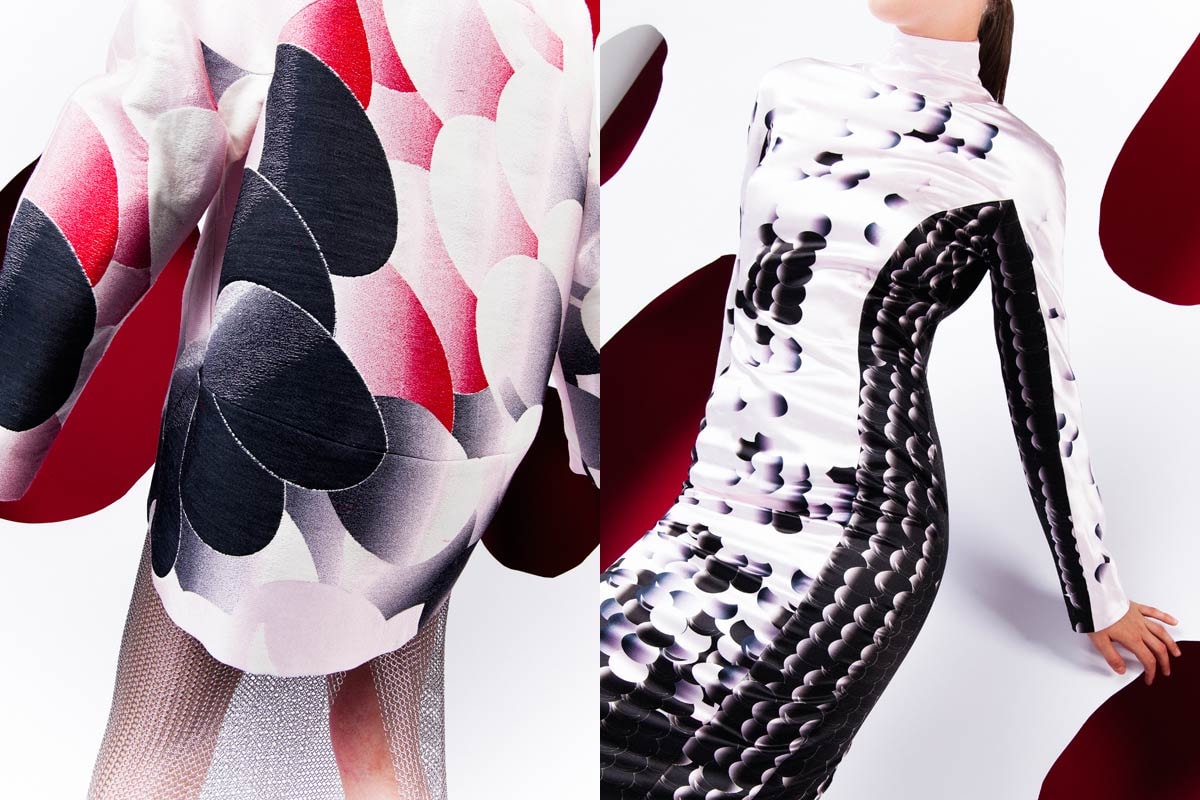 How relevant is what you learned during your studies in practice?

At the academy, you will be challenged to be as creative as possible, to show personality and to think out-of-the-box when designing the collections. The more extreme, the better. The philosophy in Antwerp is that you shouldn't let yourself be limited on a technical level, the creation is number one. Whether this will be useful in reality depends on the fashion house where you end up working for. At Balenciaga, each collection is preceded by a creative process with a lot of form research.

Does the artistic approach of art education sufficiently fit in with the commercial world you find yourself in after your studies?

In Paris, I noticed that colleagues from other schools were often more technically proficient. In order to learn the art of couture techniques such as moulage, I followed a three-month course at L'Académie Internationale de Coupe de Paris (AICP) after my first internship. When I applied for a job, I was often told that this was a great advantage.

What do you have to fight for?

Building a career in fashion is a never-ending battle. The biggest challenge is to get a permanent contract. I have received several offers from good fashion houses, but each time it was an internship, and I don't want that anymore at this stage - then you have to be strong enough to say 'no' to that. The tricky thing is that so many people in the fashion world aspire to have a job as a stylist or designer and are willing to work for nothing. 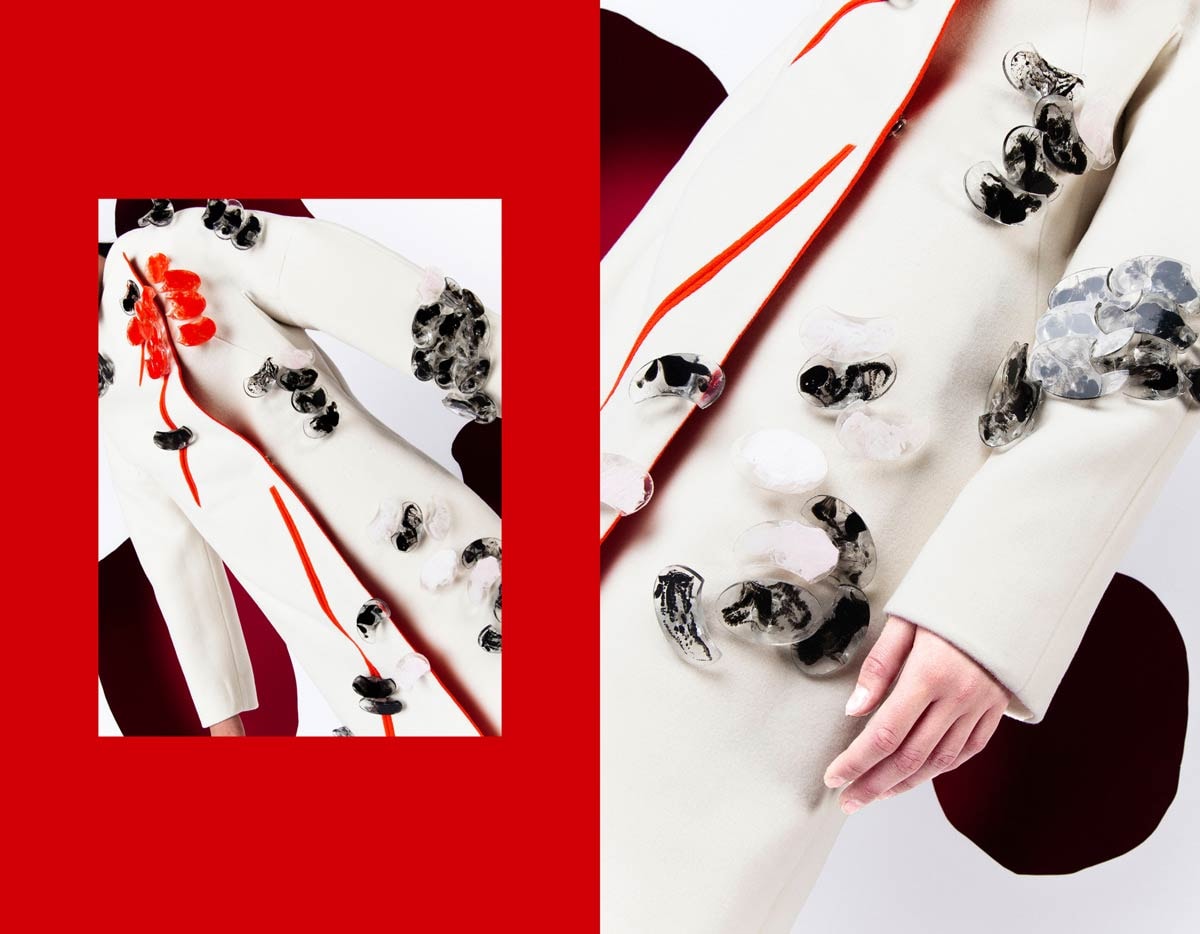 Did you make big investments into your career so far?

Above all, you invest a lot of time at the academy. You sacrifice your social life and leisure time. It's not easy financially either. Now it's more a matter of not giving up and a lot of networking: showing your face at fashion parties, talking to people, showing that you are a personality. Now that I'm applying for a job, that's a full-time job.

What has gone better than expected in the past five years?

I was pleasantly surprised that I managed to put myself in the DNA of Balenciaga and launch creative ideas. During the course, you work exclusively on your own collection and aesthetics, so I was happy to see that I could do the same for another brand.

What gives you the most satisfaction?

To see an idea evolve from a model to an end product. Of course, it's really fun when the product is worn in the end. One of the projects I worked on at Balenciaga is only now in the shops, so that moment is yet to come.

Will you take your work home with you? Or do you turn that button on easily?

I'm always subconsciously engaged in my profession: you have to be constantly alert and let yourself be inspired by your surroundings. That's part of the job and that's what makes it so fascinating. At the most unexpected moments, you can get inspired.

When I happened to be in a sports car a while ago, I was inspired by the steering wheel. It was upholstered in leather and sewn by hand with the so-called 'diamond stitch'. I liked this stitch so much that I translated it into a shoe design. 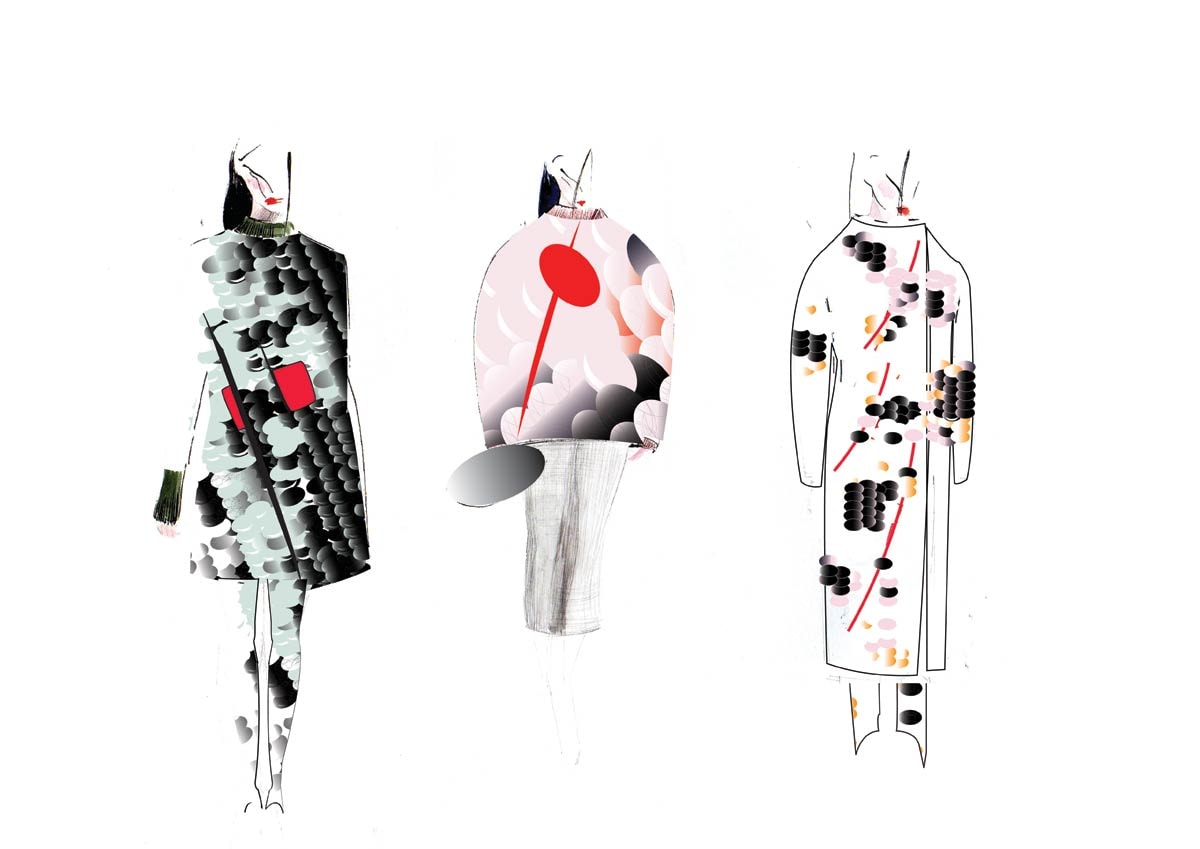 What are you working on right now?

I'm currently busy applying. I have already visited about six agencies and recruitment agencies that have provided me with good tips. In addition, I collect as many inspiring images as possible that may come in handy in the future: on Instagram, Pinterest, in books and during exhibitions.

What is your biggest dream?

Working at a good fashion house, where I have a certain responsibility. Artistic director of a certain division, for example, whether it's shoes or ready-to-wear. Fashion houses that appeal to me include Loewe, Mugler and Chanel. I also have a lot of admiration for Phoebe Philo and Raf Simons.

Does it help that there's already a reputable company on your CV?

Yes, that's worth a lot. I hope that my next job will be at a French fashion house again. The history and savoir-faire of French fashion houses inspire me enormously. I have been living in Paris for three years now and have a relationship with a Frenchman who works in the art world. We live in the seventh arrondissement, a fairly popular but quiet area, with many art galleries. This is where I want to stay, in this city I feel at home.

The original version of this interview was published on FashionUnited Belgium. The text has been translated and edited for an international audience.