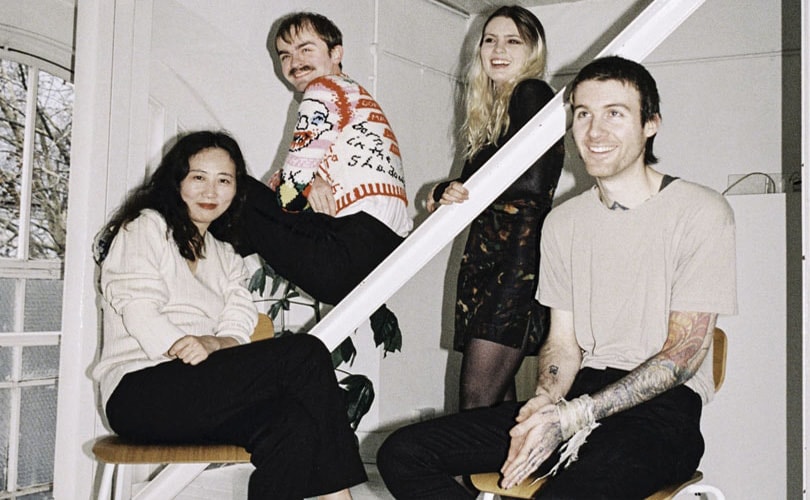 Non-profit talent incubator Fashion East, which showcases during London Fashion Week, has confirmed that newcomer Gareth Wrighton will debut alongside Charlotte Knowles and Yuhan Wang who return for their third and second seasons respectively.

The three designers will showcases their autumn/winter 2019 collection as part of a group show on February 17. In addition, each designer will also receive a bespoke programme of support, including bursaries, expert one-to-one mentoring, a place in a leading Paris sales showroom, messaging and marketing support, business training and commercial partnerships.

Commenting on the line-up, Lulu Kennedy, founder and director of Fashion East said in a statement: “Gareth came onto my radar back in 2015 when he was making collections, film and video games with endless energy. I loved his vision and sense of adventure as an artist working across many mediums whether solo or collectively.

“I’m excited to watch his work evolve in a catwalk context and welcome him to our line-up. We’re all very proud of Charlotte and Yuhan’s beautiful collections; their exploration of sexuality, femininity and what it means to dress for yourself as a woman.”

Wrighton, who joins the line-up for the first time graduated from the BA Fashion Communication and Promotion course at Central Saint Martins in 2016. Following his graduation, Wrighton worked as a freelance photographer, stylist, and art director, before launching his own label that works between a variety of media including knitwear, tailoring, photography and computer modelling. The aim of his label is to highlight the globalisation of garment production and the impact of fast fashion on the communities in which it is made and consumed.

He joins Charlotte Knowles, the South London-based fashion label led by Charlotte herself with her partner Alexandre Arsenault, which explores the boundaries of the future of luxury womenswear with its focus on refined and intricate detailing for “strong and confident” women.

This season will also see the return of Chinese-born, London-based Yuhan Wang, a graduate from the Central Saint Martins MA who made an impressive LFW debut in September. Wang’s collections are inspired by traditional Chinese ideas of femininity and its connections to Western culture, exploring the line between coverage and exposure.

The autumn/winter 2019 line-up was selected by the Fashion East team alongside a panel of industry experts including Kate Phelan from British Vogue, Mandi Lennard, founder of Mandi’s Basement, Matches Fashion buyer Natalie Kingham, and Sarah Mower from US Vogue.