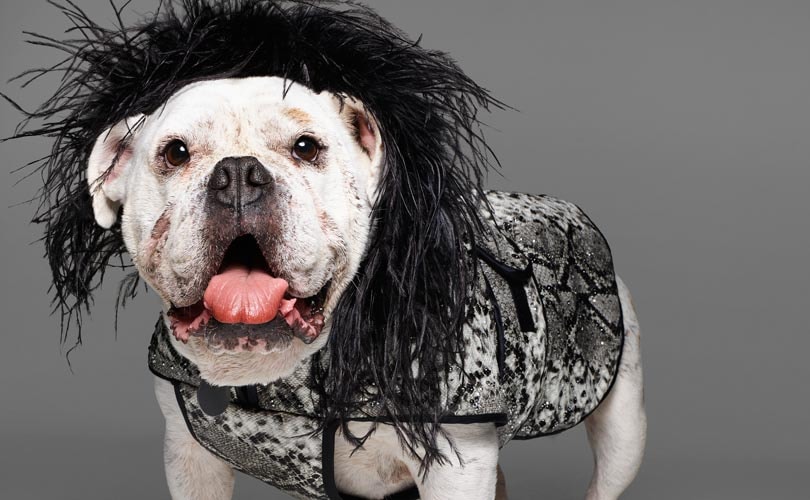 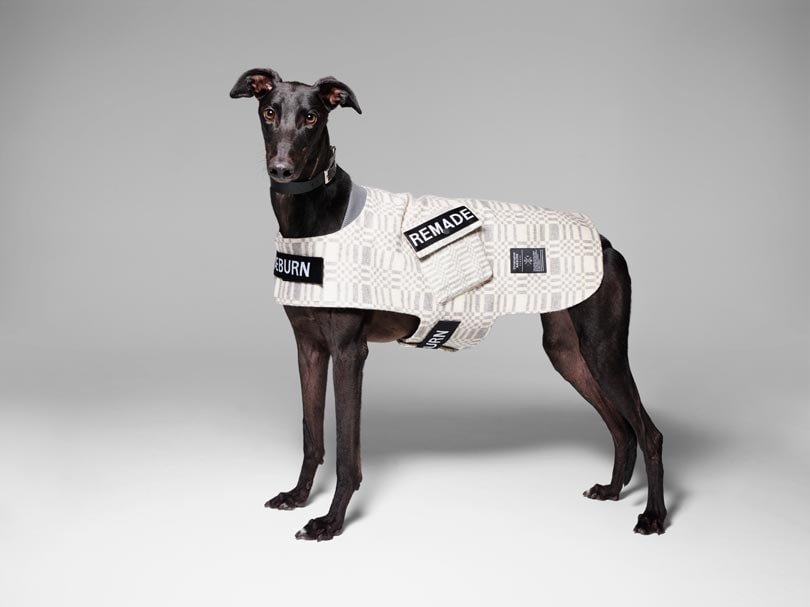 The designer bespoke dog coats, collars and leads will be auctioned off to raise vital funds for the charity and will be unveiled at the charity’s Collars and Coats Gala Ball on November 1 as part of a special ‘Dog Walk’. 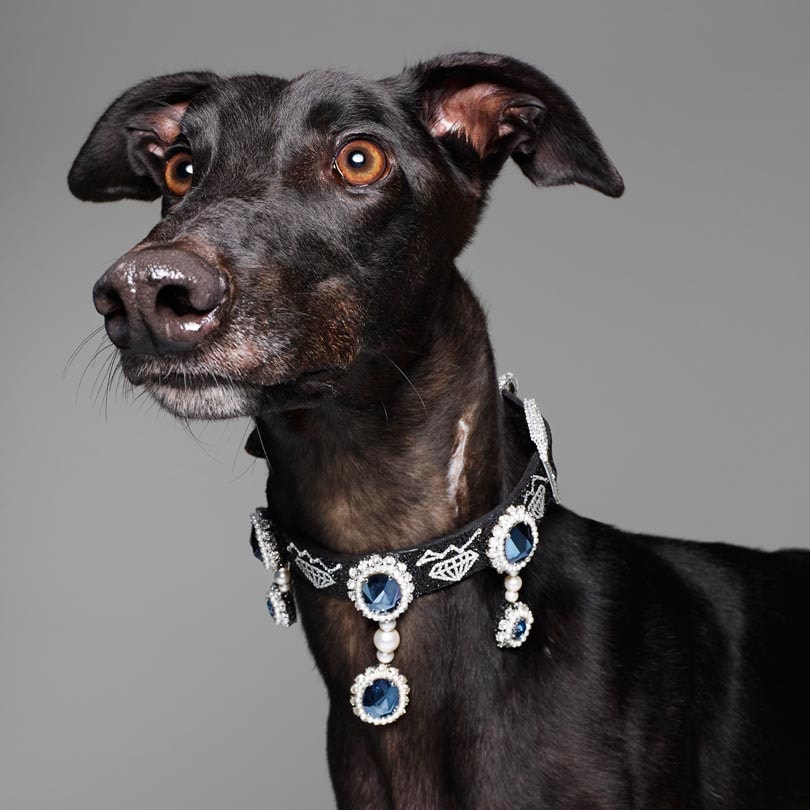 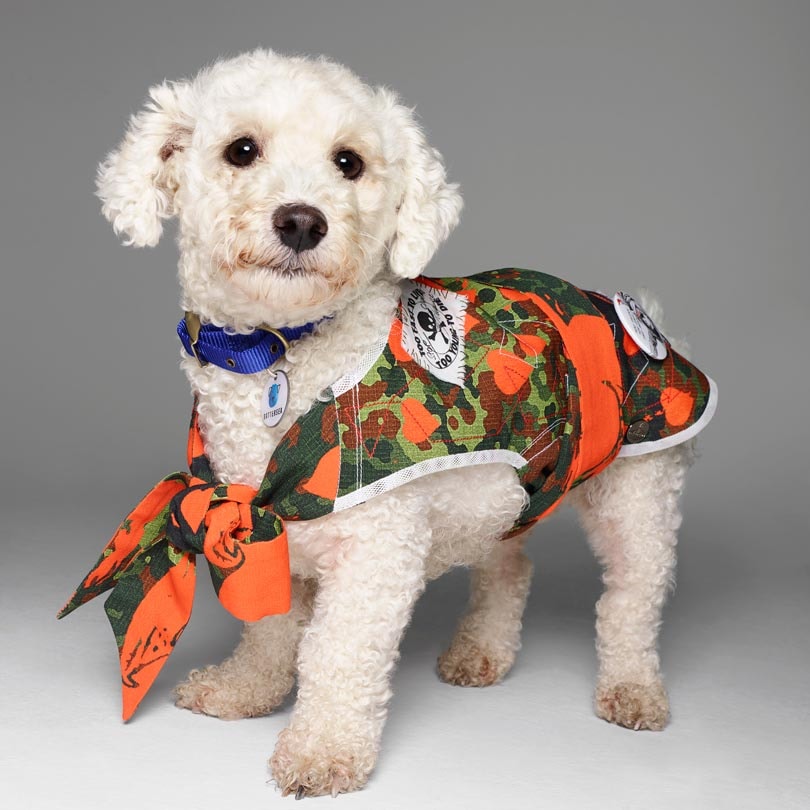 Claire Horton, Battersea chief executive, said in a press release: “This really is the most wonderful and unique fashion fundraiser and we’re incredibly excited and honoured to have so many world-renowned designers supporting Battersea and creating a fabulous array of covetable dog coats, collars, and leads to be auctioned off for our charity. 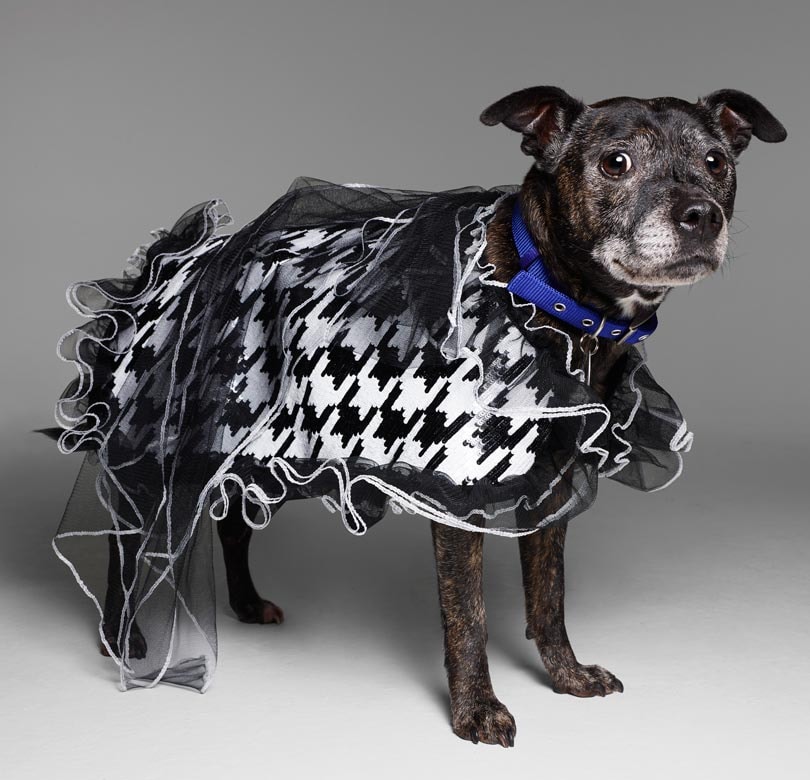 “It costs more than 21 million pounds annually to ensure Battersea can keep helping dogs and cats in need and, with no government funding, our Collars and Coats Gala Ball is all about increasing awareness of the important work the charity does 365 days per year to offer a second chance in life to thousands of animals.” 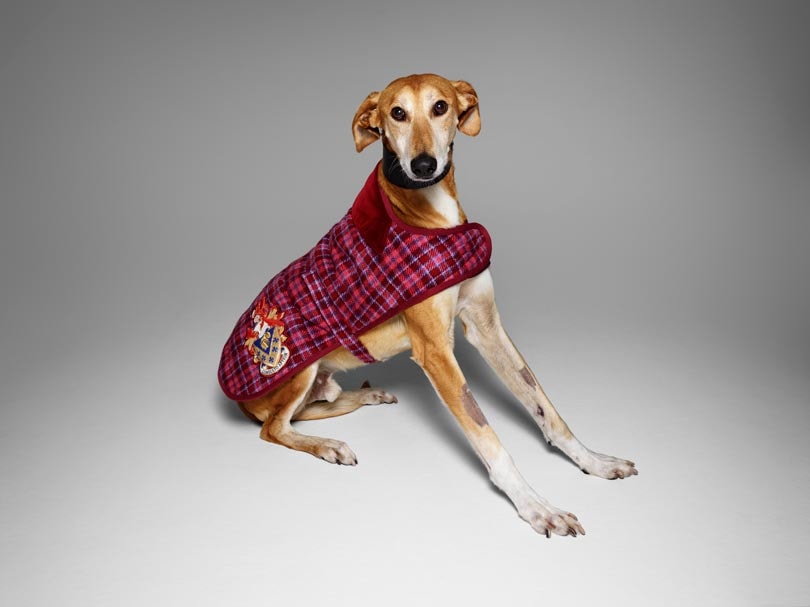 To raise awareness of the auction and the fashion fundraiser, iconic photographer Rankin snapped a handful of Battersea’s four-legged residents, including Noah the eight-year-old Staffordshire Bull Terrier, in a Matthew Williamson coat, and Junior the five-year-old Greyhound, keeping it classy in a bespoke Philip Treacy collar. 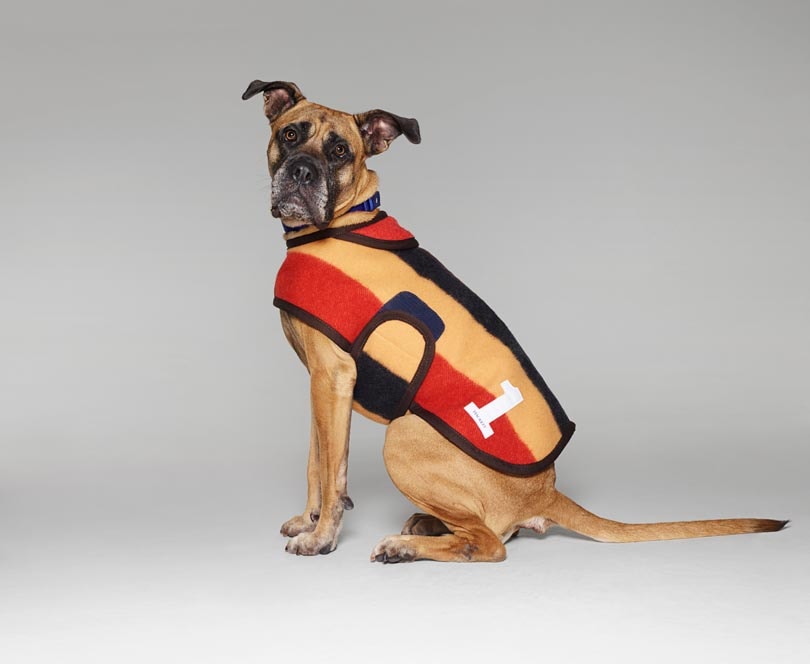 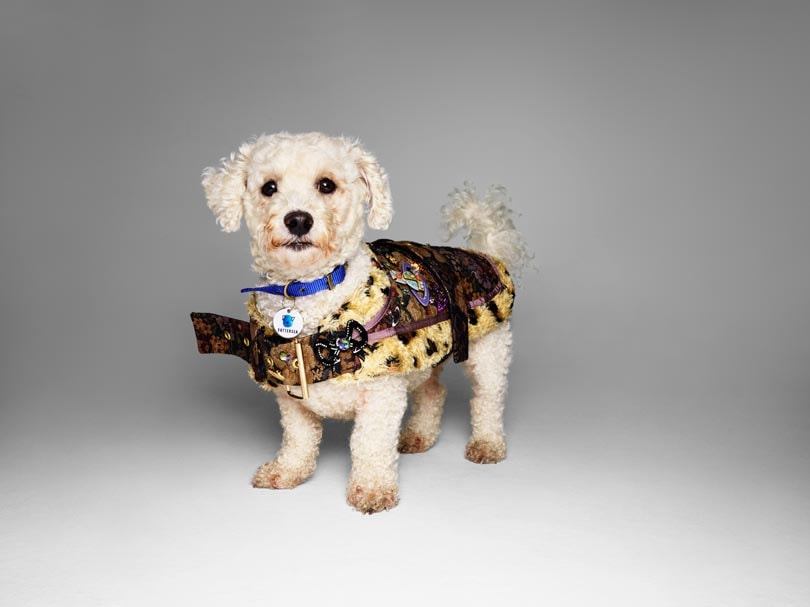 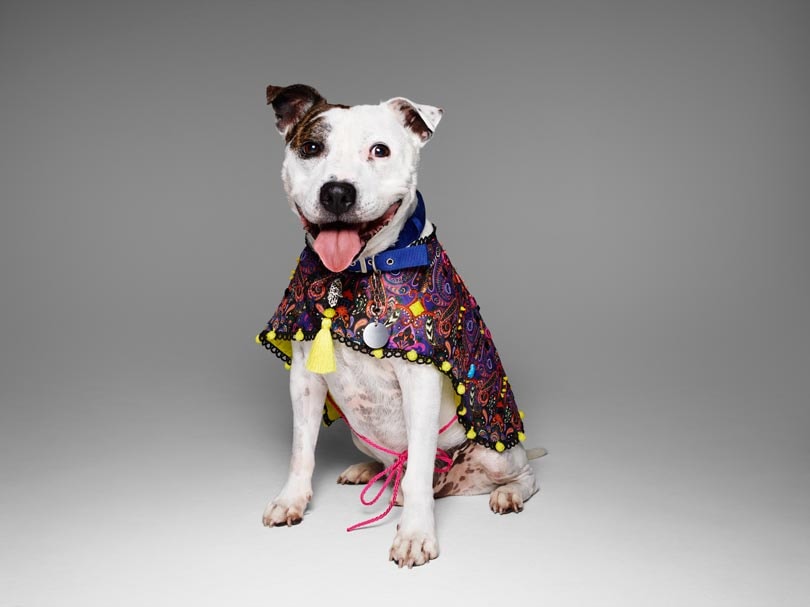 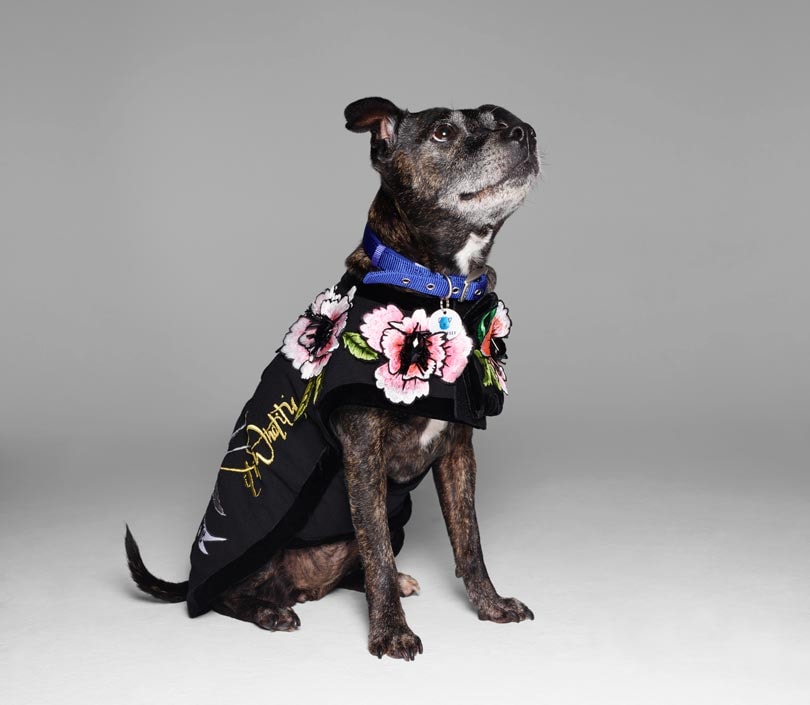 Images: courtesy of Battersea Dogs and Cats Home by Rankin