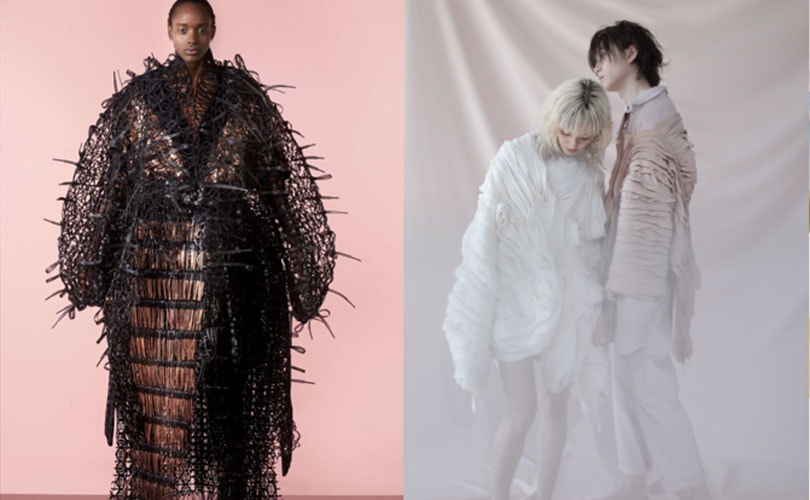 Fashion Scout, the international showcase held during London Fashion Week, has named four winners of its The Ones to Watch Award for autumn/winter 2019 - 1x1 Studio, Aurélie Fontan, Bowen Hu and Shie Lyu.

The four emerging designers will take part in a collaborative show with the aim of helping raise the profile of emerging design on a global scale. The award, now in its 12th season, has previously helped winners including Eudon Choi, Georgia Harding, Phoebe English, Edda and I-Am-Chen.

Paris-born, London-based designer Aurélie Fontan launched her eponymous label in 2018, after obtaining 6 nominations at Graduate Fashion Week, including three main awards in Womenswear, Sustainable and Ethical and Catwalk Textiles, and scooping an additional award in the Michael Kors Accessory Design Competition. Fontan is firmly establishing herself as a sustainable fashion designer, with a focus on bio-design and circular economy, including zero-waste production methods in texture making and cutting. 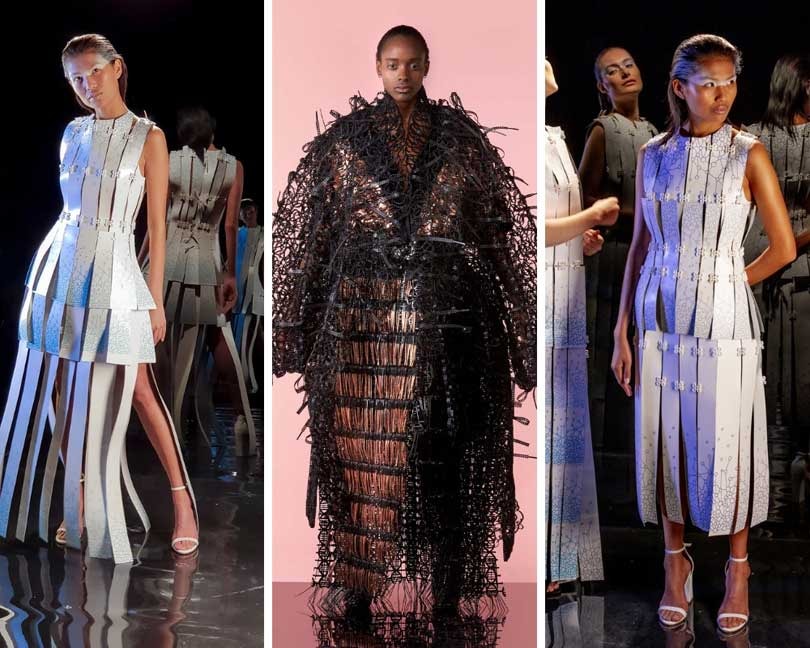 On winning the Ones To Watch Award, Fontan said in a statement: “I was really thrilled to be selected as a winner of the AW19 Ones to Watch Award, and proud to represent my university and sustainable ethos among such an excellent panel of emerging designers. It is a great opportunity to showcase best sustainable practice to the industry and media.”

Shie Lyu, with a background in finance and accounting, completed a Fashion Design Masters at Parsons in New York, and went on to show her graduate collection at New York Fashion Week. Lye, originally from China and having lived in Sydney, Tokyo, New York and London, asks herself ‘What can a mathematician innovate in fashion?’ and use precise ‘formulas’ and ‘tools’ to create her new modern and romantic couture collection that uses unusual industrial materials like molded Perspex, rubber, and heat shrink industrial tubing, alongside contrasting colourful embroidery and beading using haute couture techniques.

Commenting on her win, Lyu added: “It is such a great honour and surprise that I have been selected as one of the OTW winners! Fashion Scout has a prestigious international platform that has supported many talented designers. I am very inspired and feel much more motivated to push myself further in fashion design especially in textile innovation.” 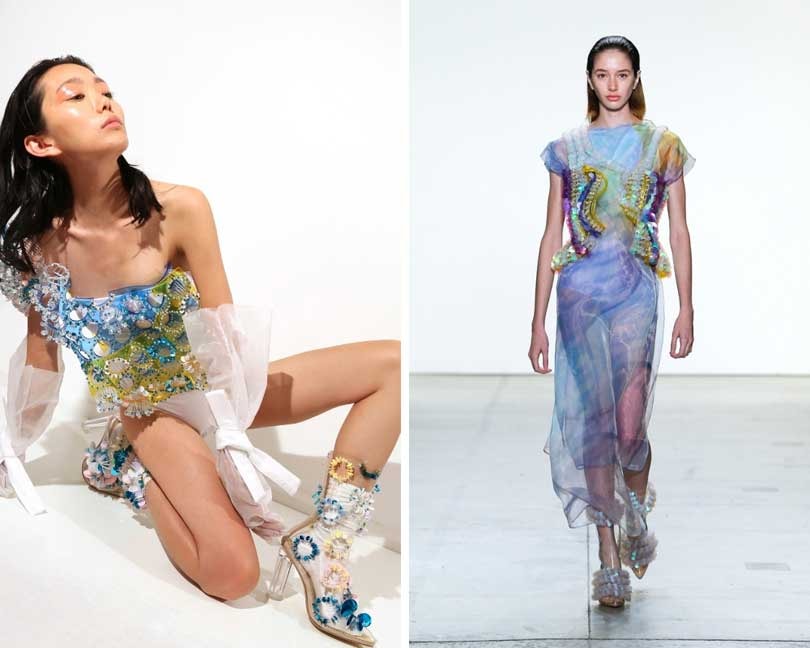 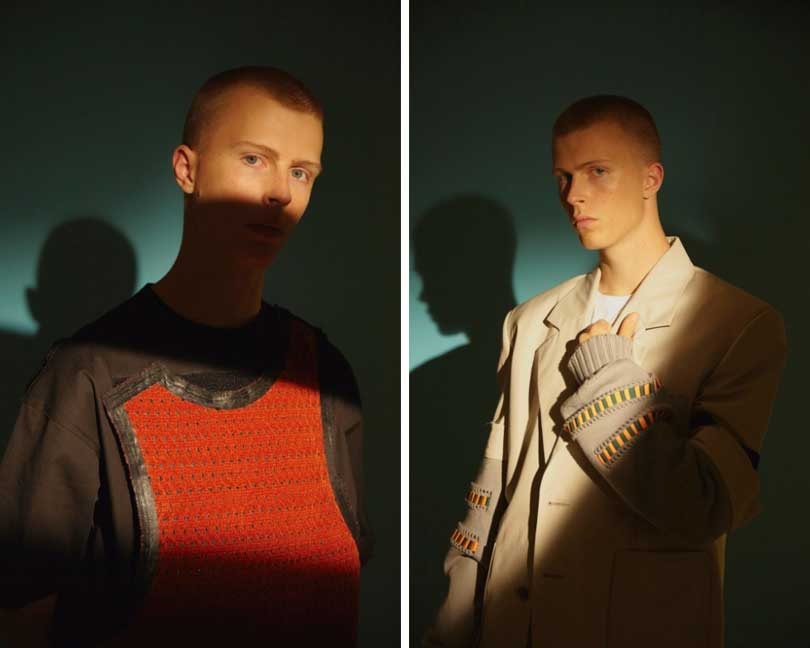 The aim of the brand is also to bring out a new fashion cycle by working closely with other talent in order to give new horizons of each collection, and currently the label is working with UK-based menswear designers Wei Yao Lin, who focuses on visual and silhouette of the design.

On making his debut at London Fashion Week, Kuo said: “As a winner of the AW19 Ones to Watch Award, I am excited about being selected to showcasing our work on an international platform for more people to see the brand. It means a lot of hard work will be seen from the 1X1 Studio team. “Fashion Scout is every designer’s dream place to show at, and we’d like to thank all the selection judges and Fashion Scout team for fully supporting emerging designers.”

The final designer in the line-up is New York-based designer Bowen Hu, who’s designs are strongly influenced by her understanding of personalities and psychology. With a textile background from Central Saint Martins, Hu is inspired by the study of unique surfaces with all the textiles handmade with a ‘side on’ layering technique, using the edge of the fabric as the final surface to the garment.

For autumn/winter 2019, Hu has taken inspiration from the world of one’s subconscious mind and brainwave patterns for her unisex collection. Research was undertaken into dream analysis with every garment being given background story of a personal dream. Neutral and settling colours, run throughout the collection giving the viewer a relaxed feel.

On winning the Ones To Watch Award, Hu said: “Being one of the four winners is a great honor for me and it makes me believe in what I am doing more. People like Fashion Scout who truly appreciate the value of young designers are commendable. I feel assured.”

This season’s winners were chosen by a judging panel of industry experts including Martyn Roberts, Fashion Scout’s founder and director, Constanza Lombardi the Next Gen buyer at Browns, Kendal Robbins, senior programme manager at the British Council, and Lizzy Bowring, catwalk director at WGSN.

Fashion Scout founder and director Martyn Roberts added: “This season’s Ones to Watch truly demonstrates what the award was created to showcase and we are excited to have on board this season a designer who has been recognised for their vegan and ethical inspired work as well as menswear. We have a bold and colourful eclectic mix of designers from around the world making Ones To Watch the highlight of the AW19 schedule.”

The AW19 Ones to Watch Catwalk Show will take place at Freemasons’ Hall on Sunday, February 17.