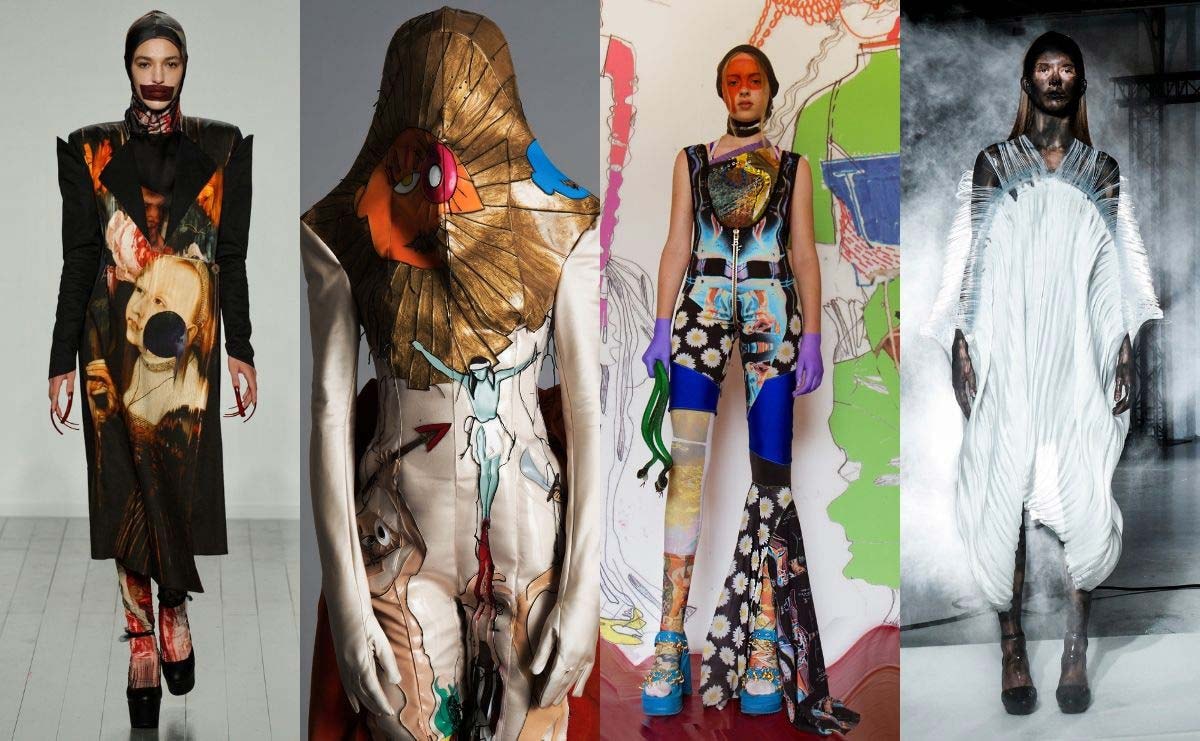 Fashion Scout has named four designers hailing from London, France, Serbia, and the Netherlands, as part of its ‘Ones to Watch’ collaborative showcase, which is set to take place during London Fashion Week on September 13.

The four emerging brands who will make their London Fashion Week debut are: Gala Borovic, IA London, Studio Adaptive Skins and AV, who were all selected from hundreds of applicants by a judging panel that included Martyn Roberts, Fashion Scout’s founder and creative director, Contanza Lombardi, Next Gen buyer at Browns, Niamph Tuft from Fashion Revolution and Hannah Craggs the youth trends editor at WGSN.

Fashion Scout’s founder and creative director Martyn Roberts said in a statement: “We are extremely excited to showcase our SS20 Ones To Watch Award Winners. The selection panel judges were impressed with the technical skills, fabric development and print techniques on show. Fashion Scout are excited to give this seasons winners the opportunity to continue building their brand and profile on a global scale.”

Created in 2014, the ‘Ones to Watch’ collaborative show is now in its 13th season and was created to raise the profile of emerging design on a global scale, allowing the four chosen designers to showcase their new collection to an international audience of buyers and media.

IA London is a British avant-garde fashion brand, founded in 2017 by Cambridge-based designer Ira Iceberg, who’s vision is one of wholly personalised fashion. The brand has designed a unique design process to support its vision, which involves a series of original hand-painted artworks, created by the founder, digitally printed directly on the pattern. These paintings become the surface of IA’s garments and define their distinctive appearance, as the brand looks to integrating fashion and art. 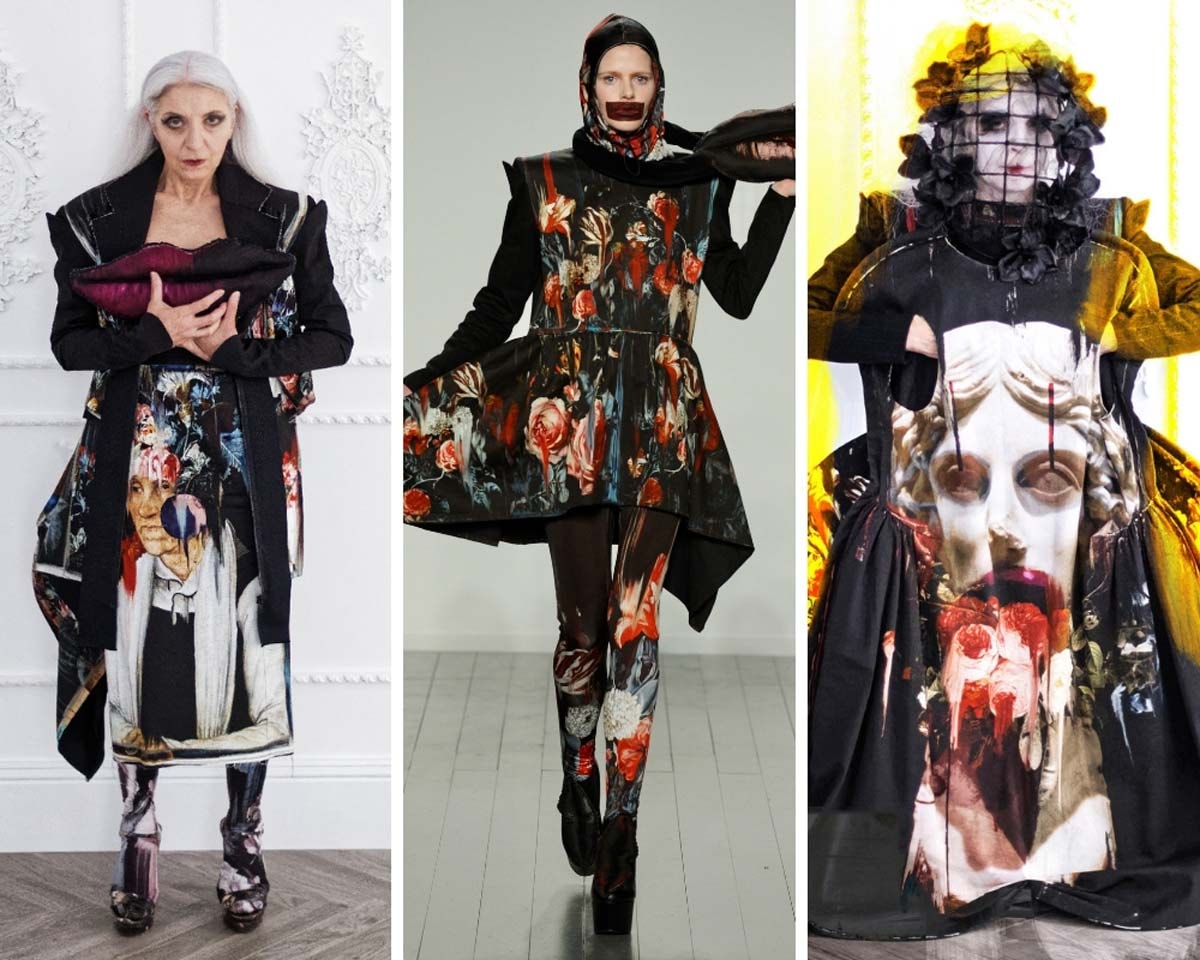 For spring/summer 2020 collection, ‘I’m Bias-Blind’, IA London is inspired by King Lear, with the recurring images of sight and blindness illustrating the theme of self-knowing and consciousness, across oversized silhouettes, childlike accessories, and layers of sheer fabrics.

On winning the ‘Ones To Watch' award IA London said in a statement: "From the start IA London has fearlessly walked the narrow route to meaningful fashion, guided each step of the way by its creative vision and values. Being awarded “One to Watch” by the iconic Fashion Scout is an acknowledgement of the brand’s authenticity and allows IA London to share its unique point of view with a wider audience.”

Originally from Pessac, in the French Bordeaux’s suburbs, Vincent Lapp, a graduate from Central Saint Martins, launched his couture label in 2018, dedicated to creating mindful fashion, raising polemic, tackling society absurdities and engaging in essential struggles such as sustainability.

For spring/summer 2020, Lapp is continuing to evolve his past collection, looking at the place of the female body within religion alongside addressing the covering of the body, hair and face, with inspiration from the French movie ‘Le ciel attendra’, which depicts how false promises and deceit can lead young girls to the path of radicalism and obscurantism.

Sustainability is a key focus of the new collection, with the use of materials such as biological cotton, Cupro, Tencel, rayon and natural rubber, as well as responsibly sourcing of silk. The brand is also leather and fur free, as well as encouraging upcycling with the use of authentic fishing net and natural dyeing with vegetables. 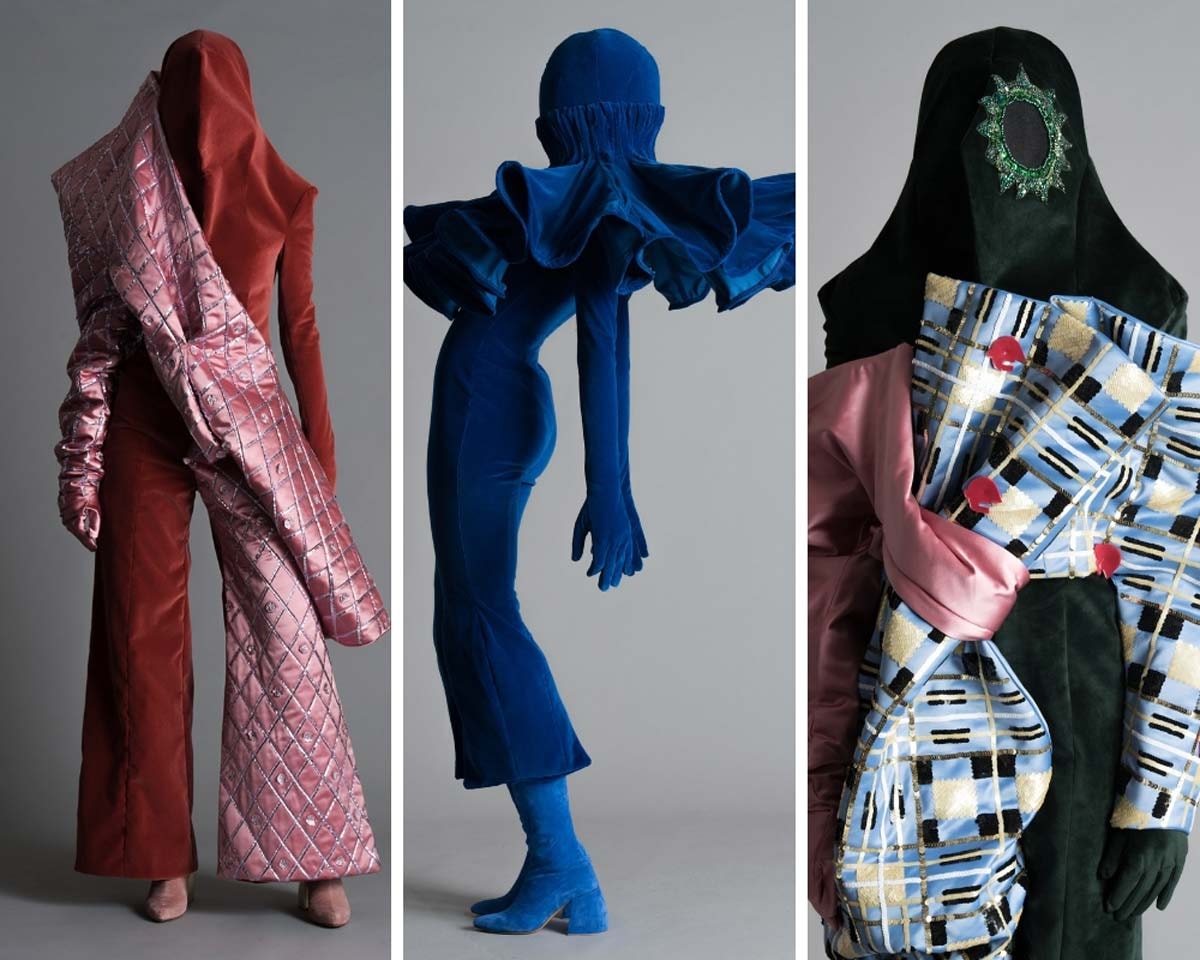 Commenting on his London Fashion Week debut, Lapp said: “It is such a great honour to win the Ones to Watch Award. We are truly blessed for the opportunity given to show our work at London Fashion Week and we would like to thank Fashion Scout for believing in us and opening to us this great platform to share our vision. Winning this award shows the desire for authenticity and traditional craftsmanship, and we are proud that it was made possible because we stood up for our convictions.”

Originating from Serbia, Gala Borovic launched her namesake label in 2018 after gaining two Masters degrees from Fashion Design, at Faculty of Applied Arts in Belgrade and ArtEZ Institute of the Arts in the Netherlands. Borovic describes herself as a maximalist who is experimenting with levelling-up the importance of a process with the final outcome. The brand focusing on textile, print and concept development and regularly includes capturing the intimacy of essential life moments.

The collection to be showcased at Fashion Scout has taken inspiration from ‘The Base,’ a private, art studio which represents a modern space for justified escape from reality, built through the arrangement of many old things, second-hand furniture, antiques, waste and amateur art creations of members. The SS20 prints and textures are inspired by this place, and artworks including sculptures, artefacts and drawings. 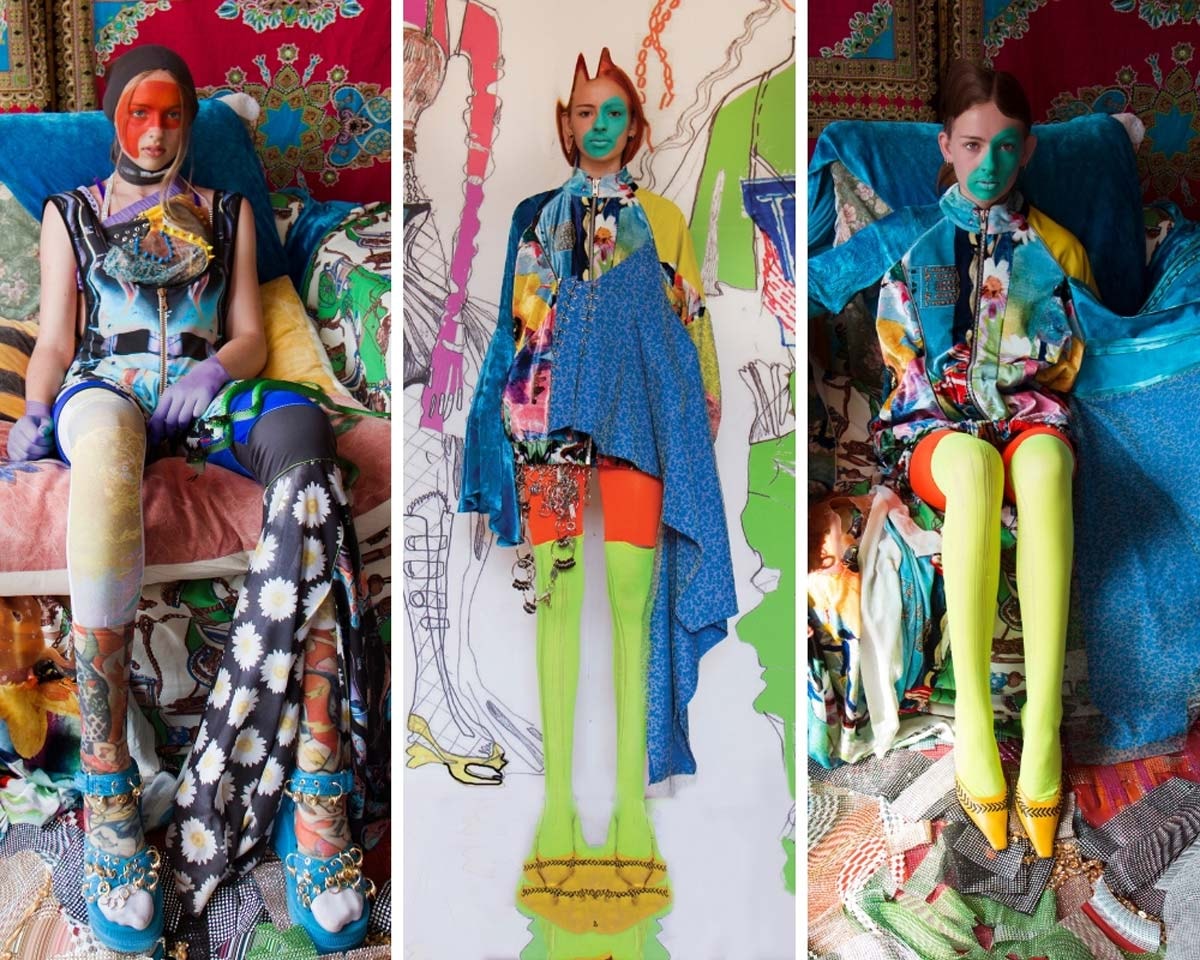 On taking part in the ‘Ones To Watch’ showcase Borovic said: “This award came at the right time. After graduation, many students are facing uncertainty and are doubting about their further career choice. Taking into consideration I am no exception, I feel very empowered by having an opportunity to show at London Fashion Week.

“Being one of the four chosen designers, this journey, from Fashion Scout South East Europe (Fashion Scout SEE) competition in Slovenia, Belgrade Fashion Week and now to Ones To Watch show, represents an important stepping stone of my professional development.”

Studio Adaptive Skins was founded in 2018 by designer Jef Montes, as a textile architecture studio based in Arnhem, Netherlands, with a strong emphasis on responsive materials, as well as creating shape within the materials rather than cutting patterns out of 2D fabric.

The materials are applied on the human skin but also connected to the structure of a building and interior and the studio has its own signature projects that are focused on wearable designs, high fashion and material installations.

Montes, graduated in 2012 from ArtEZ institute of the arts Arnhem, and his SS20 collection will show the “past, present and future of the label” inspired by the collection, La Moreneta, which depicts Madonna with child on her lap, and will feature some designs that have been in the making for over 5 years.

On winning the ‘Ones To Watch’ award, Montes said: “I am feeling blessed joining the Fashion Scout family and looking forward to what the future holds following the show in September.” 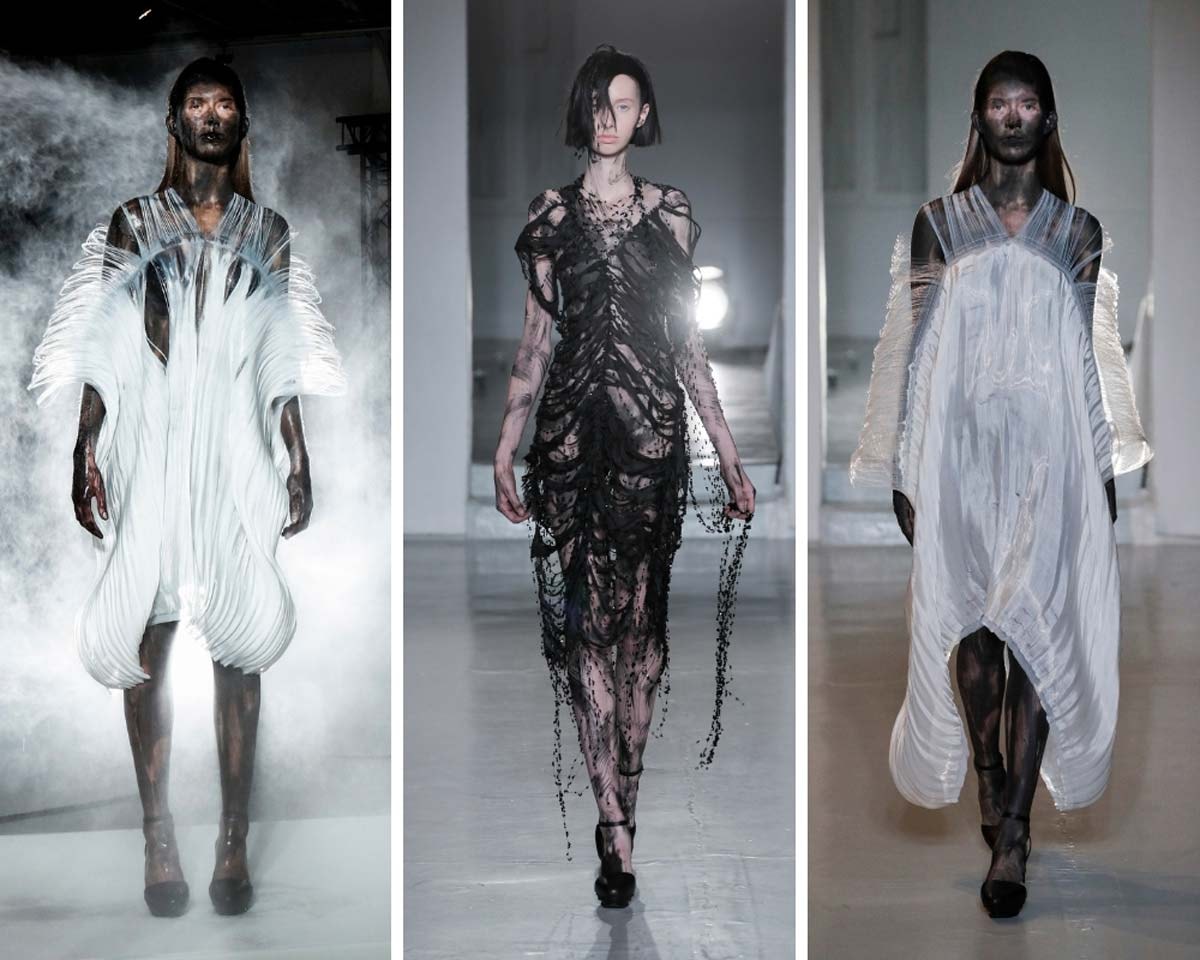 ‘Ones To Watch’ winners will showcase at Fashion Scout in its brand-new venue this September following its move from Freemasons Hall, it’s home for the past 8 years to Victoria House. Fashion Scout’s relaunch will see it take over 22,000 square foot of the contemporary basement venue.