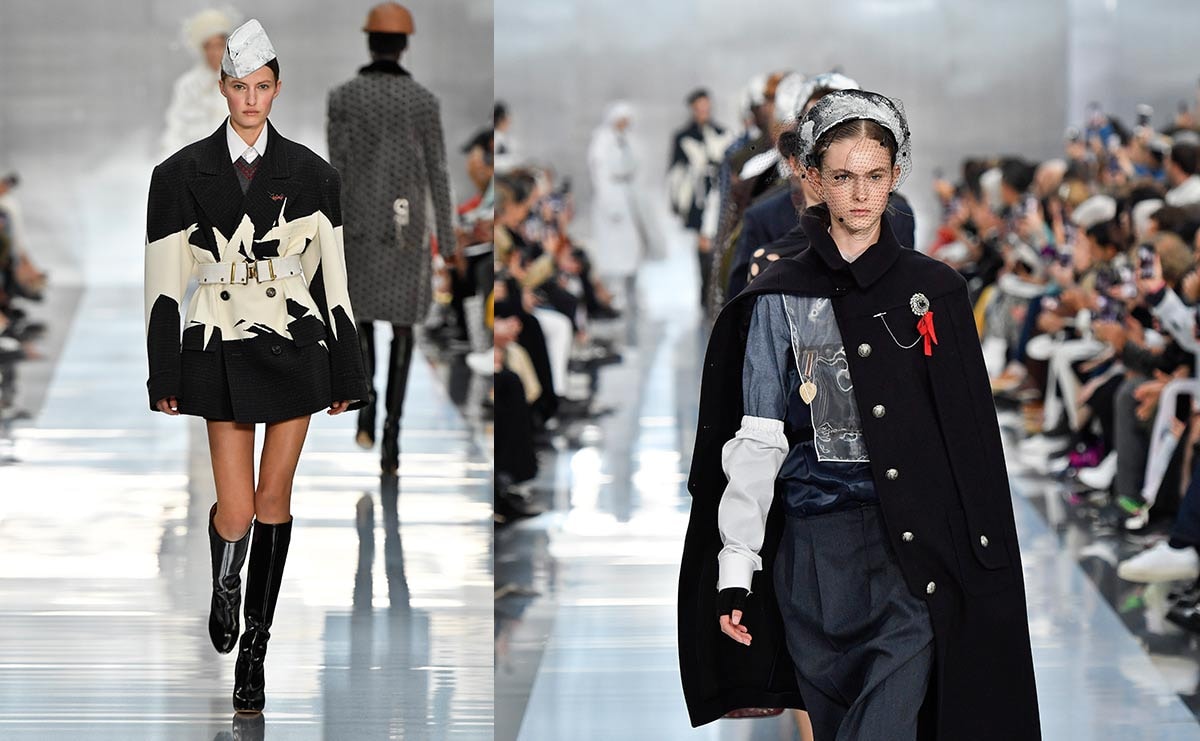 Fashion week gets political: Galliano takes a stand against fascism

British designer John Galliano railed against Brexit and populism threatening "the moral fibre of society" after a pointed Paris fashion show at which he paid tribute to World War II heroes for saving democracy.

The legendary creator -- who is usually careful to avoid politics -- warned that "we are witnessing the very breakdown of the moral fibre of society, the trivialisation of democracy and the European Union.

But "isn't this what they fought for -- for peace?" he asked, referring to the nurses, female spies and Resistance fighters he celebrated in his Maison Margiela show.

Galliano said he decided to speak out because he was shocked to discover "how little some people know" about the fight against fascism.

He said his show was "about remembrance and about liberation. If you have a voice it is because these people fought so you can vote. So use it. Make yourself heard. Wake up!" he declared.

The show set social media alight Thursday, but not for its political message.

Model Leon Dame played the show's cartoon Nazi, with videos of him pulling pouty faces as he zigzagged down the catwalk going viral.

The devilishly handsome German is becoming something of a phenomenon in a world in which male models rarely warrant a namecheck.

But Galliano set a more sombre mood on a podcast released after the show Wednesday.

To the strains of the hymn "Abide With Me" -- an anthem often used at remembrance events in the UK -- he said he had taken a string of heroic women from both World War I and II as his inspiration, "fabulous women who gave up everything and who are sources of hope" now.

He paid tribute to British nurse Edith Cavell, executed in 1915, with nurses veils and clothes echoing their uniform, as well as trench and parachute coats in nods to female spies dropped into Occupied Europe.

The designer has turned his life and career around since he was fired by Dior in 2012 after drunkenly insulting patrons of a Paris bar with a volley of anti-Semitic slurs.

Galliano, 58, took the reins at Margiela in 2014 after an extended and very public penance which included standing up in the Central Synagogue in London to apologise and declare, "I am an alcoholic. I am an addict."

He said the idea for the new show came together after he was "floored" by a BBC documentary about the wartime love story between US GI K.T. Robbins and French woman Jeannine Ganaye, who were reunited after 75 years in June.

The most Instagrammable show Thursday came undoubtably from America's emperor of the avant garde, Rick Owens.

He took over the giant 1920s garden of the Palais de Tokyo art gallery for a Cecile B. DeMille spectacle he summarised as "Bauhaus Aztec priestesses in an Art Deco Valhalla filled with bubbles animated by 'Fantasia'-era Disney". And he wasn't exaggerating.

Is Off-White too dependant on Abloh? SS20 show lacks color

Priests and priestesses in black sleeveless robes floated thousands of giant bubbles over the garden's enormous fountain while Owens sent his models out in Egyptian/Aztec headdresses and ensembles that were King Tut meets Montezuma. The common denominator being pyramids.

It is the second show that Owens has dedicated to his indigenous Mexican grandmother, and had even more beautiful and surprisingly wearable pieces than the last one.

Something was missed at Off-White, however -- the designer. Hyperactive streetwear guru Virgil Abloh has been signed off for a bit of home time by his doctors, and there was "O" shaped holes everywhere in his collection from the dress to the trousers to boots to the earring and bags.

It was a typically thoughtful Abloh touch. As was the name of the show, "Meteor Shower", a wry observation perhaps on the fate of stars who rise rather rapidly like himself.

The clothes were decidedly less street than usual. Abloh, who loves definitions, said "Off-White was defining the grey area between black and white", and indeed the show's dominant colour was the kind of American antiseptic pastel grey that you would never find chez Rick Owens.(AFP)