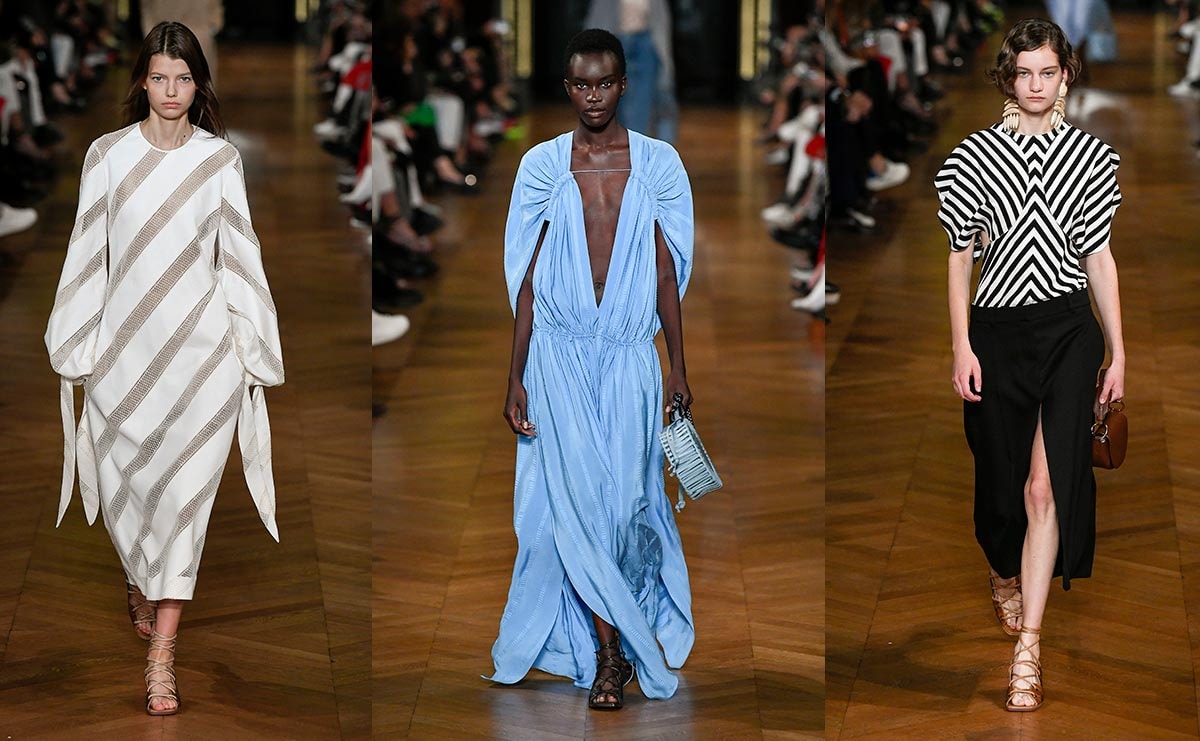 Following her first Paris parade, McCartney calls for 'fashion to save the planet'

British designer Stella McCartney pleaded for fashion to "wake up" and help save the planet Monday after her first Paris show as part of the industry's biggest luxury conglomerate.

"The world is crying out for change and it is our responsibility to act now," said the creator, whose label is a pioneer of ethical fashion. "We aren't perfect... and like all businesses, we are part of the problem," McCartney admitted.

"But we are pushing the boundaries every day to find solutions that do exist in an industry desperately in need of change." Her comments come days after LVHM's billionaire owner, Bernard Arnault -- the second richest man in the world -- attacked Greta Thunberg at the launch of his group's environmental drive.

He accused the Swedish teenager of "surrendering to total catastrophism" over climate change and depressing young people.

"She doesn't offer anything other than criticism," he told reporters in Paris after the event, where McCartney also spoke. The designer has become Arnault's personal advisor on sustainability since he bought into her brand in July, although she remains the majority shareholder.

Arnault's LVMH group, whose huge stable of luxury brands includes Dior, Louis Vuitton and Givenchy, is seen as lagging behind its French rival Kering. Last week Kering -- which owns Gucci, Yves Saint Laurent and Alexander McQueen -- said it had gone carbon neutral and would half the greenhouse gas emissions in its supply chain within five years.

LVMH refused to join with Kering in signing "The Fashion Pact" on the fighting climate change at the G7 summit last month. Kering owned half of McCartney's label until she bought them out last year. McCartney said it was time brands got serious about the climate emergency, saying, "It's time to wake up."

Sustainability "is the future of fashion, not just a trend", she said. "The younger generation are standing up and telling us that our house is on fire and that we need to respond like we are in a crisis, because in fact it is a crisis," she said.

The vegetarian said that she had never used fur, leather, skins, feathers or animal glues since she founded her label in 2001, to the sound of Donna's Summer's "Love to Love You Baby", McCartney projected images of coupling pangolins, Artic foxes and other endangered species onto the Belle Epoque ceilings of the Opera Garnier in Paris. Clips of zebras, ostriches and elephants also getting up to some monkey business helped get fashionistas in the mood.

Is sustainable fashion enough to save the planet?

McCartney said her classy spring summer collection was "the most sustainable ever" and included raffia bags made by female artisans in Madagascar, with the material coming from communities fighting deforestation.

It also included a luxurious-feeling new fake fur called Koba, made from plant-based plastics and recycled polyester, and shoes with sustainable wooden heels and sneakers made from "second life plastic".

The designer -- daughter of Beatle Paul McCartney and animal rights activist Linda McCartney -- listed her long record of finding environmentally friendly alternative materials in a lengthy press release to go with the show. With Kaia Gerber -- the daughter of 1990s supermodel Cindy Crawford -- wearing one of a series of ingenious flower print dresses, the catwalk was dominated by elegant lace and Mughal crenellation fringed creations.

Critics also lapped up her mix of chill English formal wear and sexy streetness, with transparent lace blouses under business jackets and a run of stripey, chevron looks.(AFP)