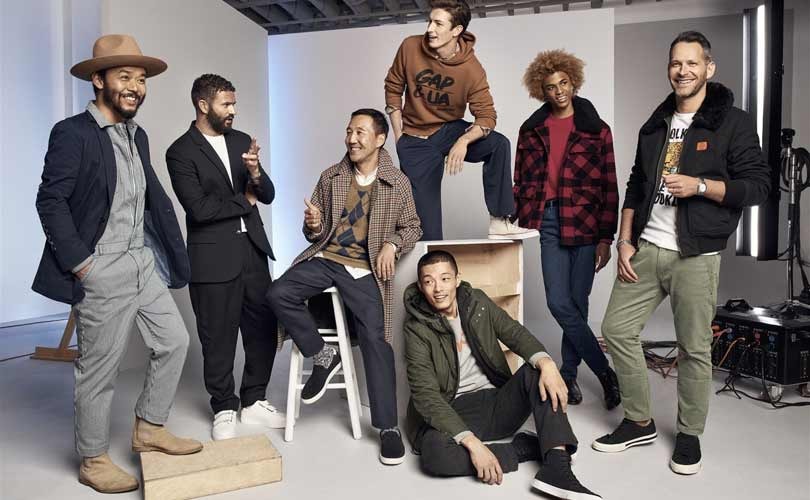 New York - Gap has released the new exclusive menswear collection of GQ's Best New Menswear Designers featuring the "Coolest Designers on the Planet." The program, which recognizes young menswear designers, has expanded to feature international talent from Paris, Tokyo and Brooklyn. Gap is hoping this will help the collection reach a further global audience.

The three designers involved in the collection this season include Alexandre Mattiussi of Paris-based AMI, Motofumi "Poggy" Kogi of Tokyo-based United Arrows and Sons, and Jey Perie of Brooklyn-based Kinfolk.

"Gap is thrilled to be representing men's fashion on a global scale with our GQ partnership this year," said Wendi Goldman, Gap executive vice president and chief product officer. "By tapping into the 'Coolest Designers on the Planet' from Paris, Tokyo and Brooklyn, we're able to bring our customers a fresh perspective on style from these emerging talents who are playing an important role in the future of menswear."

Gap and GQ rollout collection with AMI, United Arrows and Sons, and Kinfolk.

We knew expanding this collaboration and taking it international would add vibrancy to the program, and this year's amazing designers certainly brought it," said GQ editor -in-chief Jim Nelson. "Now comes the best part: We can't wait to see the clothes hit Gap stores, because this year feels very special."

The collection consists of a variety of pieces including outerwear, knits, sweaters, denim, tee shirts, button down shirts and accessories. Price points for the collection range from 29 dollars to 299 dollars. It will be available beginning today at select Gap stores in more than seven countries including the United States, Canada, China, Hong Kong, Japan, and throughout Europe. It is also available on Gap.com.