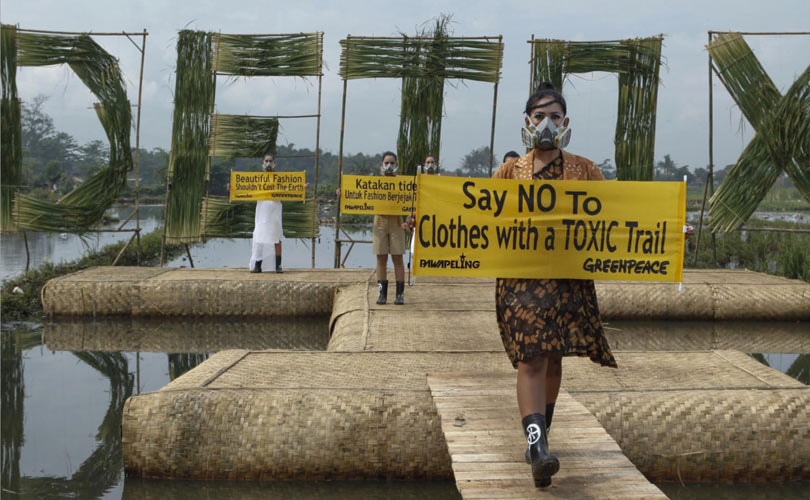 Greenpeace is detoxifying the clothing industry

In 2011 Greenpeace launched a campaign to reduce hazardous chemicals from clothing manufacturing into the world's waterways. The aim was to achieve zero discharge by the year 2020.

80 international brands and suppliers took up the challenge, amongst them luxury brands, high street fashion conglomerates, sportswear and outdoor outfitters and a plethora of retailers.

As the year 2020 draws near, Greenpeace released a report communicating the progress and challenges to date.

The initiative began after Greenpeace's year-long investigation, exposing hidden links between textile manufacturing facilities in China that discharge hazardous chemicals into the water, and international brands such as the sportswear giants Nike and Adidas. Greenpeace releases report ‘Dirty Laundry’ and launches detox campaign in July 2011. 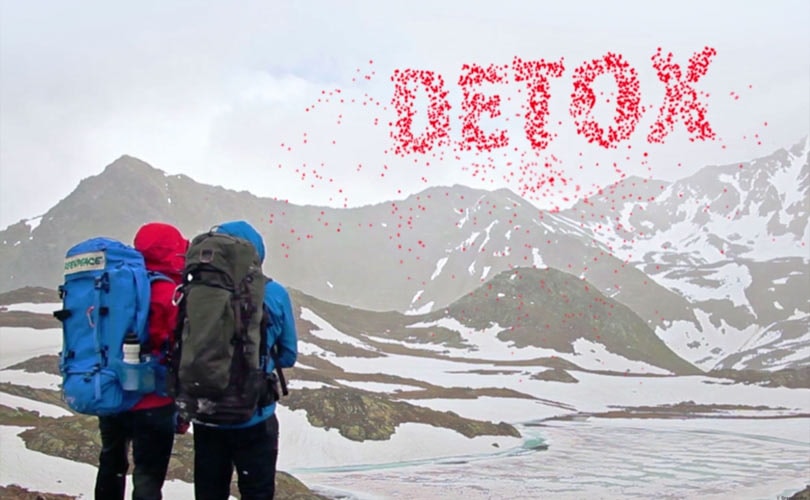 Nike and Adidas agree to be the first clean water champions by teaming up with their suppliers and eliminating all toxic, persistent and hormone-disrupting chemicals from their products and production processes. The first step for companies that signed the Detox commitment was to set up a blacklist of hazardous chemicals (aka MRSL (Manufacturing Restricted Substances List) banned across all stages of manufacturing, with ambitious elimination timelines and target levels to be reached in wastewater. The ZDHC (Zero Discharges of Hazardous Chemicals) foundation, created as a collective response for the brands, has become a meaningful programme over the years, with the potential to scale up the Detox roadmap to the rest of the clothing and textiles industry and to keep up the momentum for change.

Greenpeace’s call for corporate responsibility and demand for transparency on the discharge of hazardous chemicals by factories was originally met by many in the industry with scepticism. However, many thousands of people supported the campaign by urging sports brands to act. As a result, Puma became the first brand to sign up to a “Detox commitment." It was soon followed by Nike and adidas. Not long after, H&M became the first of many fashion brands to commit to Detox.

The Detox campaign has set the standard for addressing hazardous chemicals in the textiles supply chain, setting targets and transparency on tracing inputs and releases of hazardous chemicals. It has triggered policy changes and a raft of new initiatives and tools that could facilitate the Detox approach across the industry. However, the progress could be undermined if significant players fail to recognise that the overconsumption of textiles is the larger problem that must be tackled.

The growth of fast fashion spurred an increase in use of polyester, which now makes up 60 percent of clothing worldwide but is projected to nearly double by 2030. Polyester is the achilles heel of fashion, polluting rivers and seas even while its being used, with just one piece of clothing releasing up to 1 million microplastic fibres in a single wash.

Will we get to zero discharge by 2020

Greenpeace states the implementation of the roadmap towards zero is verifiable. The support for the Detox campaign - from fashionistas to outdoor enthusiasts - has also demonstrated that citizens around the globe care about how their products are made and are actively demanding change from the industry.

Greenpeace states it will continue to support them on this quest, together with other organisations that are calling for a fairer clothing industry which addresses working conditions and social and environmental injustices.

Many changes are still needed to make this happen as well as to tackle the big and increasing problem of overconsumption, which is multiplying the negative impacts of clothing, including hazardous chemicals, the contribution of microplastic fibres to ocean pollution, waste and greenhouse gas emissions.