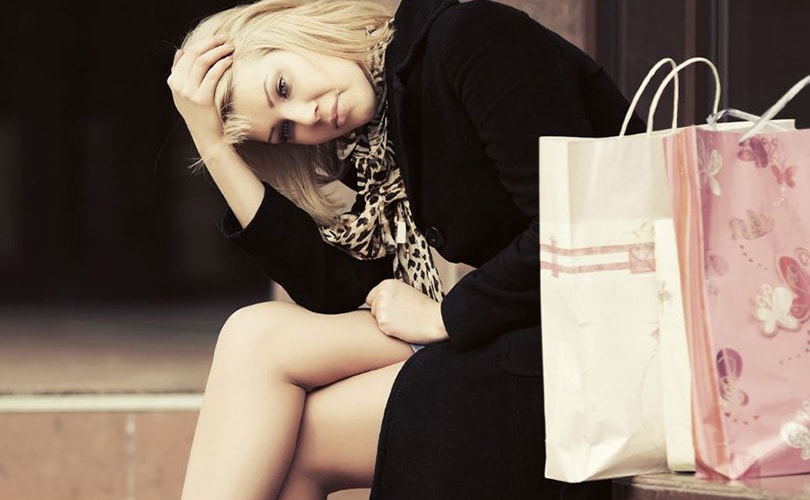 Greenpeace study: Shopping does not make you happy

Environmental group Greenpeace has confirmed what many consumers can vouch for: compulsive shopping, even for clothes, does not make you happy. On the contrary, as respondents in China, Hong Kong, Taiwan, Italy and Germany acknowledged, binge shopping is followed by an emotional hangover, accompanied by feelings of emptiness, guilt and shame; in other words: clothes shopping makes people unhappy.

The study also found that people do not shop because they need anything, but mostly for social and emotional reasons such as relieving stress, boosting their self confidence, gaining status and recognition, the excitement of shopping or spending time with friends. Even here, the alleged happiness is short-lived. 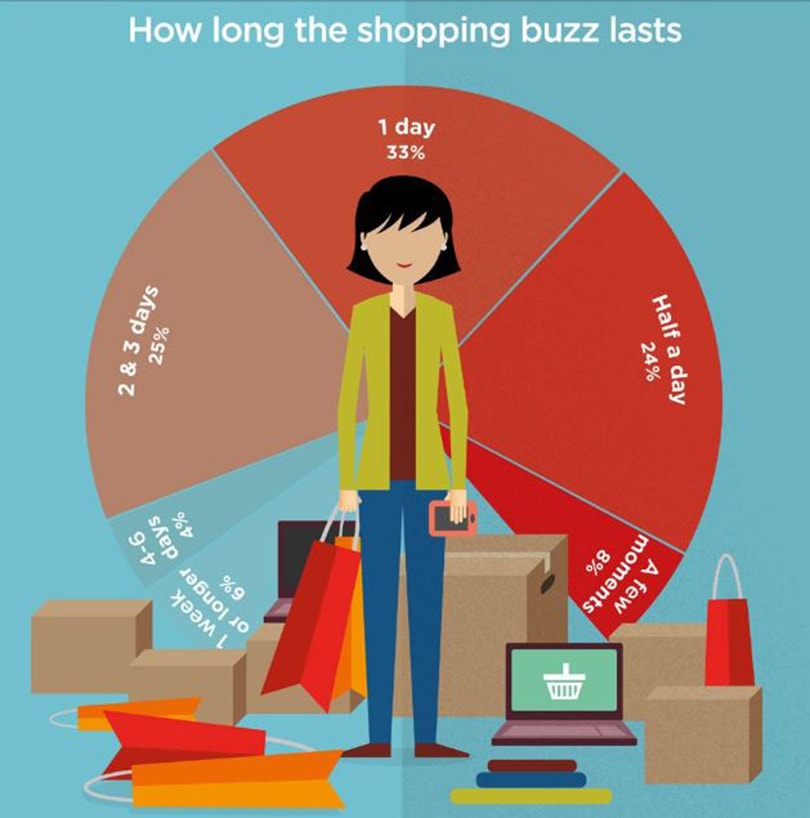 “Our surveys show that binge shopping is followed by an emotional hangover - made of emptiness, guilt and shame. People start to realise they are trapped in an unsatisfying cycle of cheap, disposable fashion trends and that their overconsumption does not lead to lasting happiness,” said Kirsten Brodde, project lead of the Detox my Fashion campaign.

“This should serve as a warning to companies and advertisers that promote the current fast fashion model. Fast fashion clothing brands should radically change their business model by shifting focus away from high volume production towards quality and durability,” advises Brodde. 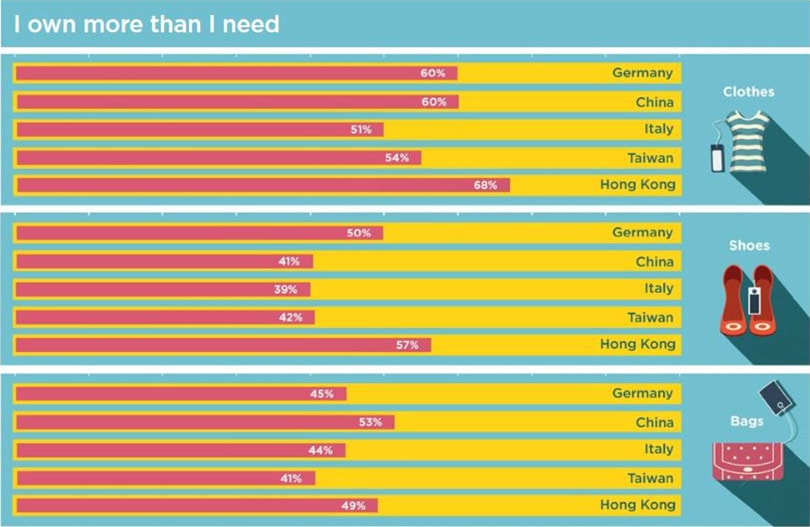 Excessive clothes shopping is another problem: Almost half of those surveyed in China (46 percent) revealed they bought more than they could afford, with 42 percent in Hong Kong, 29 percent in Taiwan and 24 percent in Germany and Italy. More than a third (37 percent in Hong Kong) of those people feel empty, bored or lost when they are not shopping , with slightly less in China (31 percent), Taiwan 24 percent) and Germany 14 percent). (Almost) Half of consumers in Hong Kong and Taiwan (50 percent), China (46 percent) and Italy (43 percent) admitted that they are sometimes hiding or concealing their purchases from others out of fear of negative reactions.

In terms of shopping allurement, almost two thirds of those surveyed in China (72 percent) blamed browsing on social media (63 percent in Hong Kong, 55 percent in Taiwan, 36 percent in Italy and 23 percent in Germany), while peer pressure, celebrity endorsements, sales promotions such as “Buy 1, get 1” or limited editions were mentioned as other major shopping triggers.

The solution according to Greenpeace? To invest in high quality, highly durable clothes that become “companions for life” with good customer service for care advice, repair and share options. “Well produced clothing that we are attached to and that we appreciate makes us happy,” summed up Brodde.

Between December 2016 and March 2017, the study surveyed at least 1000 consumers per country between 20 and 45 years of age in China, Hong Kong, Taiwan, Italy and Germany. The complete study, titled “After the Binge, the Hangover. Insights into the Minds of Clothing Consumers“ can be downloaded via the Greenpeace website.