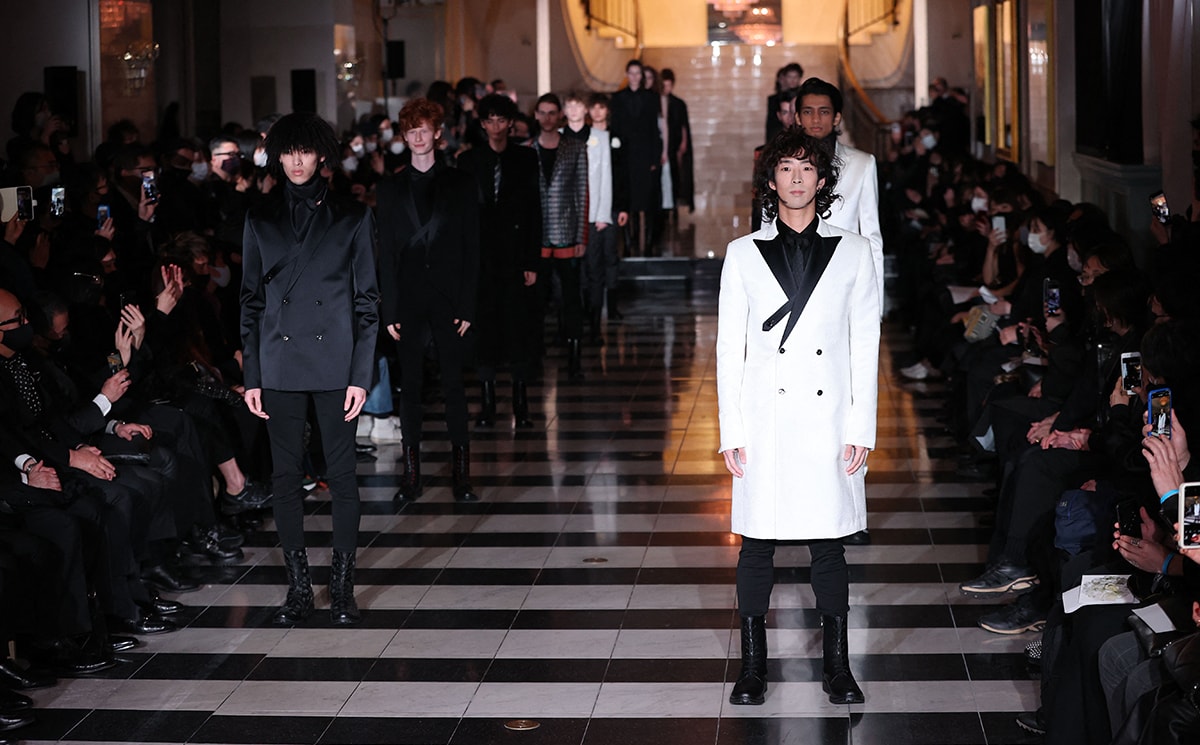 Rakuten Fashion Week Tokyo fall and winter 2021 took place from March 15 to 20, from Shibuya Hikarie to the Omotesando Hills. A total of 51 brands participated in various physical and virtual events. Although Japan’s coronavirus infection rate has not diminished, Tokyoites still donned their finest streetwear and celebrated the capital’s fashion week with a mixture of cyberpunk, bold statement colors along with experimental minimalist looks. FashionUnited rounded up notable FW21 collections from Rakuten Fashion Week Tokyo and Shibuya Fashion Week.

Produced and directed by Takayuki Moriya and Gen Yoshida, the short video titled “Dreamy-Metaverse” showcases the latest pieces from some of the 51 brands that participated in Rakuten Fashion Week Tokyo FW21 such as JennyFax, Shoop, Children of the discordance, Kozaburo, Keisuke Yoshida.

In an official statement released on its YouTube channel in Japanese (translated into English), a disillusioned generation seeking to escape in a virtual world set the tone for Rakuten Fashion Week Tokyo FW21: “The times are changing. The media is also changing. Culture, fashion, music, even what you believed in in your daily life will change as a matter of course. 2021 is the introductory year. The Millennial generation who grew up with the Internet and Generation Z who was born in an era when the Internet is commonplace-an era in which we cannot sympathize with each other. Fashion, which is also a mirror of the times, is beginning to capture such an atmosphere. With Covid-19, which no one could have imagined in 2020, we left reality, into a virtual world, and everyone escaped from the city.” 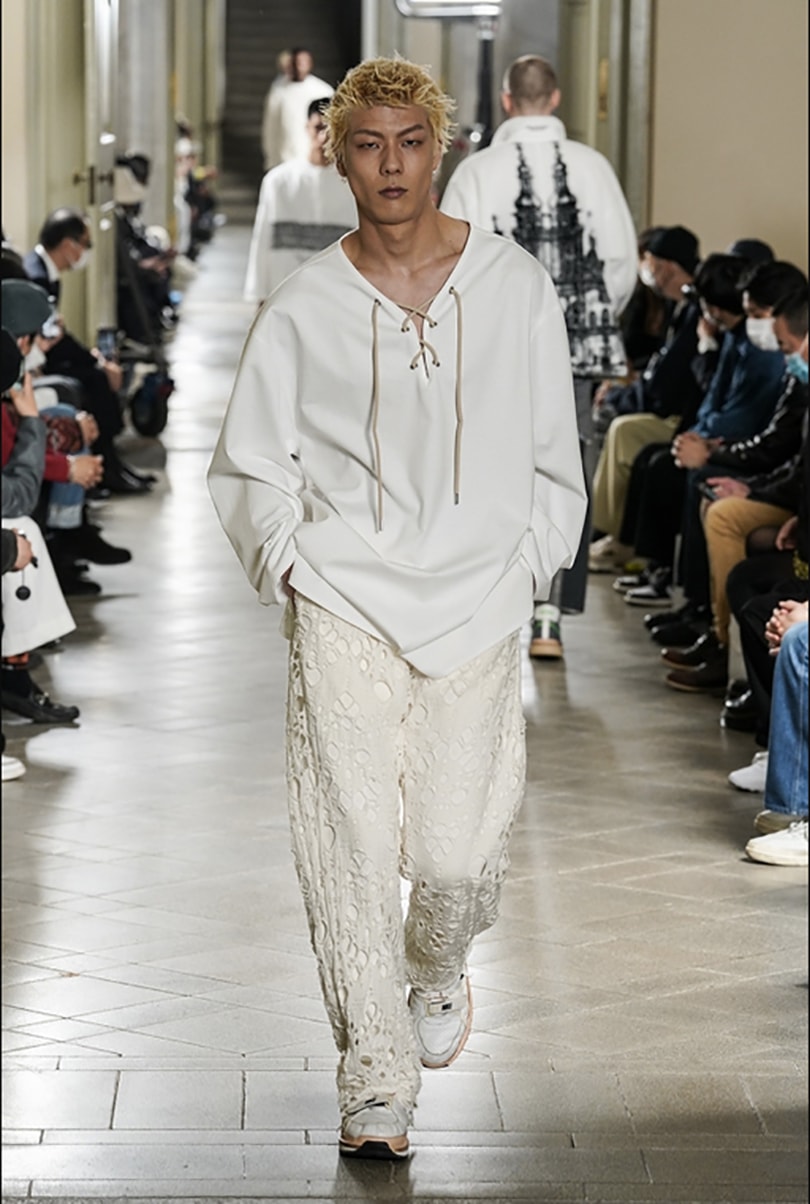 Established in 2011 by designer Hideaki Shikama, Children of the discordance uses fair trade fabrics sourced from Zapatista, Mexico and African Masai tribesmen. A socially conscious label, they have also launched products produced by one of the only remaining domestic textile factories in Palestine for women and children in refugee camps. Shikama draws from his knowledge of third world tribesmen and an unwavering passion for youth culture. Children of the discordance can be found in retailers from Tokyo (International Gallery Beams, Nubian, Idea by Sosu) to London (Browns Boutiques) and Los Angeles (Maxfield).

Shibuya Fashion Week is a fashion and art event held annually in conjunction with the city's major fashion landmarks (Hikarie, 104) around Shibuya Station. From March 15 to 31, various socially distanced events took place, such as the fashion show Shibuya Runway and Fashionart-a tour of artwork exhibited around the city.

Kansai Yamamoto, the pioneering Japanese designer, who was known for creating bold avant-garde pieces that defied gender norms and featured brilliant colours and patterns. He leapt to prominence with international shows from the 1970s onwards and won popular acclaim for his collaboration with David Bowie, producing a series of outfits for the singer's 1973 Aladdin Sane tour and Ziggy Stardust’s iconic Tokyo Pop jumpsuit. "I found David's aesthetic and interest in transcending gender boundaries shockingly beautiful," he told website The Cut in 2018.

To pay homage to the late Yamamoto who passed away from leukemia in 2020, Shibuya Runway livestreamed the show titled The Designer which was the highlight of Shibuya Fashion Week FW21. Japan’s very own “David Bowie”, rockstar and actor Miyavi Ishihara, closed the runway show held at the Shibuya Scramble crossing. In addition to archive Kansai Yamamoto pieces, the creative team led by Quenta Takaya also unveiled the new collection Shibuya.