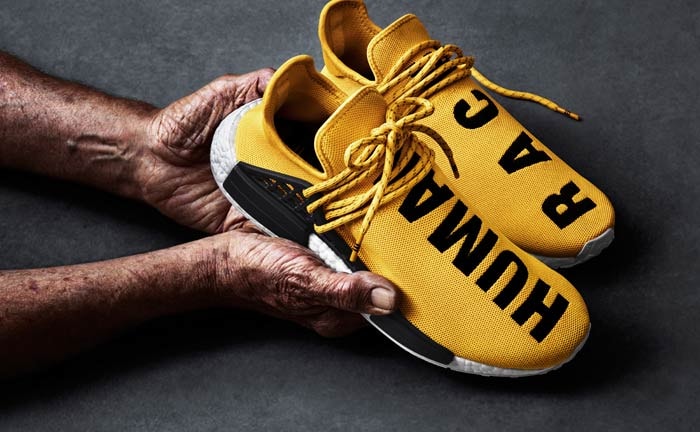 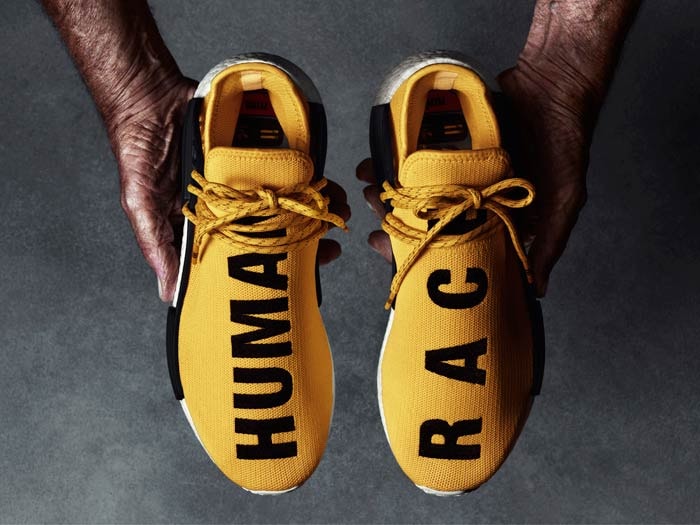 Launching globally on July 22, the limited edition Adidas Originals Pharrell Williams Hu NMD trainers, which the singer and designer has been spotted wearing over the past few months, are yellow and black with “Human” and “Race” written on the top part of each foot.

The unisex trainer features not only a breathable and flexible Primeknit upper, but also a newly designed lace system, which goes through the cage of the stabiliser to create a moccasin type of feel, giving support as well as “freedom right where it is needed”, according to the press statement. 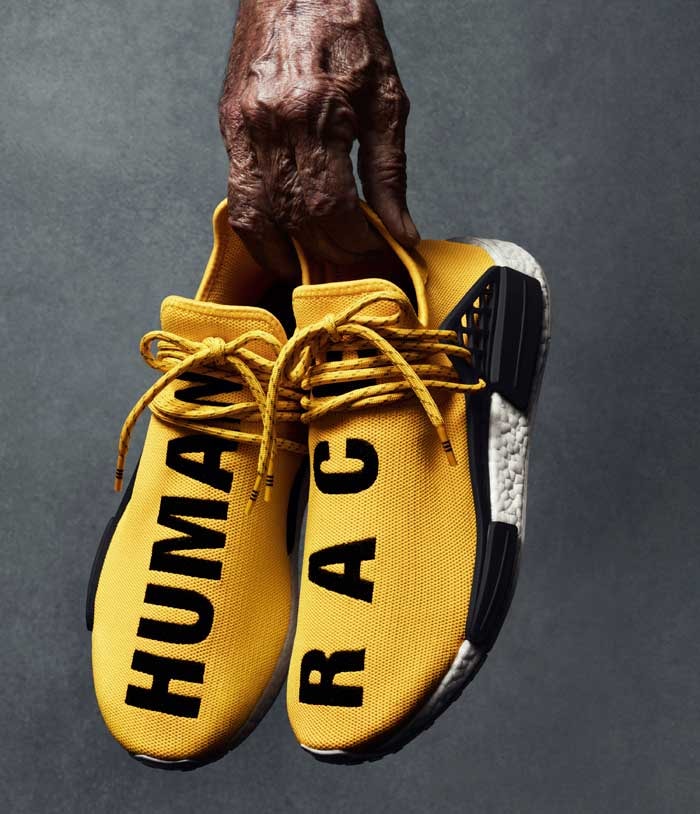 Hu, which stands for Human Being, Human Race, Human Kind, Human Species, is the beginning of a new creative concept for Williams and Adidas, and aims to represent the idea of boundless strokes of humanity.

The yellow and black version will only be available in limited quantities and comes with two sets of laces and an insole featuring a graphic designed by Williams. 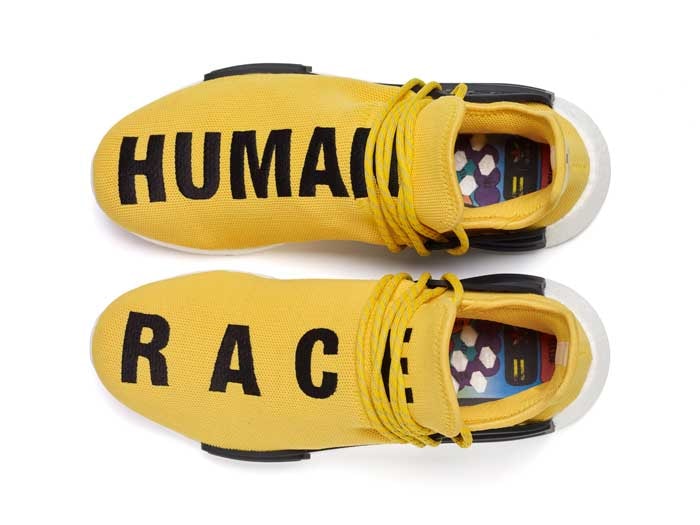 The Adidas Originals Pharrell Williams Hu NMD will be released on July 22 at select retailers and at Billionaire Boys Club Flagship Stores globally, followed by Adidas Originals flagship stores from August 25, and will retail for 170 pounds. 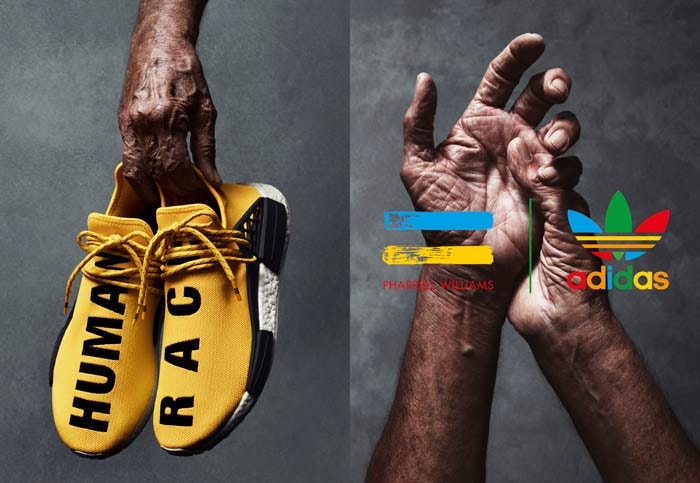