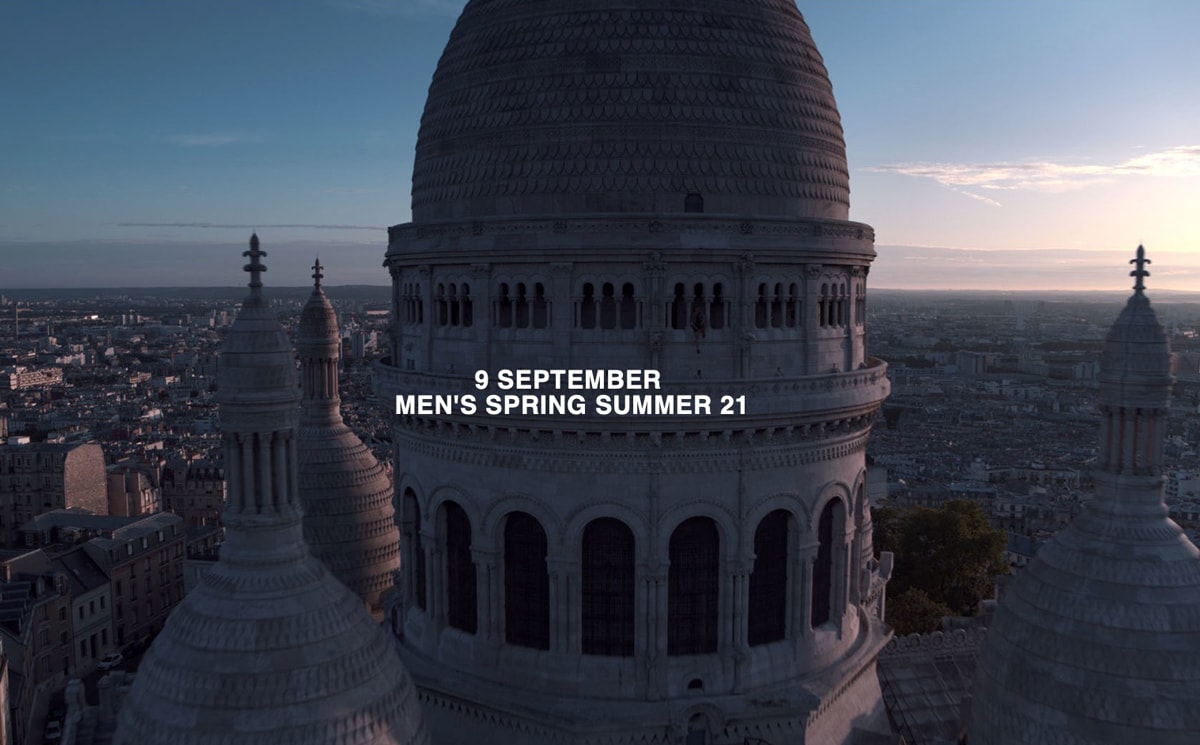 Is Saint Laurent to unveil its latest menswear collection atop Paris' Sacré Coeur?

At the end of April French fashion house Saint Laurent said it would cancel its Paris Fashion Week ready-to-wear show in September, setting a precedent for other luxury brands to diverge from the rigid global fashion calendar. Instead, the company said it would create its own schedule and set its own pace.

September 9th looks to be the brand’s first foray into showing off-piste, as a new menswear collection is set to be unveiled at 12pm on its digital channels. On its website a place holder titled Men Spring Summer 21 reveals a video of a man running up a hill at the imposing Paris monument Sacré Coeur, in the city’s Montmartre district.

On its official Instagram account Saint Laurent released three video shorts titled No Matter How Long the Night is, confirming the date and time on September 9th at 12pm. Perhaps it will be a film, with director Nathalie Canguilhem cited in the credits. Canguilhem has a history of working with Anthony Vaccarello and directed many of Saint Laurent’s show videos since 2018.

Saint Laurent is no stranger to showing collections in Parisian landmarks, having previously shown in the shadow of the Eiffel Tower.

Watch the teaser below.