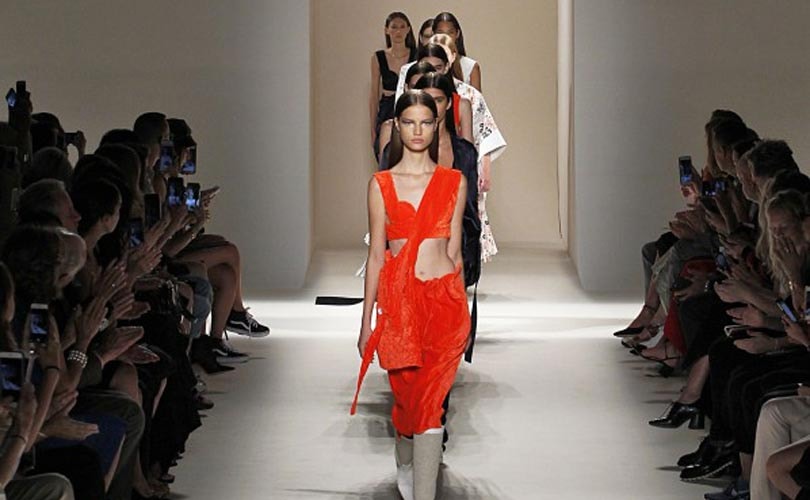 Is there still “value” in a catwalk show?

Over the past few years fashion has seen a number of changes to the traditional fashion week, with some designer’s switching it up by going direct-to-consumer, combining women’s and men’s collections in one show, producing a fashion film over the catwalk, and some have even moving to a different fashion capital. With all these changes and the rapid-evolving media landscape, the Council of Fashion Designers of America (CFDA) has teamed up with Launchmetrics to examine the relevance and value presented by fashion catwalks in the current landscape.

According to research by Fashionista from 2014, the average cost of a show is estimated to be around 200,000 dollars, whereas larger, more notable shows can cost upwards of more than 1 million dollars. With these events lasting only 10-15 minutes, it begs the question of whether the investment in a fashion show is worth it or not, and in today’s digital era, are they still a necessity or just “nice to have”?

For the ‘Front Row to Consumer’ report, Launchmetrics developed a unique proprietary audience-driven “Media Impact” algorithm that studied nearly 400 runway shows and presentations in New York, London, Paris and Milan, and measured their impact on all channels - online, social and print, and found that some brands received 800 percent more mentions in the online and social channels during fashion weeks than in the entire year, reinforcing the value of fashion week.

CFDA president and chief executive Stephen Kolb, said: “The fashion landscape continues to evolve. To help the industry navigate this change, the CFDA worked with Launchmetrics to identify and evaluate the impact the show audiences have. Although many designers are choosing new ways to show, fashion week remains one of the most effective ways for them to bring their collections to market.” 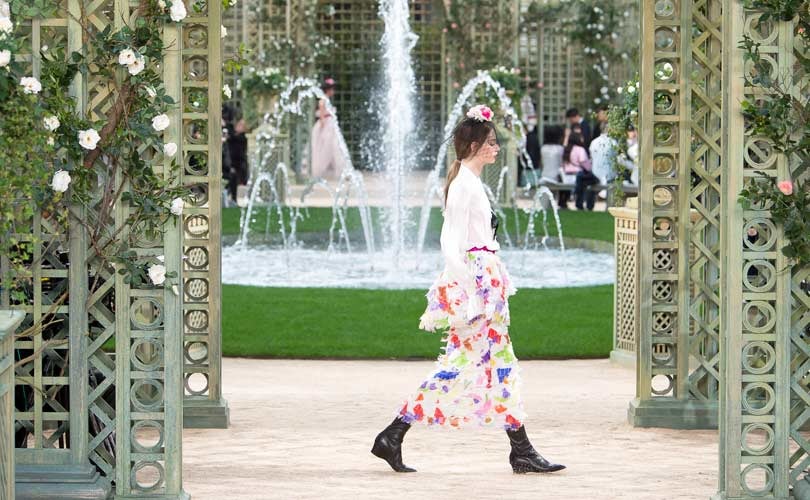 The report also notes the differences in the fashion weeks across four key media impact values (MIV) - consumer, media, influencer and owned, for instance consumers represent 42 percent of the media global impact in London, whereas in Paris it was 28.7 percent, while in Paris and Milan it was media leading the way with 32.4 percent and 28 percent respectively.

In New York, it was the new voice of influencers that generated the most global media impact with 36.1 percent, of which the report notes that 71 percent were celebrities who are able to engage with a mass global audience. Launchmetrics notes while New York brands rely on macro-influencers to obtain an immediate and global impact, in European capitals it is found that collaborations with micro-influencers are more prevalent, recognising their ability to reach a more segmented and niche audience.

The growth of influencers whether a celebrity, reality TV star, model, journalist or blogger is one of the biggest changes to the fashion week landscape and one designer brand who leverage their followers was Calvin Klein, who generating 2.7 million dollars in MIV, 12 percent of its total MIV, by having a blend of micro, medium, macro and celebrity at its show. Basketball player Russell Westbrook generating the most MIV for the designer, posting 3 posts valued at over 250,000 dollars MIV.

However, the report also adds that traditional media still plays a key role and is fact still the most powerful voice for many brands such as Tom Ford and Fenty x Puma, where traditional media sources contribute approximately 23 percent to 32 percent of the global media impact generated during the four international fashion weeks, said Launchmetrics.

The report shows that Tom Ford successfully generated nearly 7 million dollars in MIV from traditional media, which accounted for 41 percent of the total MIV. However, when Launchmetrics looked closer at the media content it saw that celebrity influencers such as Gigi Hadid, Kim Kardashian and Cameron Dallas, were all huge drivers for the designer’s coverage, with Kim Kardashian alone mentioned in 600 online articles about Tom Ford’s show.

Tom Ford generates an average of 800 percent more online media impact during Fashion Week than any other time of the year.

Leading the pack of the top 40 brands who received their MIV generated by the media were London Fashion Week designers Christoper Kane and Erdem, closely followed by Paris Fashion Week designer houses Chloé, Saint Laurent and Céline. The report reveals that Christopher Kane generated 1.3 million dollars in MIV from media, accounting for 71 percent of its total voice.

When it comes to owned media, which despite generating the least global media value during the four fashion weeks, the report adds that it is still a very important voice for brands such as Michael Kors and Marc Jacobs, whose efforts in building powerful digital strategies have added great value to their brands.

According to Launchmetrics data, 44 percent of the Michael Kors’ social MIV came directly from its owned media, accounting for over 5 million dollars MIV with over 200 social posts that ranged from pre-show interviews with style icons to post-event street-style coverage, all aimed at helping to enhance the consumer experience. MIV generated through owned media was 5.3 million dollars, representing 33.9 percent, more than consumer, media and influencer.

The top five brands that leveraged their own media were Victoria Beckham, Roberto Cavalli, Michael Kors, Moschino, and Giorgio Armani.

Launchmetrics chief executive Michael Jais, explains: “After analysing over 400 shows in New York, London, Paris and Milan, we see that today’s modern fashion show has helped brands transform their narrative from a product-focused story into one that leverages four key voices to drive their brand equity to reach audiences in new ways.”

The report goes onto add: “In today’s rapidly changing environment there is no one-size-fits-all solution to which voices brands should engage and how to engage them. The concept of brand equity is more critical than ever and ensuring your brand is activating the right voices at the right time is essential to your success.

“As illustrated in this report, the four voices highlighted represent each stage of the customer journey and should be targeted with a specific goal in mind.”

With that in mind Launchmetrics has identified four stages of influence and the value each brings in this acquisition process, starting with ‘awareness’, as brand awareness is critical in acquiring new audiences and helping potential customers discover your brand.

Stage two is ‘authority’ with the report noting that influencers are one of the best allies in establishing a brand’s legitimacy, as their voice remains a strong influence in the buying decision of potential customers. This is followed up with ‘Amplification’, where brands rely on word of mouth, with the goal here being to create a viral effect with the right audience to build a stronger voice for the brand. The final stage is ‘Advocacy’, where a brand can leverage their owned media channels to speak directly to their fan base.