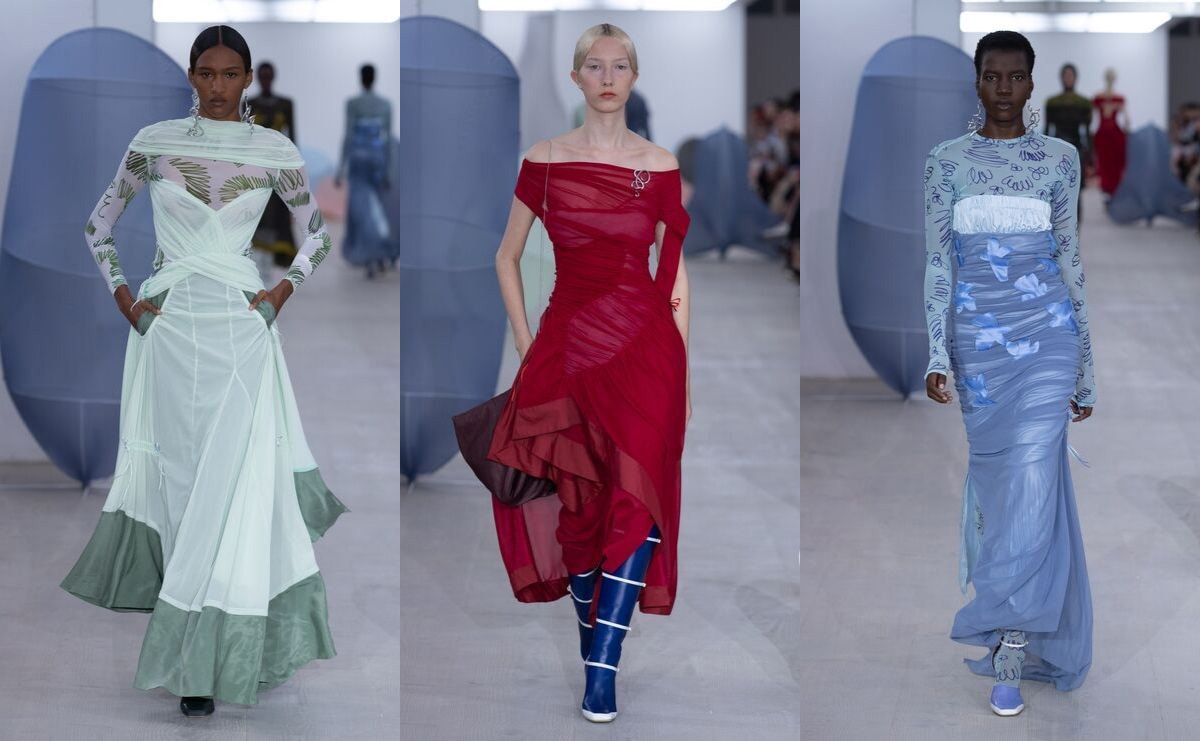 Irish designer Richard Malone has often spoke of the influence of his grandmother, Nellie, a seamstress herself who not only championed his work, she was often seen on the front row at his shows, but also inspired his collections, and for spring/summer 2020 following her death earlier this year he dedicated it to her. 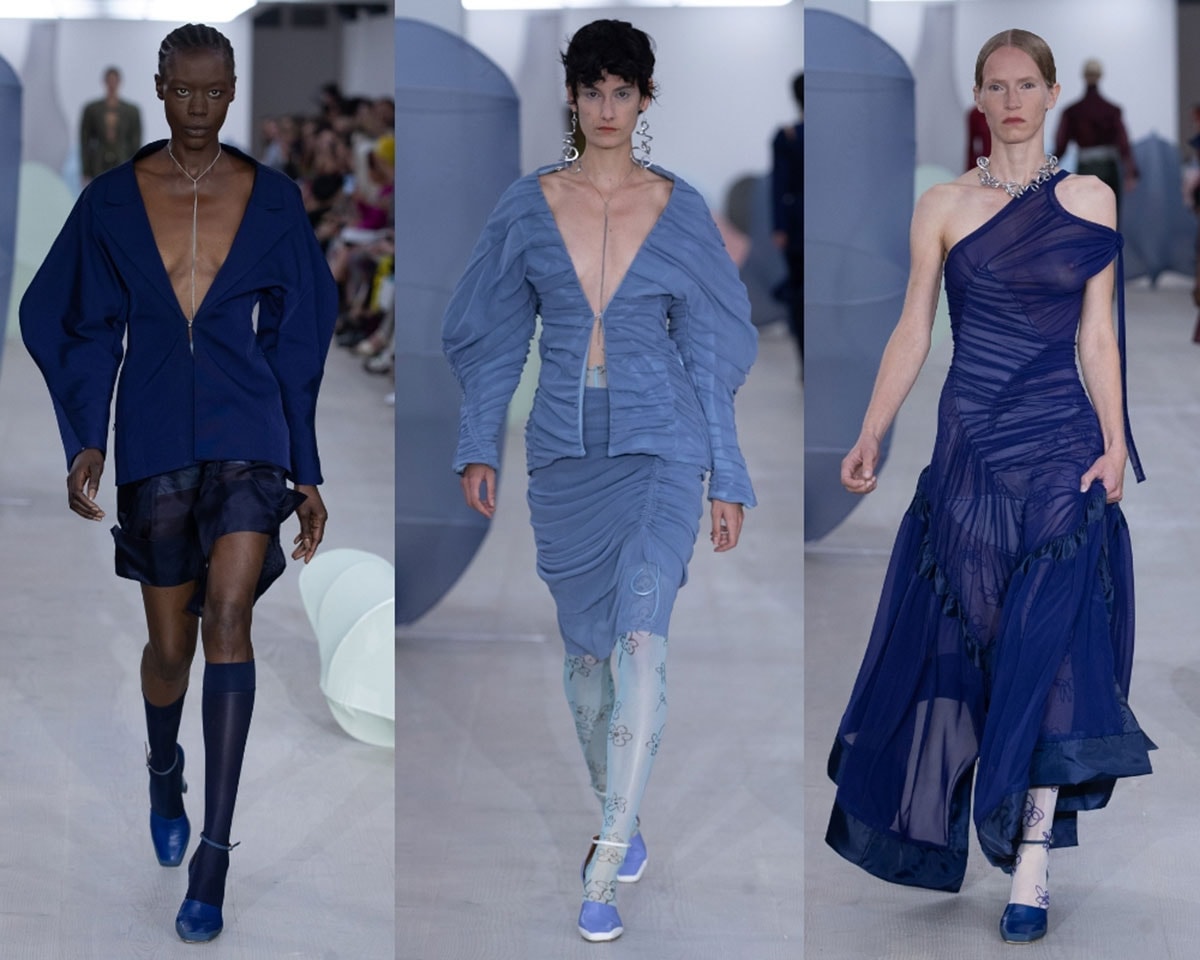 It was Nellie who would give Malone guidance and in his show notes he expressed that her passing had placed him in a “creative refuge” and for SS20 his collection explores the “grief, honesty and change,” that comes with losing someone close, the designer explained in the show notes.

Touches of his grandmother’s influence could be seen throughout from the intricate illustrated prints visible underneath many of the looks, on mesh tops and bodysuits featuring doodles taken from scraps of paper and old till receipts, which he drew with Nellie, to her love of corsetry showing up in the ruching. 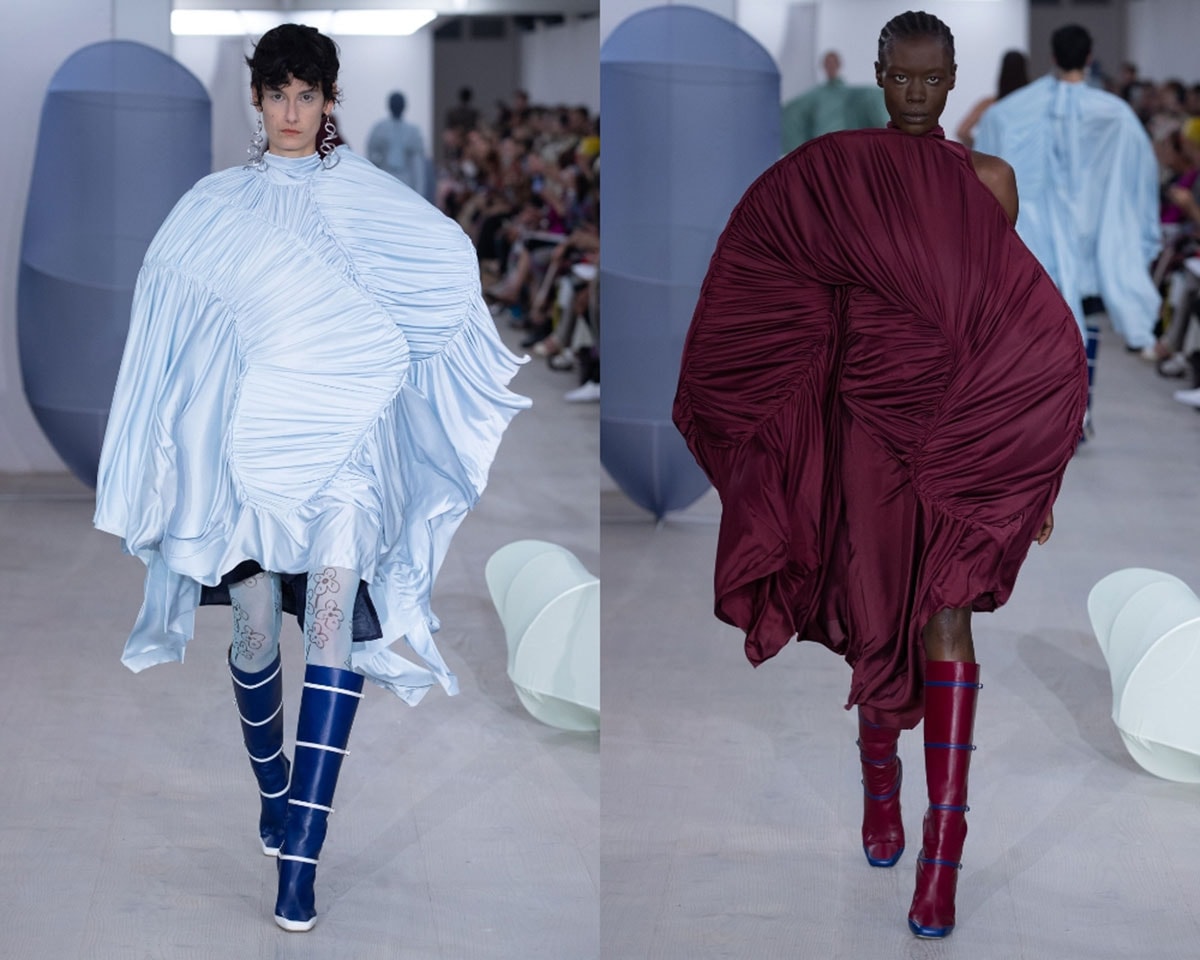 Richard Malone highlights sustainability, eveningwear and moving away from seasonality

Malone’s growing network of private clients, who want couture-level custom pieces, were highlighted in the eveningwear, which for the first time significantly anchored his collection. With full-length gowns with fastidious levels of detail demonstrating the designer’s love of fabric weight and garment construction, with panels reconstructed from previous seasons discarded cutting scraps, adding a touch of upcycling to black-tie glamour.

There was a new spirit of poignancy and poetry, with lots of sculpt and shape, with extraordinary hyper-constructed tailoring, fit-and-flare suiting, and abstracting shapes, enhanced with added sustainability into his collections, using recycled padding and fabric offcuts such as Taroni silks, and reconstructing and refurbishing of archive samples. Giving new life to his fashion designs by crafted something beautiful from the bleakness of his grief - the most stunning of dedications to someone so dear to him. 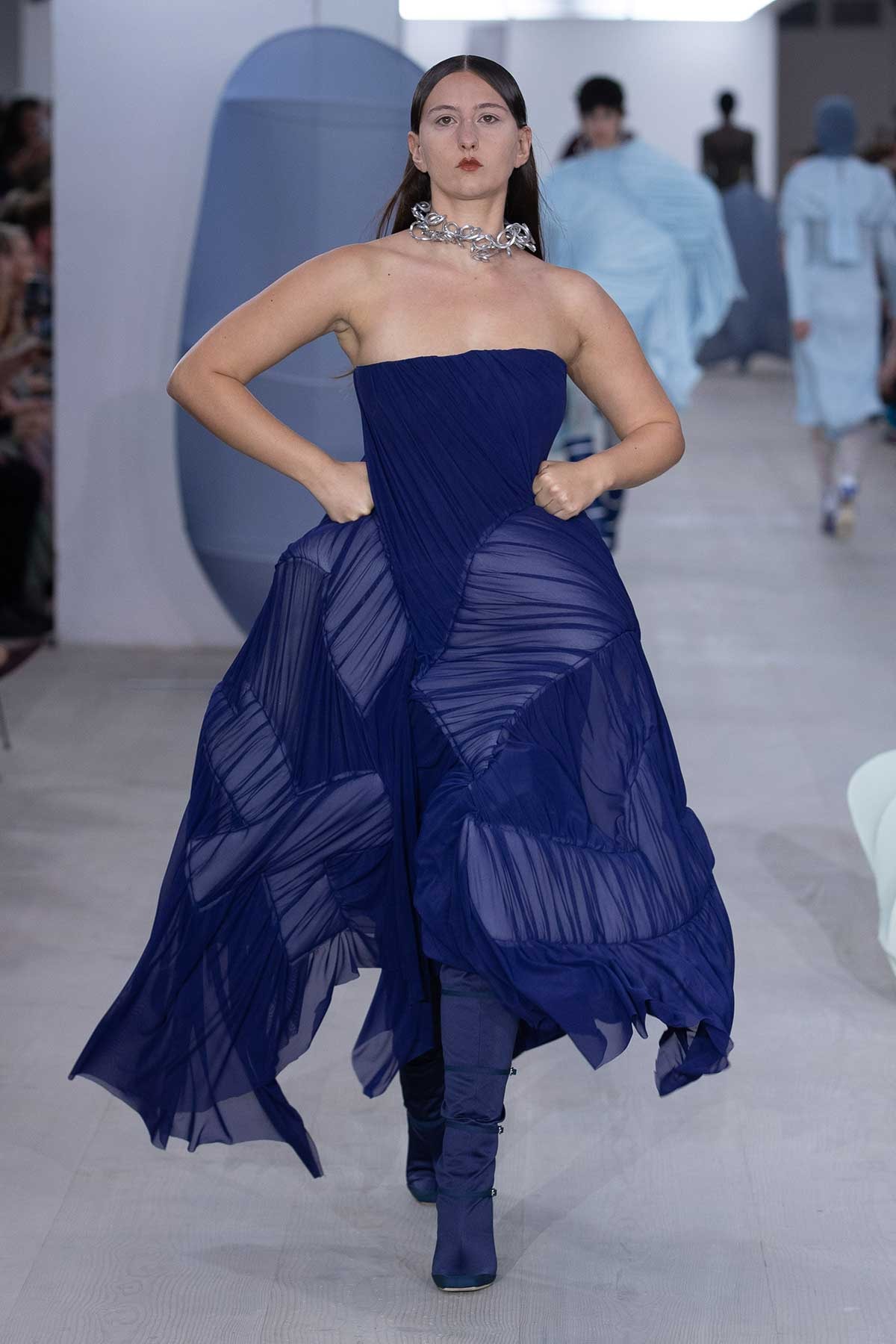 Key highlights included an off-the-shoulder asymmetric red ball gown, ruched, deconstructed organza skirt suiting in cornflower blue, sculptural jackets with strategically placed slashes, and refreshing mint green hues seen across flared dresses with pocket detailing and a doodle mesh layered underneath and magnificent sculptural masterpieces that may only have one problem, will they actually fit through most doors!

Malone is also dispensing from the idea of seasonality, as he breaks away from fashion tradition by declaring that he will no longer be working to a conventional schedule. Instead, moving forward, Malone will name his collection simply after the date on which they are presented - “rendering the archive as precious, and as available, as the new,” he added. 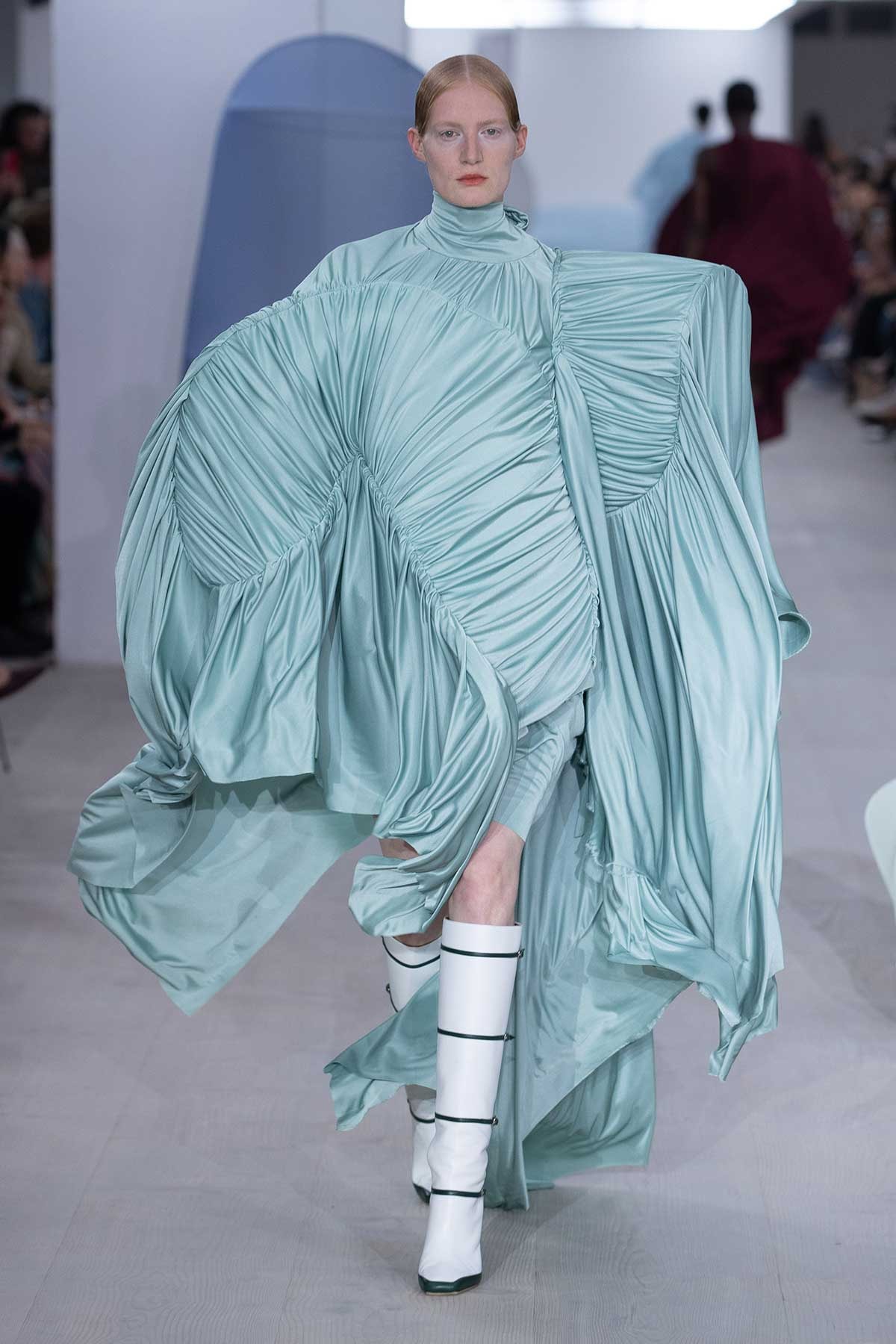 A bold, brave and clever business move, which allows the designer to focus on his one-of-a-kind clothes for his private clients, as well as further develop his sustainable production plans.