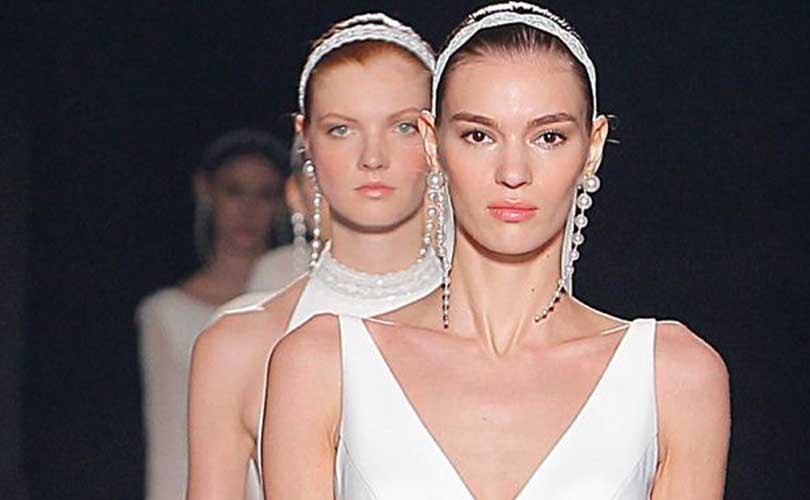 Love in the time of corona: the impact on the bridal industry

With gatherings greater than two persons banned nearly the world over, weddings and ceremonies have taken a back seat.

Weddings planned in the months of April, May and June are being cancelled or delayed, with the married-couple-to-be facing a horde of logistical issues, from re-scheduling a venue, to florists, caterers, insurance, and many other details to sort out. With less than 30 percent of couples taking out insurance, cancellations or delaying will come at a significant cost.

For the bridal industry, it means turmoil. Spain, one of the countries worst-hit by the pandemic, is the second-biggest exporter of wedding dresses globally after China. According to Reuters, many factories do not have the raw materials or workers to complete existing orders and new orders have stopped coming in.

The Valmont Barcelona Bridal Fashion Week is one of the biggest events in the wedding industry calendar, bringing hundreds of buyers and brands from around the world to buy and sell. The planned dates in April have been postponed to June, but even the new date could end up being pushed back as governments are extending isolation periods well into summer.

In the United States, the wedding industry is worth a staggering 78 billion dollars annually. China is the leading dress supplier and its factories have been hugely disrupted throughout January and February and only now are reopening production facilities.

In India, a 50 billion dollar wedding industry looks to be upended as 45-80 percent of planned ceremonies are getting postponed or cancelled, according to the Economic Times.

Around the globe, it is the smaller bridal boutiques and niche online retailers who will be hit hardest by production and shipping delays. The aftermath of replenishing wedding gowns and bridal stock from a disrupted supply chain will be felt for months to come, with summer the key season for weddings in the west.

Still, while social distancing is being enforced and large gatherings are banned, there isn’t much joy in not being able to kiss the bride or groom.