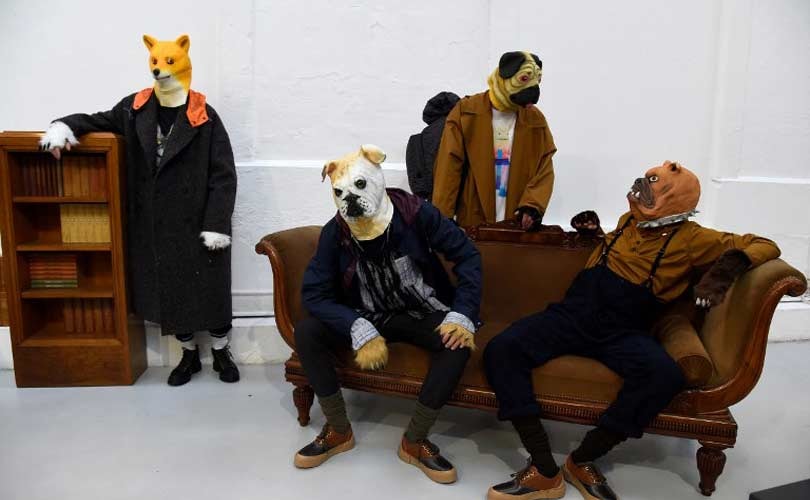 Paris men's fashion week began in earnest Wednesday with two collections showing what dogs and pigs men can be, as the industry reels from a new sexual harassment scandal. French designer Julien David sent out his models wearing dog's heads, from a macho, man-spreading Doberman to an intellectual whippet and a splayed poodle in dungarees.

"I wanted to study the human species with a bit of distance. It's a bit of a human laboratory," he told AFP of his show. Yet as David put the final touches to his study of male types -- including a very predatory-looking German Shepherd with his tongue hanging out -- little did he know that the fashion world would be hit by new allegations this weekend that two star photographers had harassed a string of models.

Later a show by Flemish master Walter van Beirendonck presented men as pigs. He led out his quirky collection with a litter of pig men in a seeming allusion to France's answer to the #MeToo campaign, #BalancetonPorc (Squeal on your pig).

With little piggy ears sticking out of their hoods, and strategically-placed holes over erogenous zones, the outfits took a dark and world-weary take on the male condition. "One-eyed monster... Dream daddy... pig," read one of his skin-coloured, skin-tight tops worn with leather breeches and braces.

But David said his canine imagery was more about concentrating on the clothes, and said his dogs' heads were about shifting the emphasis away from the models and onto his eclectic style. 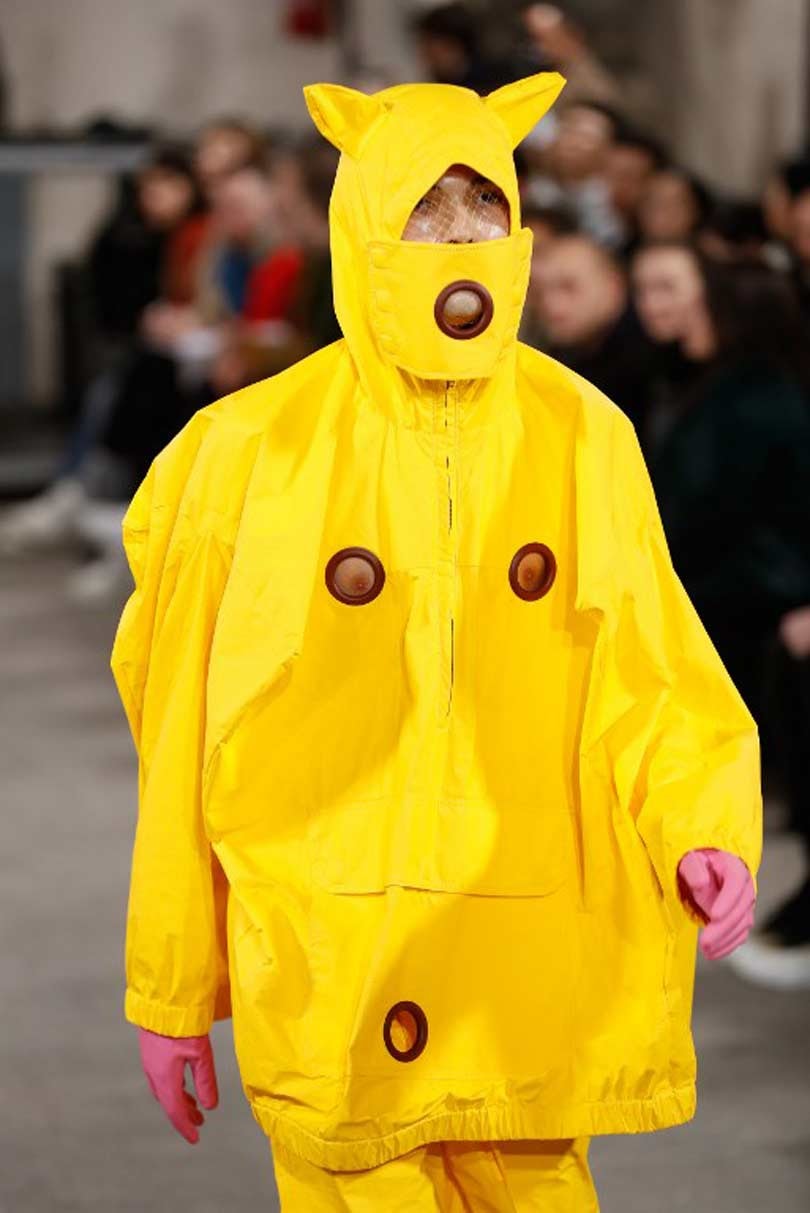 "When you look at the dog you don't pay attention to his character, and I wanted to have the same feeling here. If that guy on the top was a real person you would assume a lot of things about him," he said. Real-life men rarely wear overly styled outfits, David said, but "bits of everything -- things he has from the past, things he just got, sporty things" that are comfortable.

So we shall see how many will be wearing thigh-high Ugg boots next winter. Lots if Y/Project designer Glenn Martens has his way. Like Baywatch star Pamela Anderson until she realised the boots were made from sheep, the Belgian is a big fan of the Australian sheepskin boots. "They are so comfortable it is like putting your feet into warm butter," he told AFP.

"So I thought why not put the whole leg in there." "I'm very sorry for the animals, but we are very comfortable," said the hip creator, who used fake leather in the rest of his over-sized collection which turned on two-in-one jackets and coats.

"You have two coats and two jackets in one. It's like merging two bodies together, a bit like love-making," he said of their construction. Like Y/Project and a growing number of men's collections, Japanese label Facetasm went for a co-ed show with male and female models, some of whom even smiled.

It was dominated by a joyous oversized thrift shop look of crumpled denim, baseball jackets, Medusa hairdos and lots of layering. Virgil Abloh's Off-White label picked up on the "pulled shirt" look pioneered by Vetements in its markedly less casual show which went heavy on black, red and mothball-blue.

Italian brand Valentino ended the day in much more classic territory with long black and grey winter coats worn with trainers and lifted with rare splashes of red, green and mustard. (AFP)