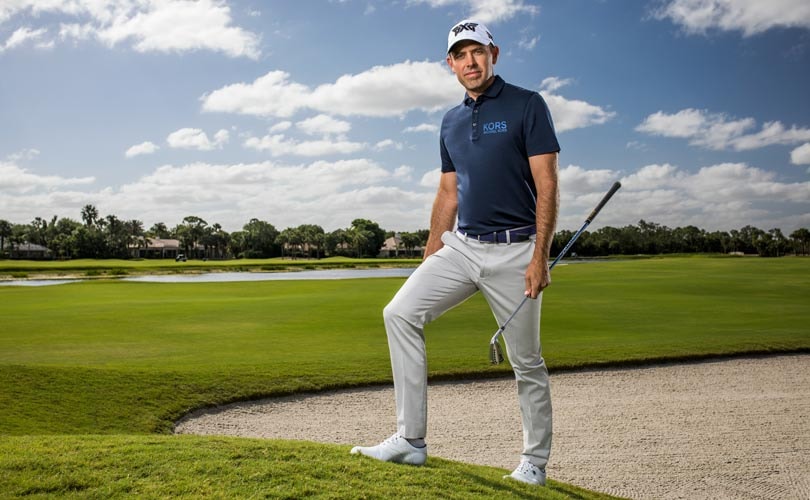 Luxury apparel and accessories brand Michael Kors has named South African professional golfer and Masters champion Charl Schwartzel as its first golf ambassador as it enters the world of golf as part of its plans to expand its sportswear offering.

As part of the sponsorship deal, Schwartzel will wear Michael Kors Mens apparel throughout his worldwide tour appearances, which include PGA, European and Sunshine tour events.

“Charl has reached the pinnacle of achievement in the game of golf and his exceptional career is the reason why he is the perfect ambassador for Michael Kors,” said John D. Idol, chairman and chief executive officer of Michael Kors Holdings Limited. “Not only is Charl one of the most accomplished players on the tour but he represents the timeless values as well as the traditions of the sport. We are proud that he will represent us both on and off the course.”

While Michael Kors isn’t known for its sportswear, the entry into the golf market is clever as it’s an expanding apparel market, even designer rival Polo Ralph Lauren has a piece of the market sponsoring golfer Justin Thomas, however, it’s the traditional sportswear brands Nike, Adidas, and Under Armour that dominate the market.

Michael Kors is hoping to change that with the sponsorship of Schwartzel, with the press release stating that the golfer will be collaborating with the designer brand on the development of its sportswear line by “providing input on performance features to be incorporated into the line”.

Commenting on the news, Schwartzel added: “I am honoured to be working with Michael Kors and representing one of the world’s leading luxury brands. Michael Kors Mens sportswear provides the perfect combination of fit, form and function while I’m competing.”