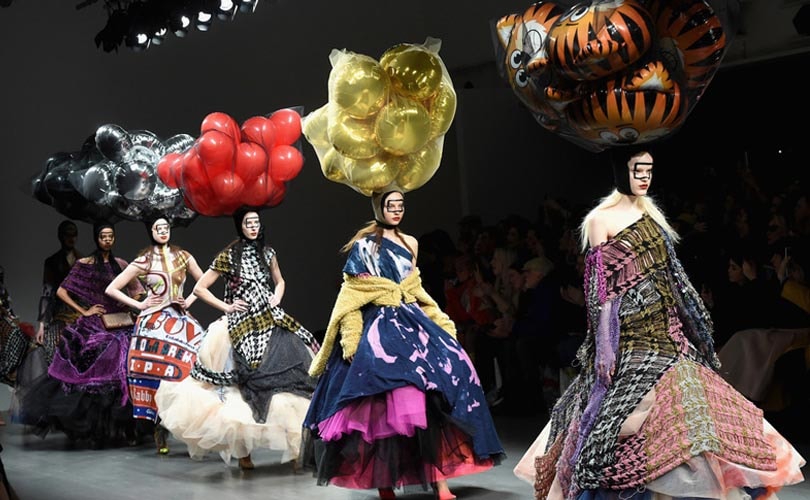 The British Fashion Council officially opened London Fashion Week on Friday, which saw its new Chairman, Stephanie Phair see in her first womenswear catwalk season since her appointment in May.

"This is my first official London Fashion Week as Chair of the British Fashion Council and I can’t wait to see the talent that I know London has," Phair enthused.

"The story I am keen to tell this fashion week, is that behind the creativity we will see on the catwalks, there are strong business stories, that London is THE global fashion capital and that the businesses here and talent that studies here fuels creativity and innovation around the world."

"When I agreed to take on this role, I knew that as an industry we are facing extraordinary challenges, much brought on by the disruption in digital. I know that my background in digital will play a role in helping us shape some ambitious plans for change, putting digital innovation front and centre. I really believe that in times of change that there are the most opportunities, and my experience has taught me that success comes from embracing and harnessing change, not running away from it."

"This week we should rally the support of industry, consumers, the city, the creative industries to champion fashion businesses, after all fashion is the ultimate cultural signifier. Beyond music, art, fashion is the most visible express of self. Fashion empowers us, it defines a sense of self and no place more than London celebration difference while bringing people together. And in time of politic division, when border seem to be closing, it is important that we celebrate what can unite."

Caroline Rush, the BFC's Chief Executive stated: "There is no better city in the world for fashion and no better place to see the breadth of British and global fashion talent than here, at London Fashion Week."

British fashion is worth 32bn pounds to the economy

"We have new data – we are worth 32 billion pounds in GDP to the British economy, that’s 5.4 percent growth against the economy’s 1.7 percent, representing 890,000 jobs, again an increase of 1.8 percent, again outstripping national growth figures – so some really good news stories for our industry."

Margot James, Minister of State for the Department for Digital, Culture, Media and Sport, also saw in her first London Fashion Week and stated: "Government is committed to giving creative firms across the country the support they need to compete on the global stage. To help these businesses fulfil this ambition we recently announced over 4m pounds for the new Creative Industries Trade Board, which funds fantastic projects like the British Fashion Council’s LONDON show ROOMS in Paris."