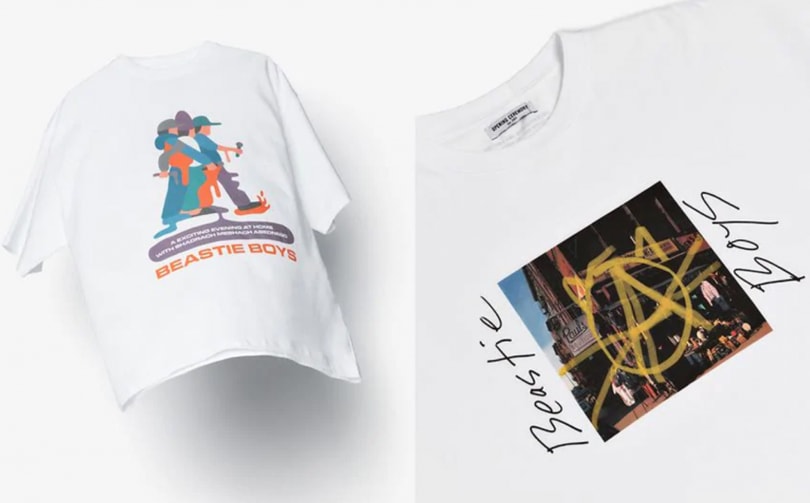 The collaboration, inspired by the group’s music, was created in line with the launch of the new documentary ‘Beastie Boys Story’, which commemorates the 26-year anniversary of their album ‘III Communication’.

For the collection, Opening Ceremony paired the classic album covers of Beastie Boys with those of other artists, including Kim Gordon, Raymond Pettibon, Bill McMullen, Geoff McFertride and Nejc Prah.

“We’re all trying to tell stories in the most authentic way, and we apply this method to everything we do,” said Humberto Leon, co-founder and creative director of Opening Ceremony in a statement. “We proposed the idea of taking their classic albums and singles, pairing them with relevant artists, and creating new versions of the album covers. They each created new works based on albums they love.”

Leon has been a fan of Beastie Boys since a young age and was first introduced to Adam and Mike through their long-term friend Spike Jonze, whom he had also collaborated with in the past on the ‘Where the Wild Things Are’ collection.

Prices of the Beastie Boys x Opening Ceremony collection range from 99 pounds for a t-shirt to 395 pounds for a boiler suit.