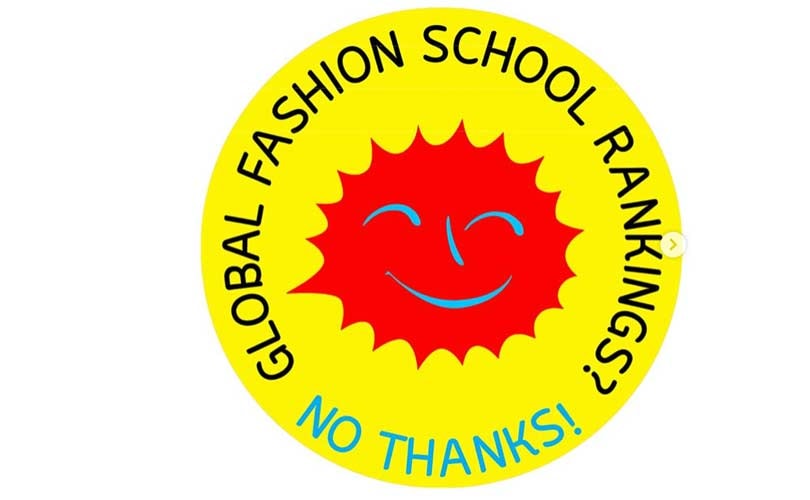 The value of education has never been more under the microscope with fashion education booming, tuition sky-high, and more fashion programs and fashion graduates entering the marketplace than ever before yet no corresponding marked increase in jobs. The spike in interest among young people towards a fashion career, known as the “Project Runway Effect,” has led to an oversupply of designers and in turn to the emergence, three years ago, of the Business of Fashion's Global Ranking of Fashion Schools. Almost overnight it became a standard bearer that no one publicly questioned. But as a fashion instructor, I could foresee how the desire to rate highly on this list, and advance from year to year, might become enmeshed with school morale, perceived legitimacy, donor satisfaction, and industry reputation all of which could potentially trickle down to affect the students’ learning experience. 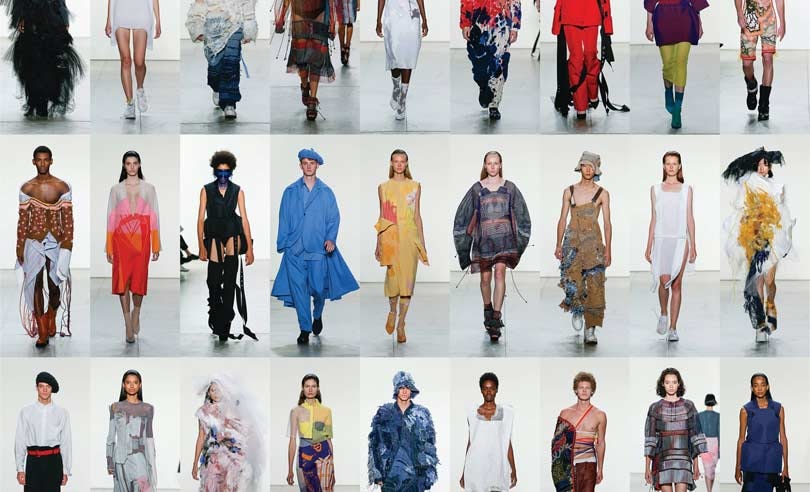 Thanks, but no thanks

Which is why the decision communicated this weekend by Parsons MFA Fashion Design & Society program, to withdraw its participation in the rankings is so laudable. The MFA program is only five years old but entered the rankings last year at #8. Parsons undergraduate program occupied the #2 spot for 2017 and as yet there has been no announcement from the school on whether it will withdraw also. But immediate support came from Jennifer Menniti, Department Chair of Fashion at Pratt, who responded on Facebook, ‘Thank you, Parsons! Pratt Fashion stands in solidarity with you. We also decided to no longer participate in the rankings created by BoF for the reasons you state.’ The ensuing conversation on whether other programs, nationwide and globally, will follow suit essentially pits the individual integrity of the philosophical mission of each school or program against BoF’s one-template- fits-all popularity contest so indicative of our reality-TV modern culture. It could provide an opportunity for some much-needed soul-searching to occur inside the nation’s hallowed halls of learning, the effect of which could transform the industry at large. Parsons MFA director, Shelley Fox, in the school’s official statement lists four reasons behind their decision, the first being their disagreement with a main criteria of BoF’s assessment: rate of graduate employment. Describing our industry as the ‘2nd biggest polluter’ and in ‘a place of undeniable confusion acknowledging its slow structural collapse,’ Parsons objects to the idea that schools should set out to slot students unquestioningly into the current broken system and consider it a measure of success.

Responsible for a Revolution

The statement reads “It is irresponsible to participate in any ranking system that considers enrollment into an industry that promotes unhealthy consumerism; a behavior that has been nurtured and manipulated by the industry for the sake of revenue and growing businesses, and in return contribute to the destruction of our planet and the future of our existence." As an educator in this competitive yet highly negligent industry, I am forced to endlessly examine if I am providing students with what I believe to be the right knowledge (often moral rather than skills-based) and find myself conflicted between the damage our industry inflicts and my continuance to operate within it. My mandate of preparing students for that industry while remaining highly critical of it has only been strengthened by Parsons decision. It takes pioneers to inspire pioneers. Stepping off to reflect instead of blazing forward regardless is what’s needed if we are to move forward. Reminding us that a revolution does not happen overnight, Parsons places emphasis on being able to ‘imagine the impossible’ over being ‘programmed for a role.’

While it has been somewhat disheartening during these three years of the list’s existence to see respected century-old institutions regarded as commodities, being selected like players up for the NFL draft, that had swiftly become the new reality. But Parsons MFA takes issue with the idea that schools should be in competition with each other explaining that many of their student body and faculty members were previously educated at rival schools, and express gratitude for the diversity of knowledge and experience they bring to their program. This collaborative spirit feels in tune with the Millennial and Gen Z mindsets and casts the Business of Fashion's approach in an outdated light with, at its core, a clique mentality and peer pressure as its fuel. 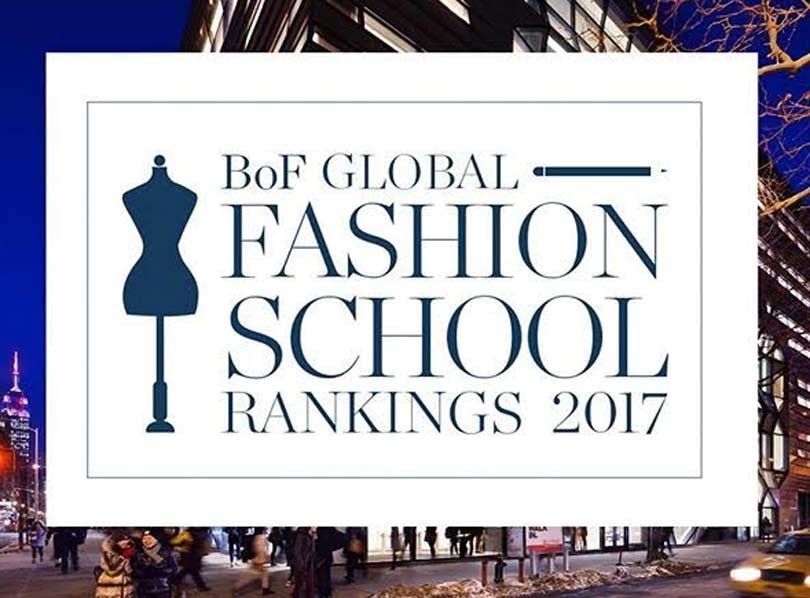 A concern that most students from schools across the country will have had at one time or another (and most likely their parents too) is whether their degree is as worthy as one from an NYC school, where the fashion industry exists right on the doorstep. Comparing a school in the midwest with one in Manhattan certainly isn’t comparing apples to apples which Parsons also acknowledges stating that each school has ‘its own challenges from a geographical and budgetary perspective’ that are not figured into the Business of Fashion’s calculations. Schools located in large metropolises versus those located outside should not be viewed as superior or inferior; location ‘merely presents a difference,’ says Parsons. ‘A difference that should not be challenged by a rank.’

The statement ends with concern regarding a conflict of interest surrounding the ranking system itself. A year after its creation and after ‘institutions voluntarily handed over all their data in the hopes to become part of a seemingly much sought after ranking’ BoF launched their own educational courses, potentially benefitting unfairly from the information they learned and thereby setting themselves up in competition with the schools while appearing to remain outside the educational system.

Oscar Wilde said, ‘Education is an admirable thing, but it is well to remember from time to time that nothing that is worth knowing can be taught.’ Parsons advocates for the pursuit of autonomous learning and uncharted paths, asserting, ‘From our perspective education should be a time where students can explore, research, fail, discover, build confidence, be challenged, articulate awareness and create a real sense of responsibility in the roles they seek to fulfill – whether these are roles that currently exist or ones that still need to be carved out.’ More than ever we are in need of mold breakers and revolutionaries, not self-serving showboaters seeking a hollow moment of glory. Our esteemed institutions might successfully maintain their leadership positions by not vying for the number one spot. All the same, someone always needs to be first. Bravo to Parsons MFA.

By contributing guest editor Jackie Mallon, who is on the teaching faculty of several NYC fashion programmes and is the author of Silk for the Feed Dogs, a novel set in the international fashion industry.