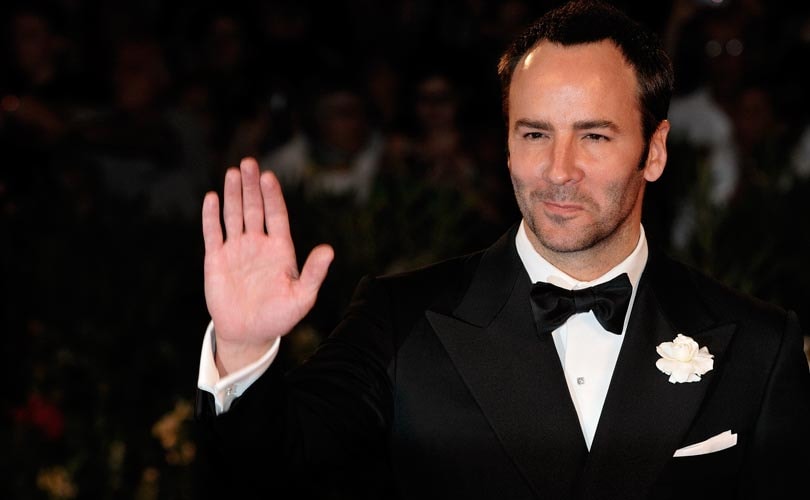 As we step over the critical carnage of Hedi Slimane’s debut collection for Celine, and the puzzling disappointment of Riccardo Tisci at Burberry, let’s regain perspective by reviewing some key moments throughout fashion’s history where the hired gun at a beloved house shot himself in the foot but still hobbled on towards victory. In fashion no one is too big too fail.

One such example who happened to be seated front row at Celine last week also notoriously lost 92 lbs so that he could wear clothes designed by Slimane back in 2001. While Karl Lagerfeld can do no wrong at Chanel, it wasn’t always so. When he joined the company in 1983 after being paid a reported 1,000,000 dollar annual salary plus perks, he was working 16-hour days preparing his first collection––haute couture no less–– inside the famous rue Cambon atelier where, according to WWD there was a “‘them against us’ friction between the Chanel regulars and the Lagerfeld camp.” WWD’s subsequent show review wasn’t any more positive as they complained of bulky fabrics, unpressed clothes, and that Lagerfeld “committed too many Chanel Dont’s and not enough Do’s.” Karl’s response? “Even if she never did it this way, it’s very Chanel, no?” Thirty years later, having rescued the storied name from the brink of extinction he’s as much associated with the house as its founder.

And what if the founding designer is still alive to witness the swearing in of his successor as happened when Tom Ford was appointed Creative Director of Yves Saint Laurent in 1999? The esteemed French couturier was contemptuous of the Texan’s taste but as business grew under the newcomer, the founder grew only more hostile, with Ford telling CNBC in 2015, ”I do have some letters in his hand. I remember one line was 'in thirteen minutes you've destroyed 40 years of my work' or 'my life's work' or something like that.” Ford’s vision for YSL, and previously Gucci, jumpstarted global fashion into the 21st century, enticing a new generation of consumers to two iconic but slumbering houses. But his opinion of Saint Laurent who died in 2008 and his business partner Pierre Bergé? “So difficult and so evil and {they} made my life such misery.”

A similar clash between the establishment and the bold new talent occurred at Givenchy in 1996 when 27-year-old British designer Alexander McQueen, referred to by the press as “the hooligan of English fashion,” took over creative direction of that post-war citadel of decorum and politesse on Avenue George V, and promptly dismissed Hubert de Givenchy as “irrelevant.” Having never worked in haute couture before, McQueen’s appointment horrified the ancien regime, sales bombed, and even McQueen himself retro-reviewed those collections as “crap.” In hindsight, Givenchy was a critical stepping stone in the designer’s personal journey to change the landscape of luxury fashion, which he did, but had to blow up a few bridges along the way.

A debut so roundly skewered as to become the stuff of legend is Marc Jacobs’s 1992 “grunge collection” for Perry Ellis. The thrift store styling of silk shirts mimicking flannel, floral polyester mimicking silk, cartoon t-shirt prints, bobble hats, and Doc Martens, coincided with the rise of Nirvana, MTV, “heroin chic,” and directly reflected what was happening on the street. But as a result, Jacobs was put out on the street, fired, and not only that but Perry Ellis was shuttered. Even the usually foresighted Cathy Horyn wrote in the Washington Post, “Grunge is anathema to fashion, and for a major Seventh Avenue fashion house to put out that kind of statement at that kind of price point is ridiculous.” But it cemented Jacobs’s cool, even recalling the howls which went up around young Yves Saint Laurent’s scandalous 1971 “Libération” couture collection which also reflected the street, not least because his models were compared to hookers. The influence of Marc Jacobs’s collection for Perry Ellis still resonates a quarter of a century later, he would go on to spend fifteen years at France’s luxury powerhouse, Louis Vuitton, and in 2015 Horyn retracted her opinion.

After four years of exile for his drunken anti-semitic tirade, John Galliano’s first show for Margiela in 2015 proved to be a happening despite the uproar caused by his appointment at the Belgian house. The hire seemed an about-face for the house of Margiela whose founder’s entire career occurred behind an invisibility cloak. However, the formerly flamboyant ringmaster racked by scandal and written off in the court of public opinion, quietly picked up the gauntlet and proved his talent needed none of the theatrics of old. Ever since, his collections for Maison Margiela have become fashion week must-sees, poignant reflections on our changing society, and an unexpected evolution of the founder’s avant-garde legacy of deconstruction and surrealism. Alexandra Shulman commented in Vogue at the time that those who lament his return “will be the poorer for it. He is unquestionably one of the most imaginative designers of his age and he has done all he can to pay his dues.” To this day there are those who will never forgive his outburst but his fashion credentials fly as high as ever.

There have been countless other poor pairings, full-on flops, even a few travesties: The outrage greeting untried 25-year-old Stella McCarney’s 1997 Chloe gig was so cloaked in resentment of her famous surname no one could see the leather-free sustainability-focused industry leader she would go on to become. Possibly the less said about Alexander Wang’s uninspired stint at Balenciaga, the better. And Lindsey Lohan’s forever-in-finger-quotes “creative consultancy” at Ungaro doesn’t deserve further mention as she was not a designer. But when the dust settles on the big disappointments of the Spring 2019 season, will we be left wondering, as Cathy Horyn did reflecting on her criticism of Marc Jacobs: “Why were those of us in attendance such a miserable chorus of condemners?”