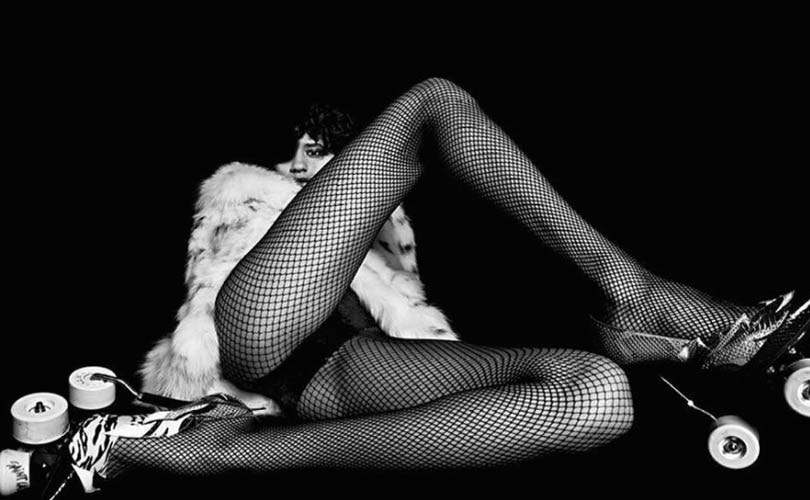 France's advertising regulator has ordered fashion house Saint Laurent to remove posters of extremely thin models in "degrading" poses after an outcry over their appearance around Paris. The campaign features a reclining woman in a fur coat and fishnet tights opening her legs and another of a model in a leotard and roller skate stilettos bending over a stool.

Stephane Martin, head of advertising regulator ARPP, told AFP Tuesday that his organisation had received 120 complaints over the way the posters depicted women. The authority bars all "degrading and humiliating" representations of people. It has written to Saint Laurent asking them to "stop the use of these images, to withdraw them or to change them," Martin said, explaining that a more detailed assessment of the campaign would be made on Friday.

Britain's advertising watchdog banned a Saint Laurent advert two years ago that featured an overly thin model whose ribcage was showing. The latest campaign was created in-house by Saint Laurent, which is under new young Belgian designer Anthony Vaccarello whose debut collection featured a dress that exposes one breast.

Saint Laurent has declined to comment. Ironically, the label made its name by putting women in men's tuxedos, a gesture that chimed with the rising feminist wave of the 1970s. The poster campaign "ticks all the sexist boxes. The women are objectified, hypersexualised and put in submissive positions," Raphaelle Remy-Leleu from French women's group, Osez le feminisme ("Dare to be Feminist"), told AFP. (AFP)