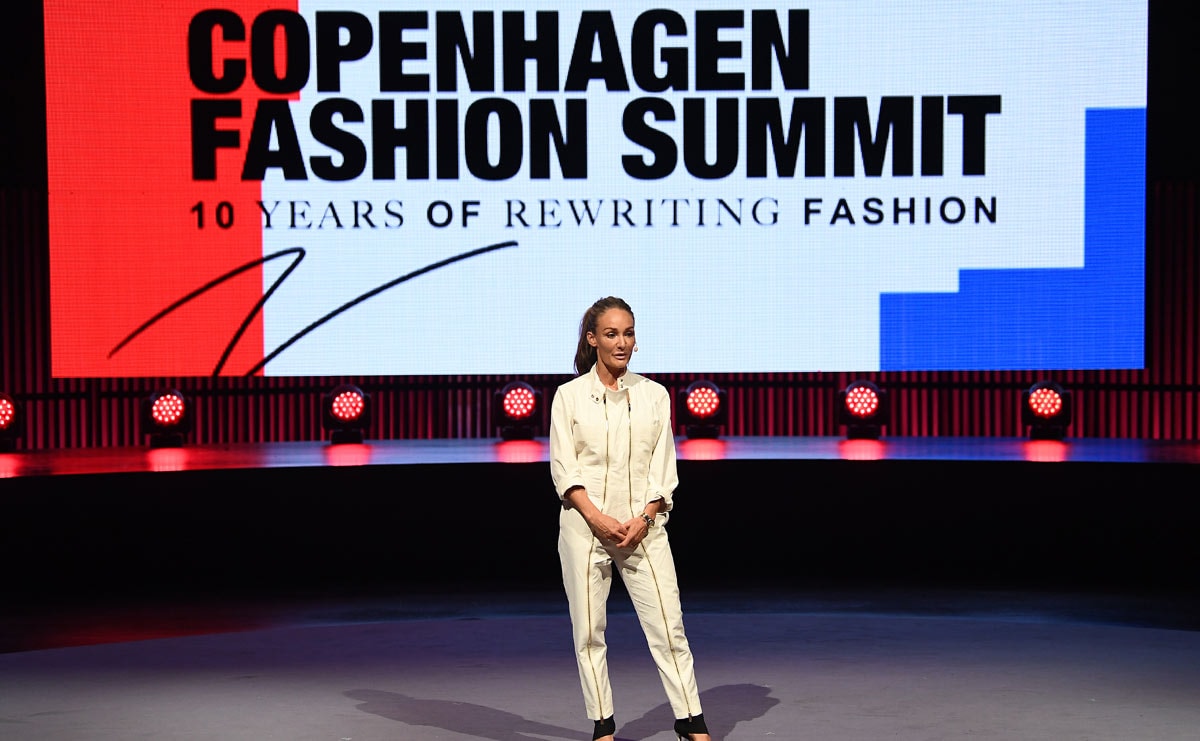 The Copenhagen Fashion Summit, one of the biggest events about sustainability in fashion, celebrated its 10th anniversary this week with a revamped two-day format. The milestone inspired most participants to take a look back at the achievements and mistakes they made over the last decade and how they can inspire changes in the ten years to come.

“When we held the first summit ten years ago, few industry leaders recognized the importance of changing the way our industry produces, markets and consumes fashion. Fortunately, its significance is highly recognized today,” said Eva Kruse, founder and CEO of Global Fashion Agenda, the organization behind the Copenhagen Fashion Summit, in a statement released ahead of the event.

There’s no doubt the industry has come a long way. Vanessa Friedman, Fashion Director at the New York Times, confessed on the second day of the event that she didn’t really know what the term “sustainable fashion” meant the first time she was invited to the summit. Mike Barry, Director of Sustainable Business at Marks & Spencer, said the company used to not associate the idea of reducing waste to its fashion division. “Ten years ago, sustainability was all about food. Today we’ve utterly changed that view.'' Nike wouldn’t even conceive using recycled polyester the way it does now, according to its Chief Sustainability Officer, Noel Kinder.

Anna Gedda, Head of Sustainability at the H&M Group, noted that “ten years ago, we were talking about legal minimum wage. Now, we are talking about fair living wage”. Marissa Pagnani McGowan, Senior Vice President of Corporate Responsibility at PVH Corp, agrees: “the wage conversation used to get an eyeroll”. Luckily, not only has the industry become more open to discuss its mishaps and shortcomings, but it is also much more open to collaborate in sustainability efforts such as the Sustainable Apparel Coalition and the Bangladesh Accord on Fire and Building Safety. “The level of cooperation that we’re seeing now is unprecedented,'' said McGowan.

The consumer has evolved in the last ten years, too. “We get so many questions from our customers. Everywhere, not only in Western countries, people are asking questions about traceability, animal welfare, carbon emissions. Business people now understand it’s something very important. Even the sales clerks at out boutiques are telling us these questions keep coming up,” noted Kering’s Chief Sustainability Officer and Head of International Institutional Affairs, Marie-Claire Daveu.

Is the industry moving fast enough, though? Not really, according to most panelists. Roger Lee, CEO of Tal Group, an Asian apparel manufacturer with over 10,000 employees, gave the audience a shock of reality when he revealed his business hasn’t received “any additional orders because we’ve made changes to be more sustainable. Brands don’t ask about it. They don’t care. For most brands, as long as you tick a few boxes, that’s enough.”

This year’s event was marked by a sense of urgency, as we only have ten years left to achieve the UN Sustainable Development Goals and to keep global warming to a maximum of 1.5C as stipulated by the Paris Agreement. 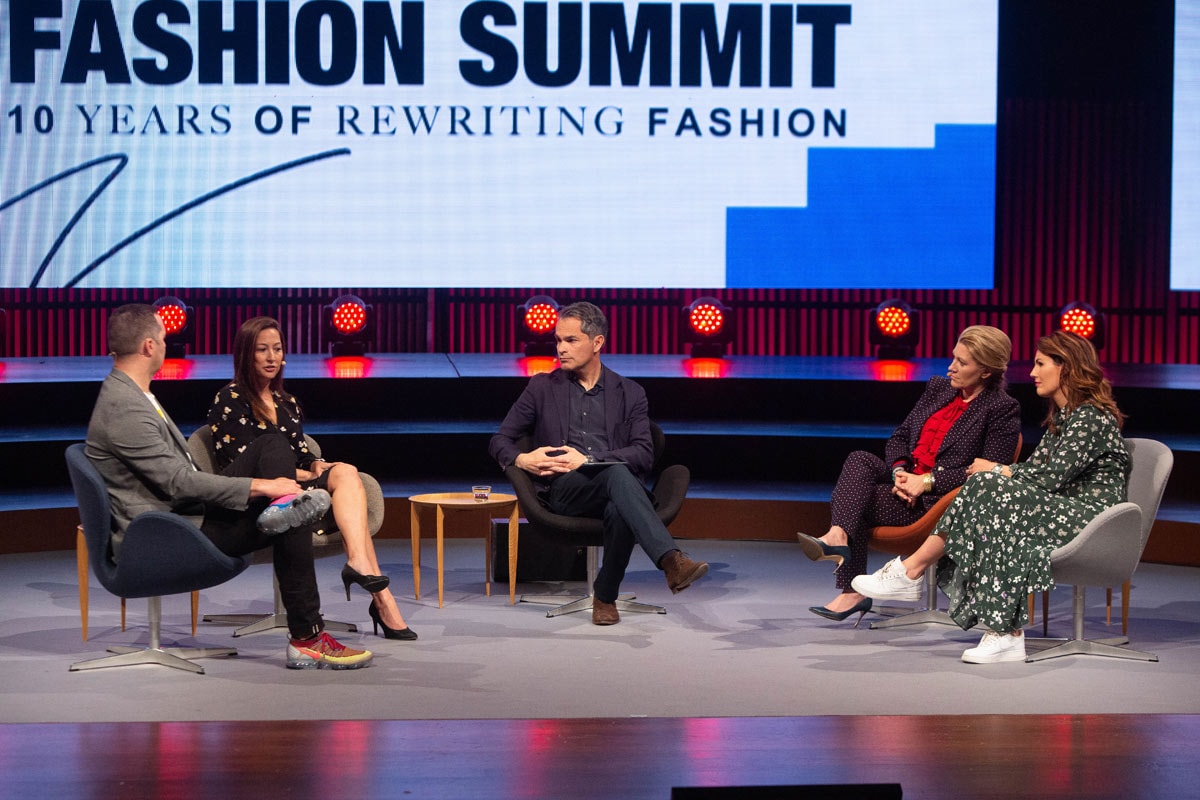 Companies must unite to act faster on climate change

Several panelists stressed the need for more committed CEOs who should work closely with competitors towards achieving a concrete set of industry-wide goals. “There is a lot of technical collaboration, but there isn’t chief executive collaboration,” noted Barry from Marks & Spencer. “We need to get those chief executives in a room in 2020 as we only have ten more years”.

Barry stressed that this is not only a question of morals, but of turnover as well, since governments are likely to pass laws to punish companies which insist on harming the environment. “If we do not change, we will be heavily taxed. The financial cost to all of us will be enormous.'' Adopting sustainable practices is also a means to attract and retain talent. “To keep people motivated and happy, they want to feel that they work for a good company,” McGowan, from PVH, commented.

Gedda, from the H&M Group, said that companies should be careful not to turn their sustainability efforts into a rat race. “Sustainability should be a non-competitive area. We shouldn’t create more competition in sustainability than collaboration.”

However, even when competitors are willing to join forces for a greater good, the lack of substantial data about their fragmented supply chains can hinder the efforts. “Everybody says CEOs need to change but at the same time I don’t think they have sufficient data. There’s no common set, a holistic set of data that CEOs can take and understand,” lamented Lee (Tal Group). “It’s not up to each brand to decide what transparency means,” added Friedman from the New York Times.

Google Cloud, a branch of the Silicon Valley giant, offered to help the fashion industry in that regard. The company announced an open tool for data collection and analysis about the impact of raw materials such as cotton and viscose, looking to aid fashion brands in making “responsible decisions”. The project, which is still in its early stages, depends on companies to share data about their production process and supply chain voluntarily. Stella McCartney is Google’s first partner.

The newly-formed Higg Co, a spin off from the Sustainable Apparel Coalition, also stressed how important it is for CEOs to integrate data into their decision making. “In the past 10 years we’ve learned the value of collaboration and that measurement works. But we’ve also learned that it’s not enough. We might get complacent with these things that are just the start. Measurement is not a means in itself. We need to set goals,” said Jason Kibby, CEO of Higg Co. 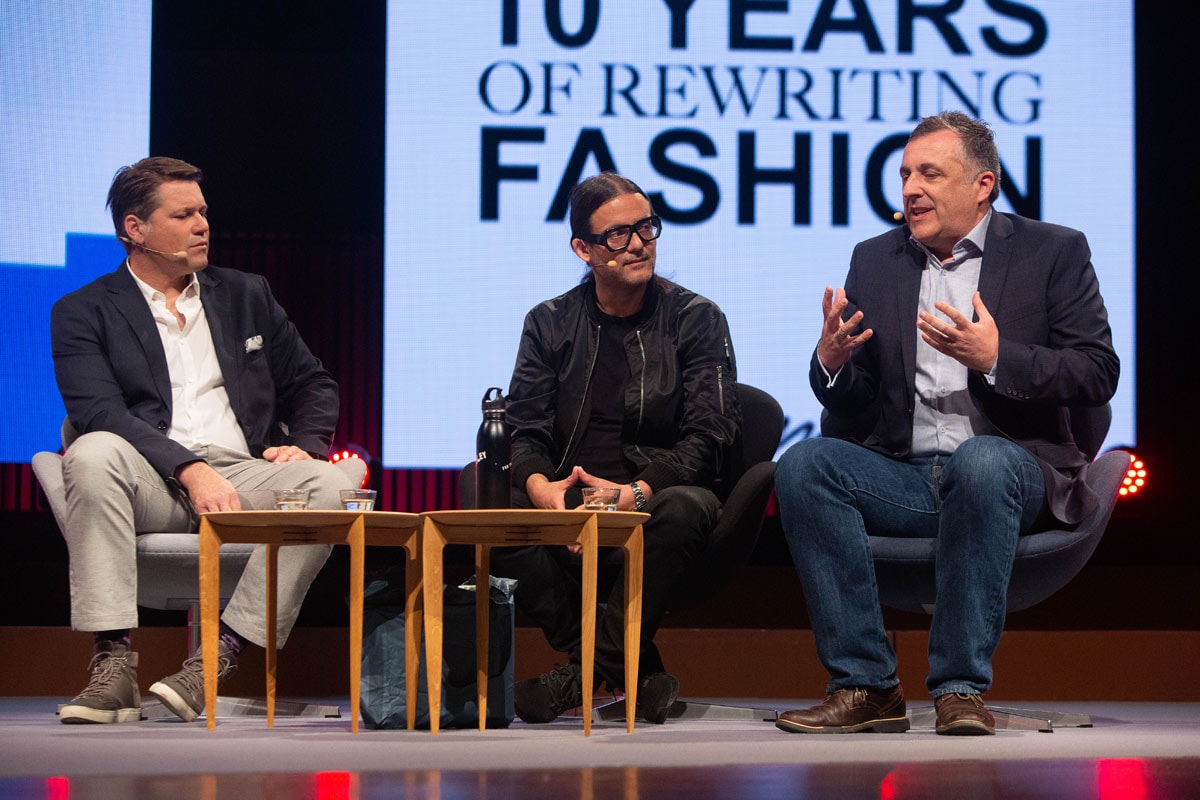 - Nike announced a Circular Design Handbook to provide designers and product creators across the industry with a common language for circularity.

- Kering committed to only hiring models over the age of 18.

Did you notice that most of these initiatives use the word “circular” instead of “sustainable”? That’s not for nothing. One of the main takeaways from this year’s summit is that fashion companies are finally waking up to the fact they should take responsibility for what happens to the clothes they make after consumers no longer want to wear them. “Circularity was a foreign concept a few years ago. Now it’s accepted. It speaks to what’s happening behind the scenes,” said McGowan from PVH Corp. “Circularity was not in our map five years ago, celebrating these victories is really important. But, ultimately, circularity is about a mindset change. It requires big companies with a lot of processes and systems to approach things in a completely different way, and that takes time,” said Gedda from H&M. 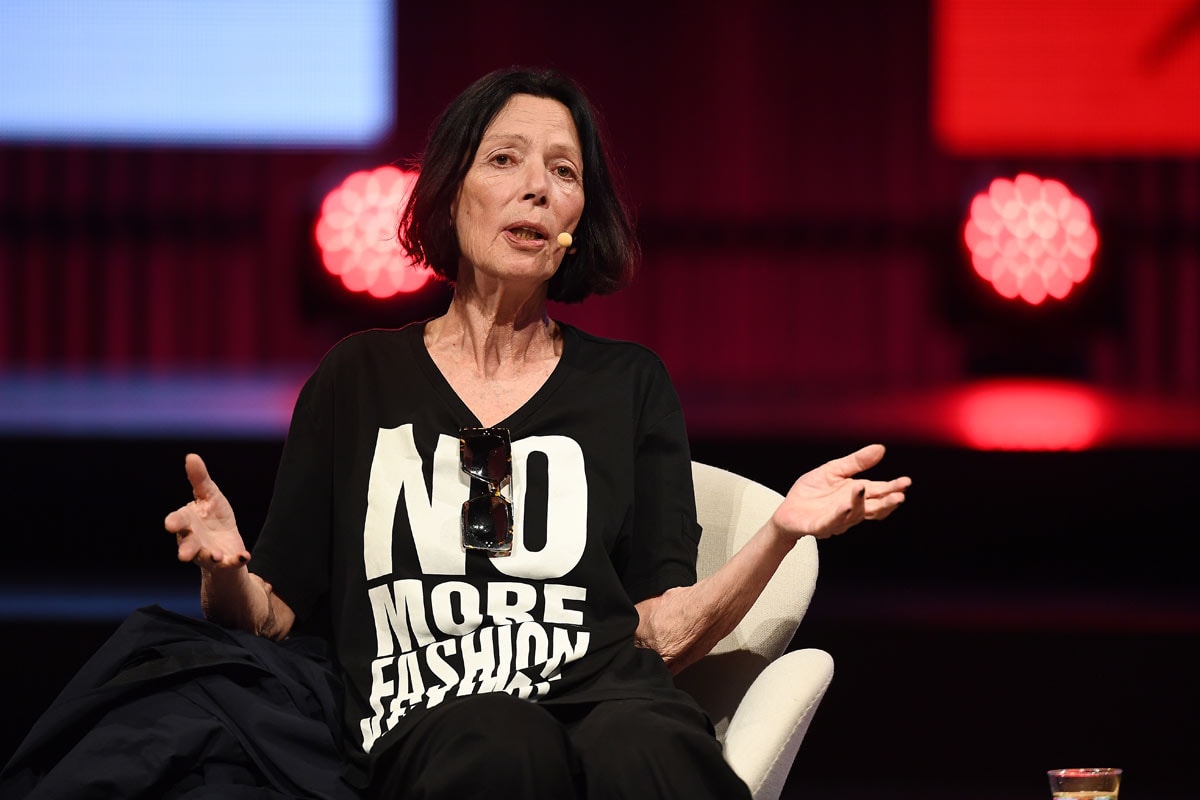 Although the 10th Copenhagen Fashion Summit was dominated by a sense of urgency, some topics seem to remain a taboo. When asked by someone in the audience about how to reconcile sustainability with shareholders’ expectations of growth, three out of the four executives onstage (Kering, PVH and H&M) declined to comment. A subsequent talk about reducing consumption and redefining the dominant concept of growth -- “the elephant in the sustainability room”, in the words of the summit’s organizers -- featured no representatives from fashion companies. The panel included an activist, a model and two journalists.

Katherine Hamnett, not one to shy away from controversial topics, closed the event by putting its very existence into question. “We shouldn’t even be reunited here in Copenhagen when we could have done this digitally. We should all be ashamed of our carbon footprint.”